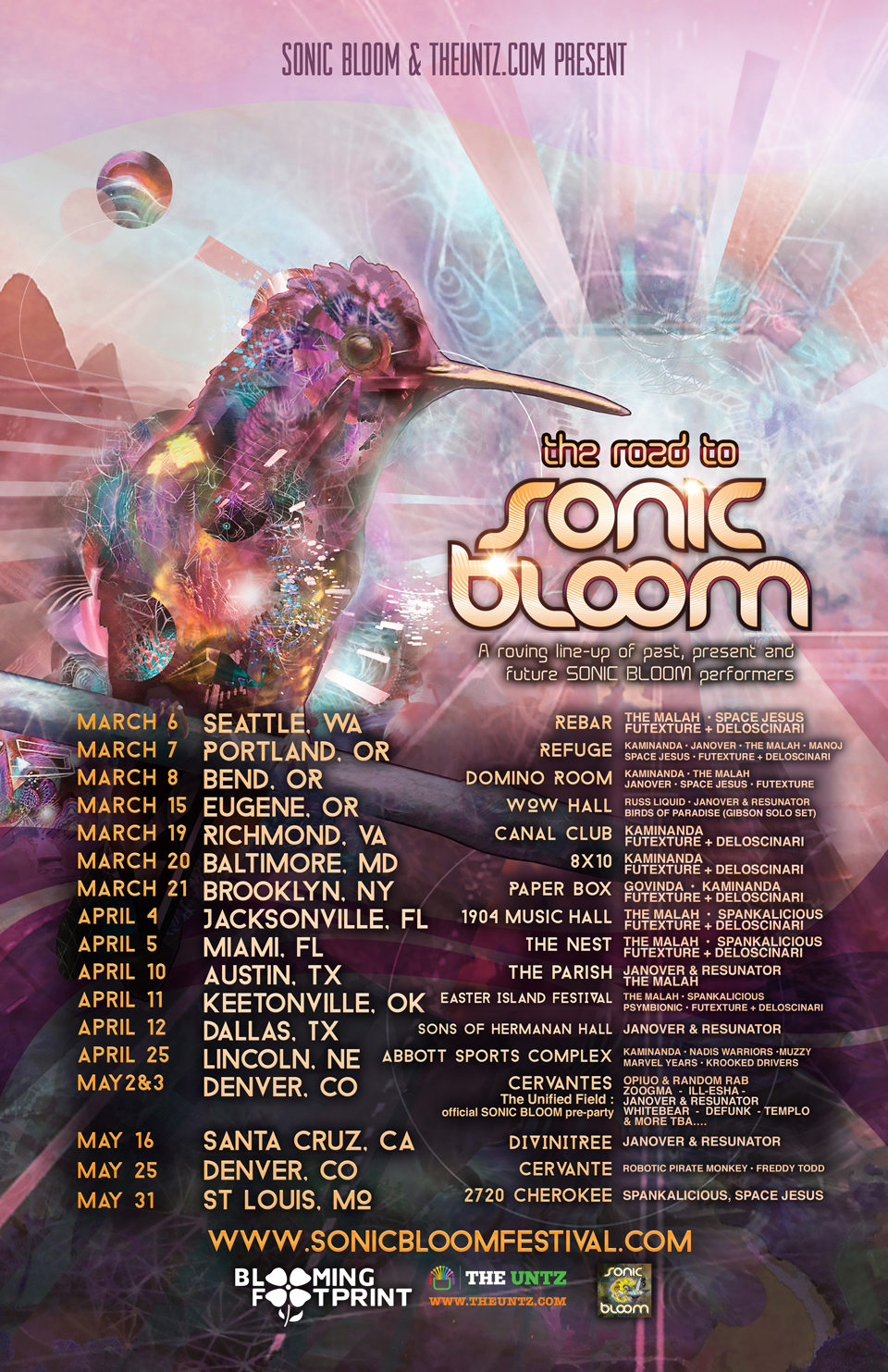 After a run of dates in the Pacific Northwest, mid-Atlantic, and the mega successful Unified Field two-night pre-party in Denver, CO earlier this month, as well as a ripping good time again in Denvegas last weekend, the Road to Sonic Bloom 2014 tour finally comes to a close in the middle of the country.

Spankalicious and Space Jesus will bring the Sonic Bloom vibe to 2720 Cherokee in St Louis, MO tomorrow, May 31st, to put an exclamation point on run that snaked its way from Seattle, WA up in the Pacific Northwest, all the way down to Miami, FL at the very southeast portion of the contiguous 48. Grab your tickets here.

Jasha Tull, a.k.a. Space Jeezy will bring his trippy, trappy vibe from New York, spreading his psychedelic take on subsonic groove. The Smokers Cough act was able to kick off the tour out west, and now closes it out, as well.

The Road to Sonic Bloom date will also serve a dual purpose as a ThazDope Records release party in the don's home state of Missouri. Kevin Moore's crew of up-and-comers from the midwest will descend upon the festival in June, as Spankalicious was added to the roster with the final wave.

TheUntz.com is thrilled to be sponsoring this tour that leads up to the premier boutique electronic music festival, Sonic Bloom, which is breaking in a new location this year, American Safari Ranch in South Park, CO. The festival will take place June 19-22, and features headliners Tipper, EOTO, The Polish Ambassador, Kalya Scintilla, Desert Dwellers, and so many more incredible acts.

Expanding to a capacity three times that of past years, the festival has expanded to epic proportions, adding heavy-hitter Simon Posford for a Shpongle DJ set just a couple weeks back. The laundry list of transformational acts is unmatched anywhere on earth, and this year's festival is set to blow your hair back.

Grab your tickets at sonicbloomfestival.com and we'll see you on the mountain!