When most people think of Arkansas, their first thought isn't "neck-snappin' funk," but that's all about to change if RECESS has its way. Perched on the border with Oklahoma, Drew Birch and Ian Gilley are bringing future funk to the Bible Belt. The guitarist and keyboardist (who both produce) have been buried in the studio for two years, but are now on the verge of releasing a brand new EP, and they've already impressed some important players. Showing up on GRiZ's All Good Records' mixes here and there, and popping up on stage here and there in the Plains states, this duo is all about that technique.

Today's premiere of "At Midnight" demonstrates the incredible production touch this pair possesses. Vintage soul samples are integrated tastefully with jazzy licks and plenty of beats and bass. It doesn't sound like a mish-mash. Rather, it sounds like all the elements were recorded live in the studio at the same damn time. These guys are already miles ahead of a mountain of their contemporaries in the electro-soul circuit. And dig that shredding solo in the back half.

We were so impressed with this duo, we had to pick their brains and figure out just where the hell they're coming from. 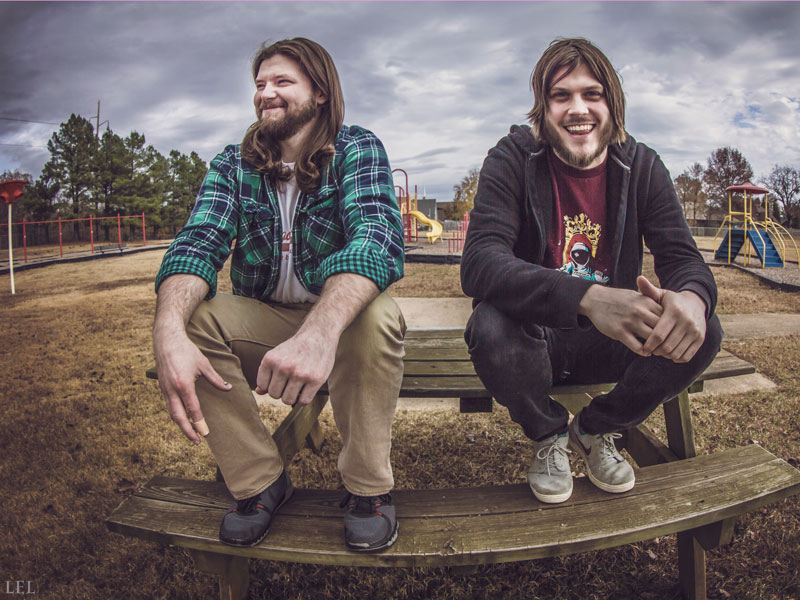 Fort Smith, Arkansas seems like an unusual place for a future funk duo to come--what's the music scene like there?

It’s a bit stark, but it’s slowly growing. There is no shortage of cover bands, country, rock, and blues… but there are shades of like-minds around here too. We have a few friends in the area becoming successful in the EDM world as well. Part of the lack of a true music scene is really what keeps us hibernating and creating.

Who are the acts you're looking up to and saying "yeah... we want to have careers like that."

We really look up to the artists that are carving their own paths as musicians. Whether it be Cory Henry from Snarky Puppy or Eric Krasno from Lettuce/Soul live… we want to have that type of versatility. The ultimate goal for us is to be submerged in musical projects/collaborations; anything from RECESS shows or recording, sitting in with other artists, or creating whole different style of record. I think that’s the best way to evolve as a musician and really push yourself beyond your limitations.

There's such a soulful, classic hip-hop sound in your work. Who are the biggest influences to you when it comes to those legendary names?

Both of us grew up on classic 90’s r&b and hip-hop, so there are definitely tinges of that. We spend a lot of time listening to beats though... of course we’ve been inspired by Dilla, Madlib, Pete Rock, Dj Premier… love the warm, dusty drums of that era, but more recently been geeking on Knxwledge, Kan Kick, Chief out of Switzerland to name a few- anyone who’s still throwing around those unique vinyl flips.

Obviously, there's a focus on bringing live instruments into your stage and studio work, but how do you know where that perfect balance lies? When you're not relying too much on programmed sounds, but also not just noodling or overplaying with the live instruments?

We’ve really been experimenting with that in our live sets. We will extend a different section some nights and choose a different platform for which we improv. There are so many options between synths, guitars, electric pianos, organs… they all have such a different feel and can create a new vibe. In the studio it is definitely more refined. Sometimes we will piece it together, other times we will just do a take and go with it. I think a lot of the balance is in letting the music breathe- that can just be instinctual at times.

When you're in a stretch in the studio, do you try to listen to music of your contemporaries, maybe just stick to vintage soul, funk, and R&B for inspiration, or completely shut out all music so as to ensure the originality of your ideas?

Generally we will fire off 3 or 4 different styles of beats/tempos and start formulating ideas from there. Listening to music while writing can make the process a little more difficult. If anything, we throw on something that’s on the opposite end of what we’re doing and maybe take inspiration from that. I think just hitting as many different styles and genres with your own take on it adds something unique to your music.

What can you tell us about forthcoming RECESS projects?

Our 6 track EP should be out soon and we’re really excited about that! In the meantime we’ve been creating and writing new music and just enjoying the creative process. Both of us produce separately as well so we are also working on solo projects. I think we’re mainly just excited to share this EP and see where that takes us. 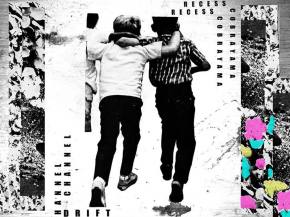 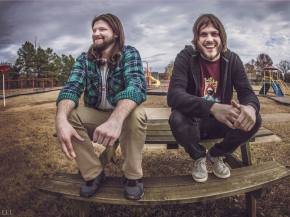 RECESS brings the funk to the Bible Belt, debuts soulful 'At Midnight'