Photos and story by: Kevin Hulse (Head Above Heart)

New Year's Eve is the time to go all out for the last party of the year.  Some of the best bands play their best sets on the last day of the year.

Decadence holds no exception for its 2-night extravaganza at the Colorado Convention Center, which is a massive, multi-room complex.  On December 30th and 31st, the likes of Bassnectar, Gramatik, Jack U, Excision, Deadmau5, Big Gigantic, and many others.  Of course, Deadmau5 does it proper by playing the midnight set.

I decided to check out some artists that I've never listened to before such as JackLNDN, Dabin, Black Tiger Sex Machine, The Floozies, and some of the local artists such as Aviva, and Omega who played the Silent Disco.

I was impressed with the passion of Black Tiger Sex Machine, with their unique set.  A trio of DJ's, wearing literal Black Tiger helmets, with eyes that glow brightly, in which people all the way in the back would be able to see.  Their chaotic set includes flag waving, and table jumping.

Dabin was another impressive artist I checked out. Equal parts live act of playing solo on the guitar, while doing it proper behind the decks.

Aviva, a local in Denver in which I became friends with a few years ago, performed at the Silent Disco. Her specific silent disco channel was red, and judging by the photos, she was in a sea of red. 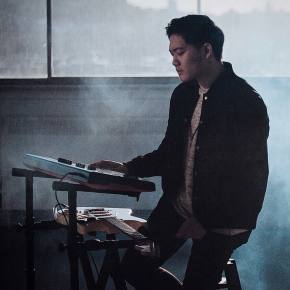