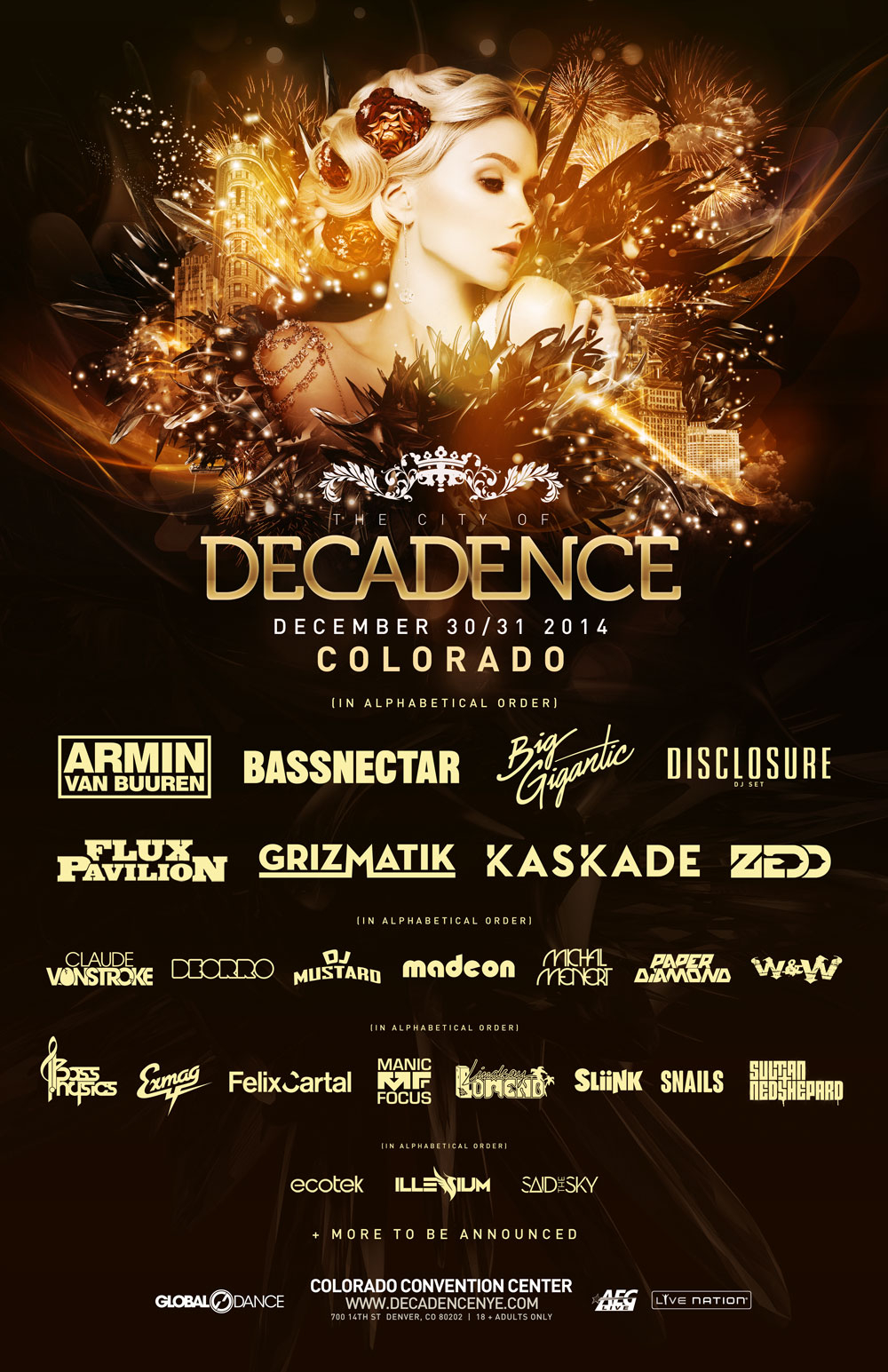 The biggest New Year's Eve Party in North America is rapidly approaching. Once again, Decadence NYE hits the Colorado Convention Center in Denver, CO on December 30th and 31st. Bringing together the BIGGEST names in electronic music from all over the world, and all over the dance music spectrum, there is nothing quite approaching the level of insanity Global Dance has in store for its NYE partiers.

If you need to get pumped up for this monster event, just press play.

On top of the stellar lineup (and why don't we just gaze in wonder at that friggin' lineup one more time), the production is bar none. Wild lights and lasers, stunning visuals, and dazzling art installations await fans at the giant Colorado Convention Center. Each year, Global Dance ups the ante to make the experience one for all the senses.

Travel packages, hotels, VIP tickets, and all sorts of goodies await at decadencenye.com, but you have to act fast, because this once-in-a-lifetime experience is selling out fast!

Feeling lucky? Try to win a PAIR of VIP tickets for the 30th from us! TODAY (December 22nd) is the LAST DAY to enter!!!