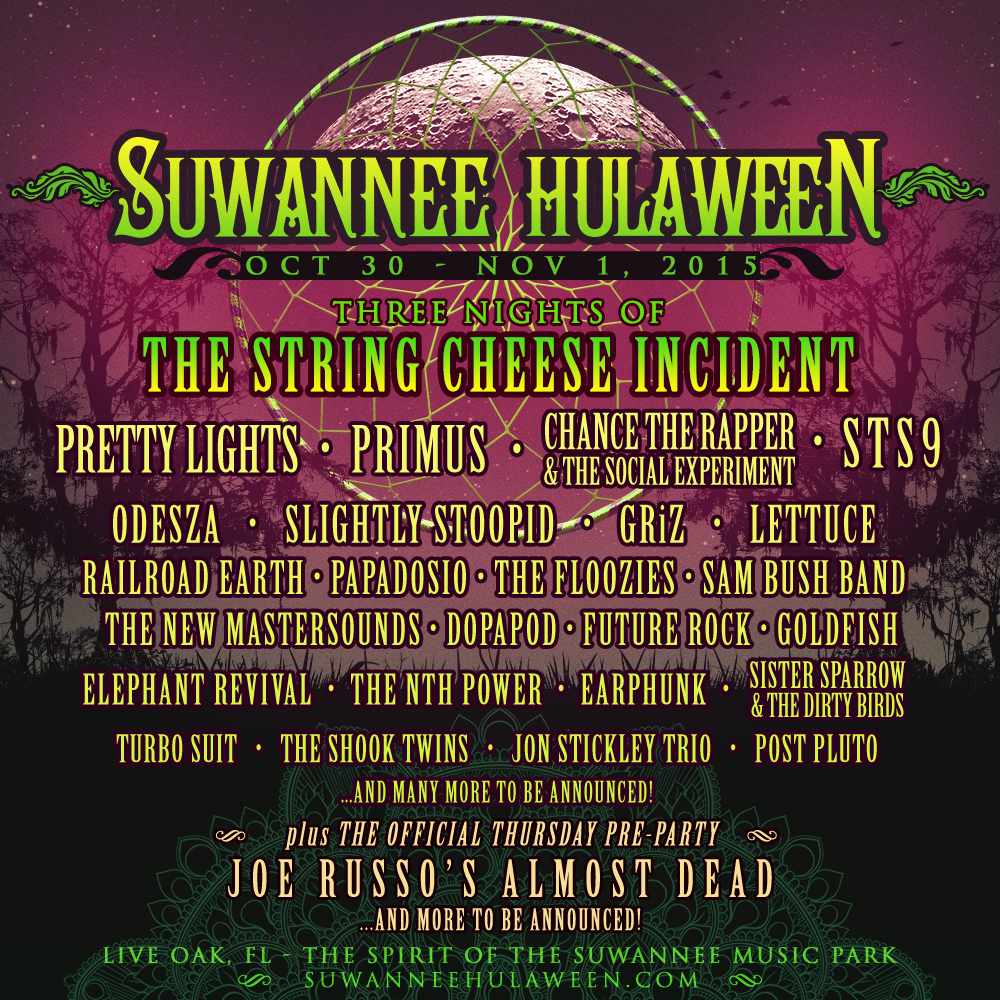 The annual Halloween blowout hosted by The String Cheese Incident in Live Oak, FL has somehow managed to get even bigger this year.

From October 30 - November 1, Pretty Lights, STS9, Odesza, and GRiZ will join SCI at The Spirit of the Suwannee Music Park for the biggest incarnation of Hulaween to date. Promoters Silver Wrapper and Purple Hat Productions have gone out of their way to collect the biggest acts in the electronic, jam, hip-hop, and Americana worlds for a three-night throwdown.

Also joining the bill are UNTZ faves Papadosio, The Floozies, Future Rock, Goldfish, and Turbo Suit. On the non-electronic side of the equation, Primus, Chance The Rapper, Slightly Stoopid, and Lettuce will also be making appearances.

The festival features an expanded art installation zone, Spirit Lake, as well as a Thursday, October 29 pre-party with Joe Russo's Almost Dead. As always, special perks of SOSMP include RV hookups, on-site cabin rentals, and more. More artists will be added to the bill, as well, in the coming weeks.