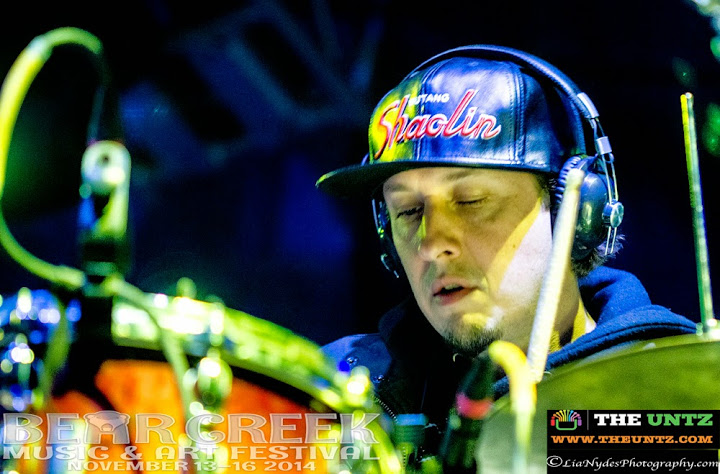 For two decades, one of the most sought-after hip-hop producers and live drummers on the planet has been getting his fingers dirty in every conceivable genre in the contemporary music industry. But it's only in the past half decade that the behind-the-scenes master Adam Deitch has stepped into the spotlight with numerous projects. Between studio work and touring with Lettuce, Pretty Lights, and his live electronic duo Break Science with Borahm Lee, Deitch has kept himself quite busy. He's about to get even busier, because today Deitch reveals his latest project.

Golden Wolf Records is the culmination of the work of a tireless sonic nomad. As a technically proficient drummer and producer, Deitch works in every nook and cranny of music spectrum--not just pegged down to electronic music. With his new imprint, Deitch hopes to find an outlet for not only his own creative output, but also the talented individuals working in the dark corners of the industry much like he has over the years. His 2020 Vision mixtape is a testament to that hardcore aesthetic, spilling over a dozen never-before-heard instrumentals in one fell swoop. Nod your head to this.

Here's what Deitch had to say about the unveiling of his new project:

I'm really excited to debut this Soundcloud which represents my new record label Golden Wolf. Being involved with so many different circles of musicians during my 20-year professional career as a drummer, producer, and songwriter has inspired me to have a home base for some of the original projects I've been fortunate to be a part of. I see the connection points between Hip Hop, Jazz, Reggae, Electro Soul, Rock n Roll, Blues and Funk and intend to work with and combine elements of all these timeless forms and many others for years to come. This Soundcloud will keep you updated with the hottest sounds fresh from the Brooklyn laboratory!

Between producing, touring, and now helming his own label, we're expecting to see a ton of action from Deitch's corner in 2015. Keep it locked.