On Thursday night, the eve of Halloween, the NEW DEAL rolled into Sin City. With them, they brought their revived, improvisational electronic jams to the Brooklyn Bowl Las Vegas just before heading out across the southern states with stops in Atlanta and a Halloween show at Suwannee Hulaween in Live Oak, FL.

It was my first of two nights in Vegas and kicking it off with the NEW DEAL was one of the best decisions I could have made. I arrived somewhat early, and mix-master Wyllys was doin’ his thing on the decks to get the ball rolling on stage, while bowlers littered the bowling lanes to the left of the stage. 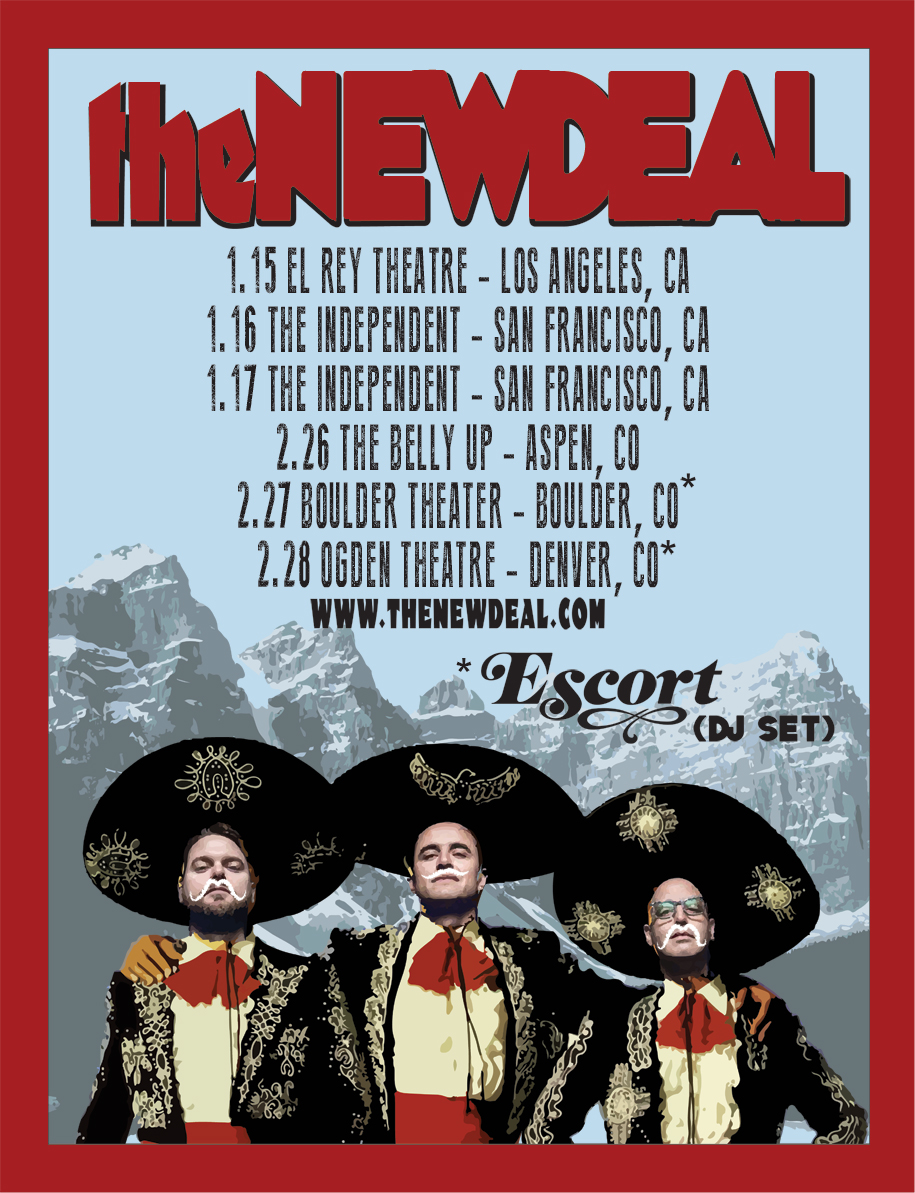 When the Toronto trio made their way to take us by storm, the crowd was in rare form - me included. It was like clockwork. The band is fresh, energized, and incredibly tight. The venue, still shimmering as if it opened yesterday, had plenty of room to wiggle and a heavy supply of energetic vibes radiating across the dance floor. For a second, I had questioned if I bit off more than I could chew. I attribute this to the palpable energy that poured onto the stage between bassist Dan Kurtz, keyboardist Jamie Shields, and drummer Joel Stouffer. These dudes were in their element. I was in their element, right where I wanted to be.

With a stage setup that is simple and minimal beyond the musicians, their computers, and instruments, the layers of music and genres bent are as intricate and composed as ever, improvised with mastery and precision. The chemistry between the three displays a sense of trust, honesty, and passion for sharing the stage together and making live music as the NEW DEAL. Their tank is full, and they’re showing no signs of pumping the brakes.

2014 has been a major year for the NEW DEAL. Having re-emerged over the summer with Stouffer replacing original drummer Darren Shearer, they have recently announced their Winter 2015 Tour along with ‘Sabotage the System’ the tND’s first studio recording in 11 years.

Rounding out the remaining months of the year, the band will hit the Electric Factory in Philadelphia and Terminal 5 in New York City with Conspirator, along with joining Umphrey’s McGee, STS9, The Disco Biscuits, and more for Dominican Holidaze in Punta Cana.