20,000 ravers from 27 different countries descended upon the site of the original Woodstock Festival of the Arts over Memorial Day weekend to get PLURNT at the inaugural American edition of the world’s longest-running electronic dance music and culture festival, Mysteryland.

The festival featured eight uniquely different electronic dance dreamscapes in which to rage, luring an especially kindred-spirited crowd of ragers down the rabbit hole. The various tents, stages, and other spaces spiraled out from the LED-lit castle of cards Main Stage from which headliners Steve Aoki and Kaskade concluded each night beneath epic fireworks displays, and Moby proved he might be the unicorn act of the summer festival season (really though--don’t miss him throw down on the grounds of Woodstock ‘94 this July at The Hudson Project).

Among the various dance spaces there was something for everyone, but the bass was heaviest at the Boat stage which hosted Chase & Status, Brillz, Delta Heavy, Dillstradamus, and others. The crowd surrounding the Boat for most of Sunday seemed liveliest: they tossed their backpacks in neat piles in the mud, rocked their most earnest bass face, and sweat it out. The music brought us there in the first place, but it was the good vibes that accompanied the beats and bass that permeated Mysteryland USA that kept us dancing. We knew we were a part of something; it was added to the history books before tickets even went on sale.

Comparisons between Mysteryland USA and Woodstock ‘69 ran deeper than my formerly long-haired father’s tendency to compare (literally) every summer music festival I’ve ever attended to his experience as a 19 year-old college athlete-turned-activist raging against the dying days of his summer break at those three historic days of peace, love, and music; the comparisons ran deeper than either generation sank into the mud while dancing on the iconic, arguably holy grounds shared only by both festivals.

Mysteryland USA marked the first time since the original Woodstock that the Bethel Woods Center for the Arts hosted a multi-day festival, the result of an over 18-month partnership between festival organizers ID&T and Bethel Woods. The inaugural Mysteryland USA shared more than a sacred space with the original Woodstock: ID&T was only granted access to the location after demonstrating to Bethel Woods the myriad shared values between the two festivals--peace, love, and unity through music, among other things. The security checks at the entrance filed festivalgoers past the Museum at Bethel Woods which remained open to all throughout the weekend, reminding everyone in attendance of the historical importance of the location, but the celebration of the space didn’t stop until the party did, if at all. The Ceremony Field in which Moby lectured on Neuroscience, Music, and Influence on the Brain from a plush storytelling chair commemorated the exact location of the solitary Woodstock ‘69 stage, inspiring Moby to interrupt his own speech to reflect upon the sacred geography. Multiple DJs summoned the spirits of that first festival with samples and remixes of classic Woodstock jams: one standout instance was when Brillz dropped Jimi Hendrix’s Woodstock rendition of the National Anthem.

Just before taking over the Boat at sunset, the certified Twonk god known for his trapped out bass music sat down with The Untz to discuss the holy grounds:

“Basically I grew up playing drums, playing guitar. In my room my favorite poster was the gold Jimi 1969 Live at Woodstock poster, and I’m gonna play his version of the “Star Spangled Banner,” in my set and it’s gonna be epic. It’s a sign from the universe; it’s saying ‘hey man, you’re standing where one of your idols was doing what he loved to do and now you’re doing what you love to do.’ I get to pay tribute to that, while I play my own music; it’s epic being here.”

After killing it on the Boat Saturday afternoon, Lets Be Friends met up with The Untz to chat about the creation of the festival’s theme song. They wanted more than to simply acknowledge the cultural, historic importance of “White Rabbit,” but wanted to make it a festival track. By inspiring the entire crowd to simultaneously chant “Hey! Ho!” when they dropped their “White Rabbit” remix proves they at the very least achieved this goal:

“It was really cool to realize that not only were we now forever to be mentioned whenever that track is mentioned--we have the possibility of them mentioning us with that track which is iconic--but we also made a modern-day festival move inside devotion. We couldn’t ask for more: we’re here; we’re having a good time; and we have a track to commemorate the moment in time. As memories fade and footage can’t be found of the festival, we’ll at least have that one. The track will come on and we’ll always be right back here.”

The conversation with Lets Be Friends of course meandered back to the theme of the weekend: raving on the grounds of the mother of all festivals. Pointing to a plaque on the wall of the Bethel Woods Museum commemorating the space, Oren said “we wanted so long to play this gig, you know, to share the message of the artists of the original Woodstock, to come here and spread it out, to do the same.” Jonney agreed: “This place is famous for one thing, and that’s for uniting individuals. To be in the business ourselves of causing mass unity in spaces through the power of music is a gratification that very few artists are offered.” The duo drew further parallels between Woodstock and Mysteryland:

“They were able to do what they did, and it’s still alive today--that message--regardless of genre, it’s still alive. They didn’t care then; they didn’t want to be labeled, and neither do we. If they were going to be labeled, it would be on their own terms, so they caused an uproar. Look at what the 60s and 70s did to the rest of the future: they reinvented the way of thinking. [...] It’s important to think that we could possibly be a part of the next movement like that.”

While en route to Mysteryland I asked my father to list his top three Woodstock memories. Hours later he texted back: “constant headache from Boone’s Farm Apple Wine; dirt and mud; Janis Joplin.” His three-day weekend pass cost him $21. Mysteryland likewise had berry or pear-flavored hard apple cider, lots of mud, and music so mindblowingly epic it could fuel a movement in itself. And like Woodstock, of course Mysteryland USA had its fair share of minor logistical mishaps, but both communities seemed to share an understanding that one can’t expect to see a rainbow without any rain.

Despite the comparisons, Mysteryland USA wasn’t meant to be Woodstock 2014 anyway--it was meant to be the embodiment of what we learned from Woodstock with the future of the festival (and our community) as a truly sustainable institute. It was sustainable in a wider sense than simply “green.” It was transcendent.

Even the marketplace was full of good vibes. The delicious Smorgasborg food carts were local and locally-sourced. It was a totally cashless event, which was rather liberating for fellow ragers yearning to escape the mundane (and stressful) exchange of actual cash; vendors only accepted Birdie Bucks which could be added to the chip in your bracelet in advance or at several “top-up” stations.

The fact that only about 7500 festival goers were granted camping access kept the crowds fresh (enough) and the energy high throughout the weekend. The good vibes were further sustained by the various places to chill and catch ones breath: everyone took turns sitting on the super-cute oversized teddy bear chair, curling up in the hammocks, and relaxing in the cozy living room couches set-up in-between the Vinyl Only and Sin Salida side-stages. There was also a tea lounge where festival attendees could enjoy calming herbal teas on comfy throw pillows and a healing garden where weary dancers could even get massages. Various art installations and interactive scenes such as the photo-booth-sized Chapel of Love and the Wishing Tree peppered the paths between the different dance spaces, causing many festival goers to pause mid-frolic to take it all in-- the vision of ravers gathering beneath the Wishing Tree, to scrawl on the leaves their wishes for peace, love, a ban on hydrofracking in NY, unity, sunny weather, and anarchy, just to name a few, was almost holy.

The 21-plus crowd worked together to create a safe space in which to dance. Everyone in attendance looked out for one another. Sun-sleepy ragers relaxing in the grass were showered with kind words of support and water bottles. I overheard a festival security guard asking rave couples canoodling on the grassy hills overlooking the Boat if it was consensual, then after getting a thumbs-up or a high-five, moving on to grab a cup of water from the nearby Dance Safe tent to offer to the next group of rage-weary nomads. There was space to sit and breathe if one needed to; there was also space in which to dance freely without the push-and-shove that often obscures the good vibes at many major festivals.

The clock on the Main Stage castle of cards perpetually read “now.” The most magical element of Mysteryland was the ability of the community brought together by a shared love for EDM to embody the Mysteryland moto: “Yesterday is history. Today is a gift. Tomorrow is a mystery.” 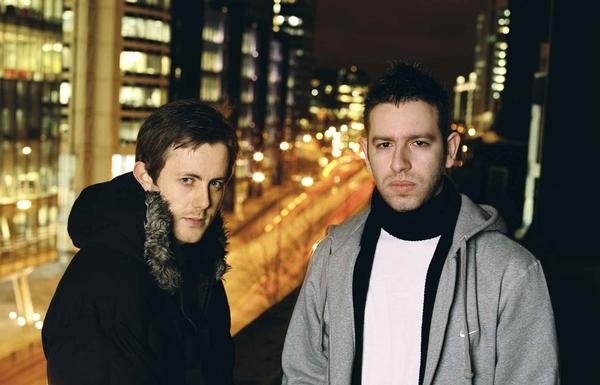 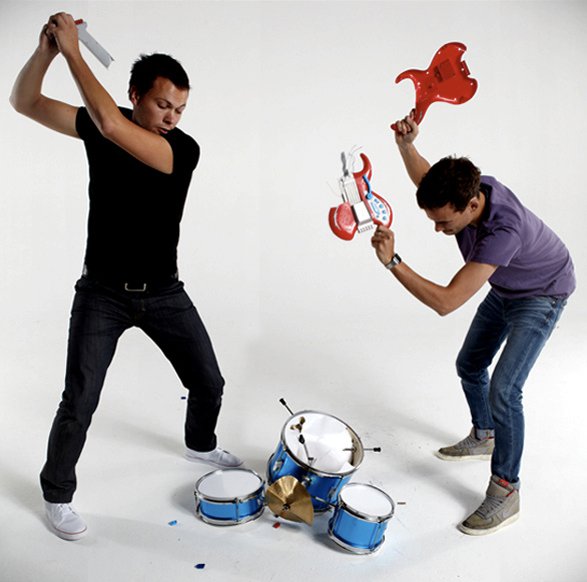