It took four east coast hip-hop heads to come up with a concept we've all kinda been waiting for: why not combine the cutting-edge production techniques of the underground bass music scene with the idea of a real rap group? That's a great question.

But what's a real rap group? Let's start with multiple strong, cogent forces that can attack a theme from multiple angles providing a wealth of looks, sounds, and perspectives. OK, check.

Now most rap groups today that aren't legends or rich enough to buy beats from superstars tend to fall back on trite sounds and familiar tropes that don't sound vintage or retro—just plain old and lame. That's why you bring in a true fan of the art of hip-hop who really understands what it means to create a foundation for lyrical flow, but also can get creative with the booms and baps to the point where the beat can stand on its own, and the rhymes are tastefully decorating the inside of a beautiful mansion.

On top of that, you need a real hook. Some sort of sonic element that will not only tie everything together, but also make the cohesive tracks stand apart from the rest of the scene. A crucial element that is not melodic but bombastic. Ooooh I know—horns! 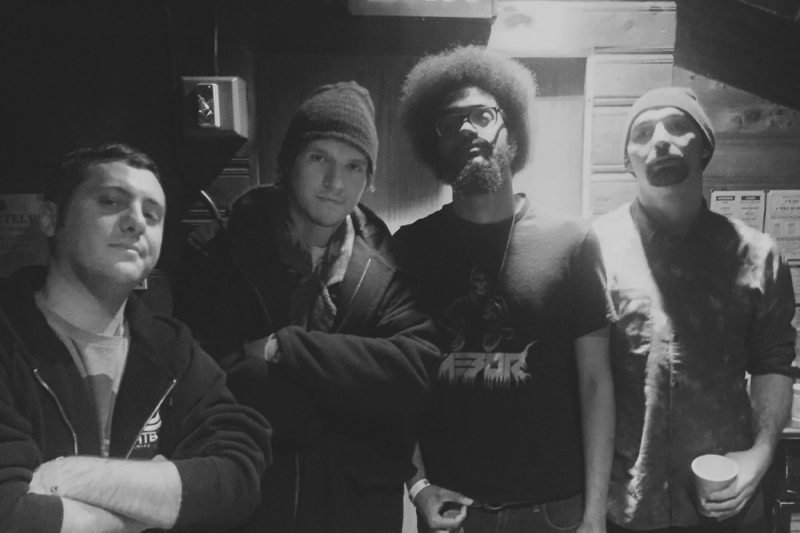 Bad Poetry Club combines the production skills of Tonio Sagan, the beatboxing and rapping skills of Honeycomb, Sotorios' (Political Animals) rhymes, and Moon Hooch's Michael Wilbur on a variety of horns. It truly is a combination of everything you want out of a hip-hop ensemble completely with incisive commentary, a tongue-in-cheek feel, and a sound that is very of the moment, which is critical in terms of viability, both commercially and in terms of developing the sort of rabid fan base it takes to be on top these days. Obviously Moon Hooch is happening, and fans can get in the door that way. Also Gable “Honeycomb” Johnson has found himself at the center of a lot of the scenes for underground bass in New York and made himself quite indispensible as a host and emcee with his beatboxing skills, to boot. The makings of a successful supergroup are all right there.

But is the music good?

Sample for yourself. The latest Bad Poetry Club trak is “Victory Lap,” which takes on that boastful air that you want from a hip-hop standpoint, but the self-deprecating, self-aware, and selfless emceeing that runs between its many voices really makes you feel like you're listening to something very groundbreaking. That this is on the precipice of something huge. Sagan's production, as always, is on point, and the overall listenability of the track is high. This is a song that you want on repeat, just so you can pick it apart and enjoy different pieces on subsequent listens that you missed the first six times.

Call me crazy, but I think the Bad Poetry Club is coming up on good times.