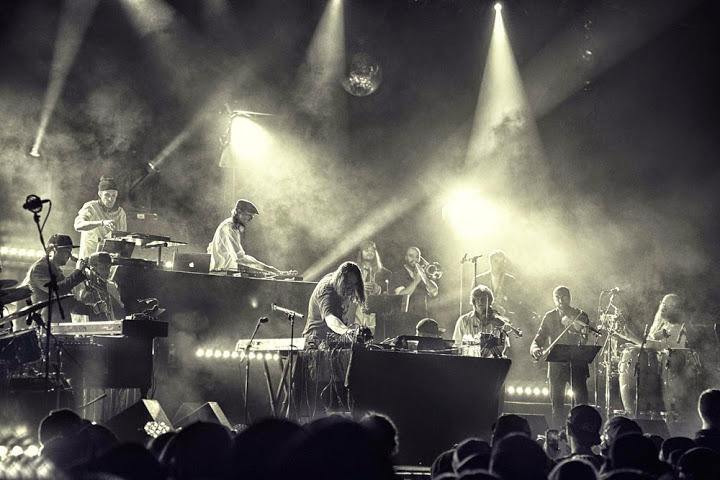 I don't know what took so long, but was it worth the wait?

Space Jazz picks up where Michal Menert left our yearning ears three years ago with Even If It Isn't Right. Intro "Light Years Apart" beckons an oh-so familiar taste. It gave me goosebumps, because I knew I was finally getting a "real" album. The scene has become so saturated, and even the sub-genre I hold in such high regard, electro-soul, has been inflated with so many future funk sample packs, wobble bass lines, and Notorious B.I.G samples, that it's lost a lot of the sacredness it once breathed.

Luckily, Menert doesn't fit the description of any one genre.

Mike diversifies all boundaries of instrumental limitations that seem to imprison so many artists these days, artists playing the same three chords on their sax synth that was in a Big Gigantic track from four years ago.
No, my friends, Michal Menert is truly revered by his peers and the industry's top producers as the Godfather for a serious fucking reason, He delivers an offer of soul through symphony that is too damn beautiful to refuse! He is the original. The Alpha and the Omega. He's not God, but to many listeners the closest thing that touches an MPC.
Years ago rumors scattered the cosmos about an ear-orgasmic sound that could hold a sugar-injected 9-year-old in a trance. Space Jazz was a term loosely spoken about, regarding true gold in the land of instrumental alchemists. Michal had created his own form of production, he manufactured the canvas upon which other painters could lay colors. The album title is more than a name, it's a movement of soul. It's a moral code written in higher frequencies that serenades the sorrow of the universe to the polar opposite. Joyful cries expressing the densest matter of pure love the galaxies can conjure.
There is a track, "Planet Tomorrow" featuring Manic Focus and up and coming emcee Jubee, who sums the return of the Don perfectly, "you could be 500, but you still wouldn't be half a G!" Ugh! I feel like I had to hold my crotch that entire song. Mike has a long history of love for underground hip-hop, and reverent towards some of the sickest left field emcees like El-P. So it was no surprise that he put RA The Rugged Man on 'Lose your Mind' If you don't know RA The Rugged Man, lets just say he could convince Kendrick to put down the mic. 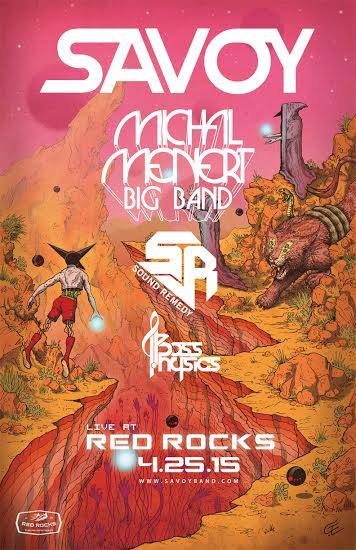 Mike puts every drop of Polish blood that he has into Space Jazz, and he also is backed by family on the masterpiece. PLF members like SuperVision bless the album, and Paul Basic contributes to one of my favorite tracks, "New Dawn," with scratches by his Super Best turntablist Marcelo Moxy. There are so many good collabs on the project, showing that blood runs thick, and that creative genius still clings tightly to its roots.
The song, "Everything Shines" is another brilliant and classic Mike track that is going to put everyone into tears at Red Rocks tonight as his big band vision comes to peak fruition.
The Space Jazz journey is a melodical-mountain sculpted by masterful horns, electro-bass, piano, and every other international cloth that Mike could weave into this lush quilt of emotions to warm your heart and wrap your mind up with love. Space Jazz could honestly win a Grammy in the electronic category for best album if Mike wanted to pursue that road. Not sure if he cares for titles, but it's certainly a testament to one man's dedication for keeping it original over the last half decade in an ever growing popularity contest, yet daring enough to push past the expectations of a genre, category, or a scene. This is the type is music that will still be here 50 years from today. Trust me. Do your ears a favor and listen to Space Jazz for yourselves.