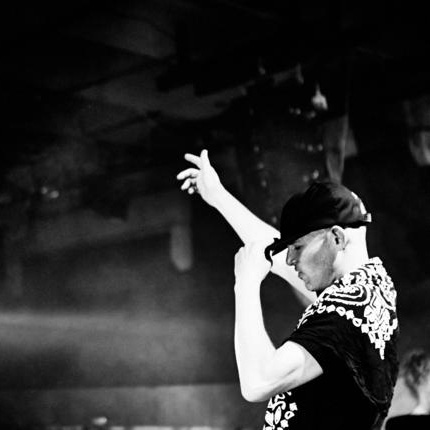 MartyParty has to be one of the hardest working producers over the past few years. When he isn't touring hard as either MartyParty or with Ooah in PANTyRAiD, he's producing hundred of songs. Martin Folb has been ahead of the production curve since he released PANTyRAiD's The Sauce. With future beats, one of a kind bass sounds, incredible samples, he embodies sexy trap bass that grabs your soul and affects crowds like no other.

Now he is back with a 17-track, full-length album, Raw. Songs like "Anthem of the Masses" will get you grinding. "Tough Love" has euphoric female vocals and a beat that won't quit. "Future" has samples of Tupac and razor blade beats cutting at your ears. Others standouts include "Tight Bitch Clique," "F**k All Night," and "Greed," and you have to check them all out.

MartyParty not only produces great music, his live performances are magic. He has played some of the best sets live in front of small crowds, when hardly anyone knew who he was. But he kept at it and kept going. His stage presence will turn you on and he grooves while he plays one after another sexy bass anthems.

Raw is perfect for this hot summer, either hanging at the beach or driving through the city at night enjoying life. Each song is better than the next. Be sure to get Raw on iTunes for only $7.99; 17 tracks that are worth every penny.

Get Raw on iTunes!

MiM0SA chats with me about Delusion of Grandeur, Too Short & Rej3ctz