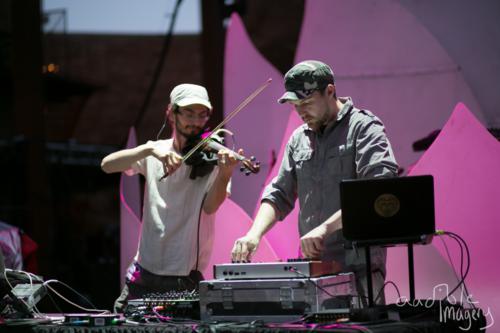 Emancipator, EOTO, and Lotus at Red Rocks was an all-killer, no-filler throwdown featuring some of the best performers in modern electronic music. Unfortunately, to squeeze this much goodness into one night, things had to get kicked off a little early. The sublimely chill, ambient duo Emancipator kicked off their set right at 7:30. Much to my dismay, I was still on the other side of the gate and far down the hill… catching traces of downtempo sexiness wafting toward my ears and growing extremely frustrated. Not being accustomed to so much good music in one night, I had arrived on lot at 6:30 thinking I had plenty of time to spare. (Word to the wise, avoid the will call/box office at Red Rocks whenever possible.)  Upon crossing the threshold right as Emancipator’s set ended, I wanted to kick myself in the face. Luckily it won’t be too long before Doug and Ilya tour Colorado again. Emancipator is playing dates in Breckenridge, Boulder*, Denver* and Fort Collins* from November 7-10th (*with Blockhead). 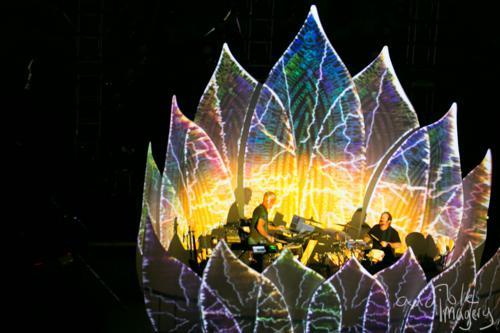 Next up was EOTO, on point as always, in the pair’s Red Rocks debut. This duo of Michael Travis and Jason Hann (both of SCI fame, and certainly no strangers to RR) is an all-improvisational live looping project that blows minds across the country on a grueling tour schedule year after year.  A heady mix of Michael’s outer space synth loops and Jason’s fiery rap verses including some throwbacks to Busta Rhymes infused this set with their trademark intensity. Other highlights included trippy renditions of the club bangers “Tipsy” and “Put It Down On Me” that turned the bass up to 11 and had the whole crowd moving. Add a liberal sprinkling of goofiness and some old school psychedelia (and yes, the mandatory bongo solo) and we had ourselves a party in perhaps the greatest setting EOTO has ever played.  The VJ Zebbler designed lotus petal stage is absolutely spectacular, and is a huge upgrade over the visuals EOTO had in the past. Props to the guys for throwing down hard on the big stage; especially in front of so many hometown fans. EOTO has already announced a headlining show at Denver’s Fillmore Auditorium on December 8th. 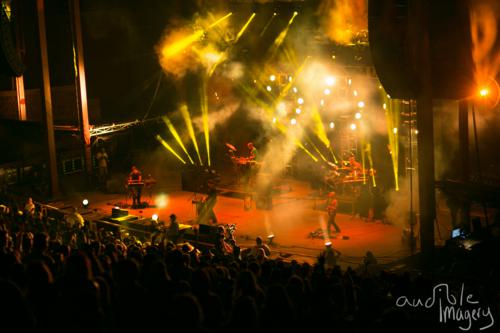 Lotus took the stage last and played for a solid two hours, followed by a three-song encore of some classics. It was a solid Lotus set full of improvisation and catchy riffs, albeit an evolution of the Lotus aesthetic from an earlier era. Like many fans, I came to know the band through their first recordings such as Germination and Nomad. Several of these songs made an appearance, with the encore of Kodiak>Colorado>Spiritualize being a surefire crowd pleaser. The more recent Lotus albums have shed the jazzy light-heartedness of the earlier works in favor of a crunchier and technically more precise jam. It’d be safe to say that five years ago Lotus would never have covered an electropop song such as “We Are Now Connected” by Mord Fustang, but who could predict the explosion of the EDM scene, and the effect it would have on the rest of the industry. For new listeners and fans of the progressive rock styling of recent Lotus output, the show was a dream come true. 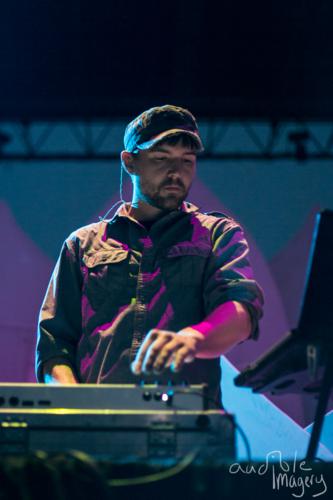 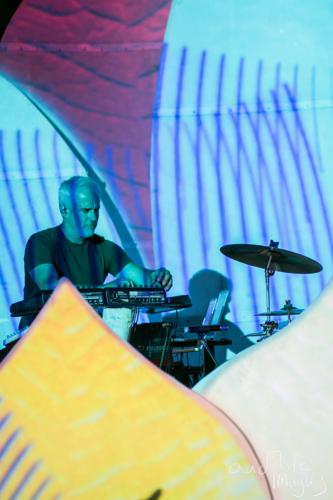 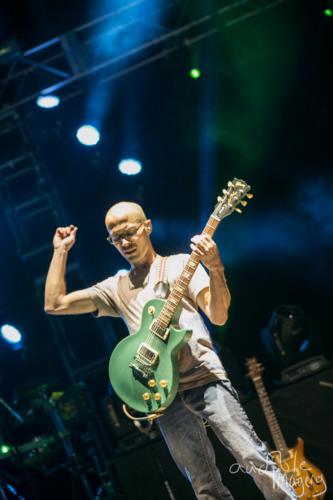