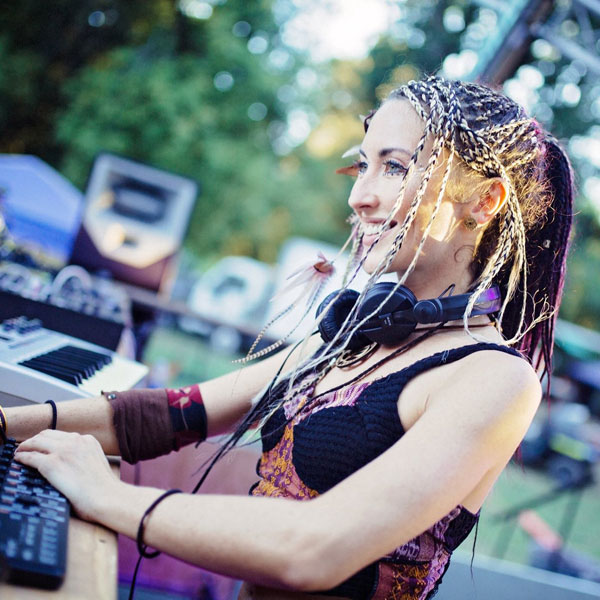 Last year, David Starfire recorded and released the album Karuna, a work that not only featured collaborations with Burmese refugees, but also benefited them. Now, Starfire is back with a pack of remixes for the single “Taphon,” which means 'drum' in Burmese, and gets contributions from Defunk, Adam Rhythmstar, and Eartha Harris a.k.a. Living Light.

Today we premiere Harris' remix of “Taphon,” an airy, fun, and danceable global glitch tune that's so very Living Light. Full of her signature synth work and bouncy psydub, her remix bops along at a steady clip for a solid dance floor intensive. Your body needs it this weekend.

You can catch David Starfire at the Lucidity pre-party at Union Nightclub in Los Angeles on Saturday with Mr. Bill and The Librarian. Living Light continues her southeast run with Kaminanda tonight at The Concourse in Knoxville, Tennessee, and then heads to The Shamrocker's Funk Ball tomorrow night in Bartow, Florida.

This remix pack drops March 21. As always, the royalties go towards education for Burmese refugee children.