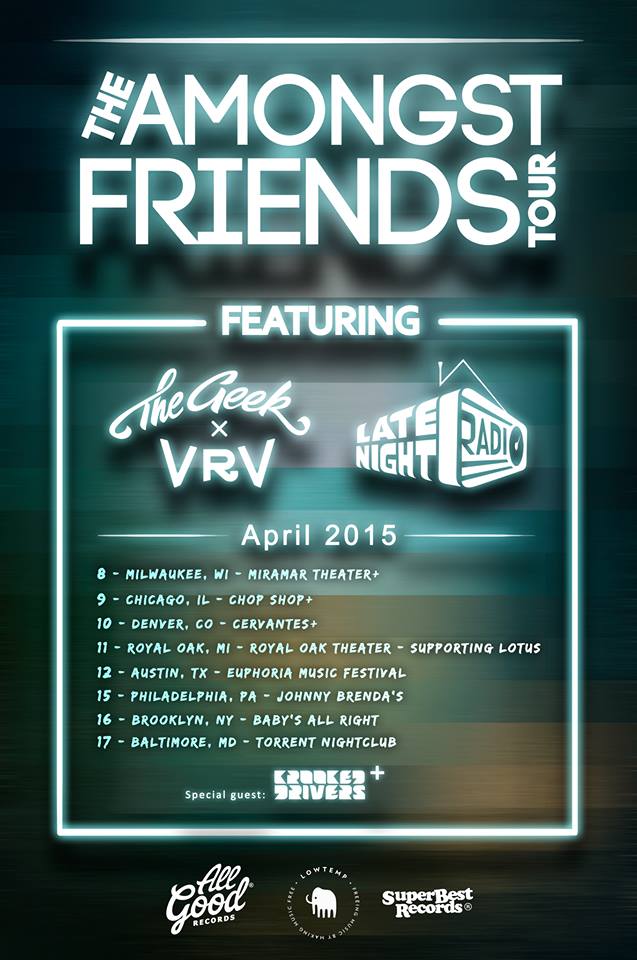 If you haven't listened to Late Night Radio yet, you're missing out. The Denver-based producer, a.k.a. Alex Medellin, has dropped a badass new single and announced the dates for his spring tour.

Late Night Radio has made a name for himself by masterfully matching funky instrumentals with insanely catchy beats. “Can't Hold Back,” featuring Kevin Donohue, is a teaser off his upcoming album, Polaroid, due out February 24. LNR’s tracks have the confidence of someone who’s been throwing down for years, and this one’s no exception. From the start, he’s got you expecting something big, and he delivers, dropping into a ridiculously groovy melody with ease. The electric guitar melts all over the fiery vocals and takes it to another level of amazing.

LNR's Amongst Friends dates will take him on a whirlwind tour all over the U.S. in April with French duo The Geek x Vrv, and his stops in Milwaukee, Chicago and Denver will be joined by the dope Denver duo Krooked Drivers. That’s a combo not to be missed by anyone—get ready to groove your feet off.