Unlike many of his contemporaries, who are coming to drum & bass from dubstep or glitch-hop, effectively doubling their tempos, in some cases, Johnathan Thomas approaches drum and bass from the north—a fixture of the juke and footwork BPM's that make D&B feel “Sedated.”

The Chicago-based producer and performer is no stranger to our fans, but for those newcomers, JT's drum & bass is informed by a distinctly different sound than most new work being released in that vein. It's much more related to the jungle and 90's flavor of yore. “Sedated” still pushes new boundaries, as only someone that's been in these rhythmic patterns forever could do. He's just waiting for the rest to catch up.

Johnathan Thomas will be making his way to the west coast to finally play The Untz Festival. He'll be joined by Pilz Beats (who did the artwork for this track), SubDocta, Psy Fi, EASTGHOST, and a very special guest on the ShadowTrix Music stage June 1-3 in Mariposa, California. Then he's off on a ... well... not a tour, that's for sure, with Squirrely Bass as Somewhat Damaged. 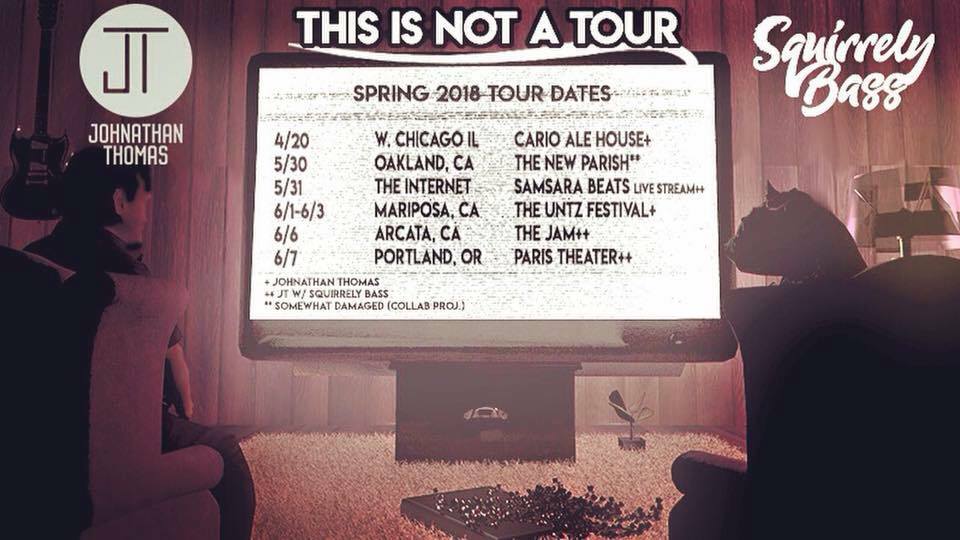