Atlanta’s Ian Ker-Seymer is rapidly scrambling up the ladder in the burgeoning EDM scene of the Rockies. Producing under the name iONik, Ker-Seymer has found a way to create a sound that is both entertaining and captivating. While operating under the broad umbrella of “intelligent dance music,” iONik’s sound is rooted in glitch-hop. He has been flooding Soundcloud with material over the past year, while honing his unique sound and improving his stage show. His originals output is backed with emphatic remixes of artists like Mimi Page, +verb, and NiT GriT. He is also one-half of the duo Pairadimez, along with fellow artist r.e.g. They claim Boulder as a home base, where Ian now does most of his production. He has become an important member of the glitch-hop/IDM “mountain music” streaming out of Colorado, and is doing his part to spread the gospel.

Within days of the ball drop, iONik dropped his Sexy Shapes EP on Simplify Recordings to much acclaim. The 6-song release improves upon his previous work, cementing his place on Simplify alongside such prominent artists as Elliot Mars, ill-esha, Minnesota, and Stephan Jacobs. Sexy Shapes is a conceptual album that tells a story through pulsing bass tones, glitched out soundscapes, and melodic synths that draw the listener in from the opening strains.

The first track, aptly dubbed “Dynamite,” is nothing short of an explosion of euphoric bass tones. The song features fellow Pairadimez member r.e.g. and is a launchpad for the journey that is Sexy Shapes. Like every track on the EP, “Dynamite,” starts out with a calm melodic introduction that slowly builds its way into a much heavier middle section, and than eventually fades out just like it came in. The format for these 6 songs fits perfectly with the story that iONik is trying to create, and helps to instill emotion into each second of the twenty-four minute release.

“The Tears” features Charlie P. (founder of Abstract Logic Recordings) and Dan Cox (guitarist for EP3), and tells an emotional tale of love lost through eerie synths and glitched out, pitch-shifted vocals. With lyrics like, “Please don’t cry, wipe the tears from your eyes,” and incredibly tasteful acoustic guitar throughout, it is almost impossible to not be immersed.

The last track on the EP, “Set Your Heart Free,” is a fitting coda for the tale. Well placed scratches, female vocals, and ample wobbles fit together to create a sound that is reminiscent of tracks off The Glitch Mob’s masterpiece, Drink the Sea. It will leave the listener begging for more tracks, or to simply go back to the beginning and start the journey over. 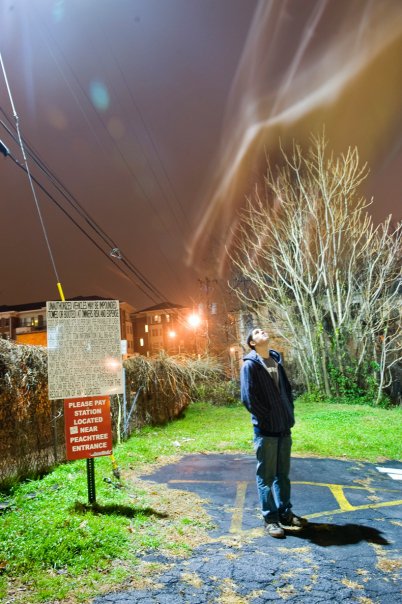