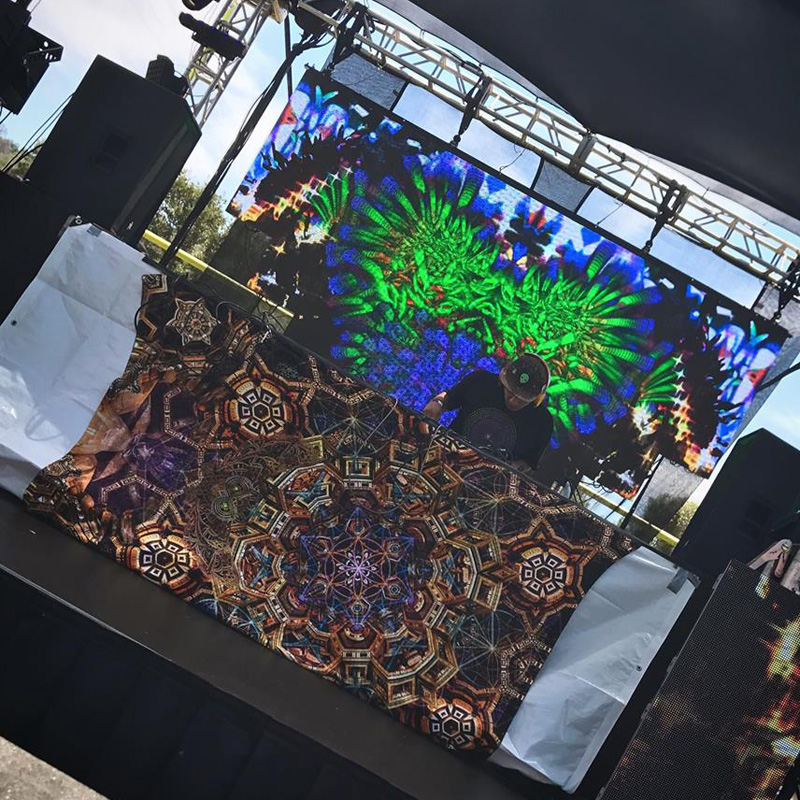 Without hesitation, one of our favorite discoveries of year 2 of The Untz Festival was Fresno's Jimmy Mosqueda. The young producer, who goes by ION, stayed on his hustle, used the opportunity to grow his fan base, and is now performing all over California on the backs of his solid work ethic.

Since the festival, ION smashed together G Jones, EPROM, and FRQ NCY to create “Pineapple Mushrooms,” and now he's throw together a some new slimepunk that will tickle our fans' fancy. Taking one of the big hits of the summer in Bleep Bloop's “K-9 Unit” featuring Gary Paintin, and mashing it up with a relative unknown, BC's neraph and his Thriftworks/CharlesTheFirst/Tsuruda-esque “Sonar,” Mosqueda came out with “Sonar K Unit,” a thrilling, chilling hit that we've been going nuts over in the office.

As I mentioned, ION is making the rounds, hitting our buddies the Wormhole at The New Parish up in Oakland on August 30th, and then playing Bass Gamut at Lido Nightclub in San Jose on September 22nd with Sayer, TigerFresh, Voltron, and more.