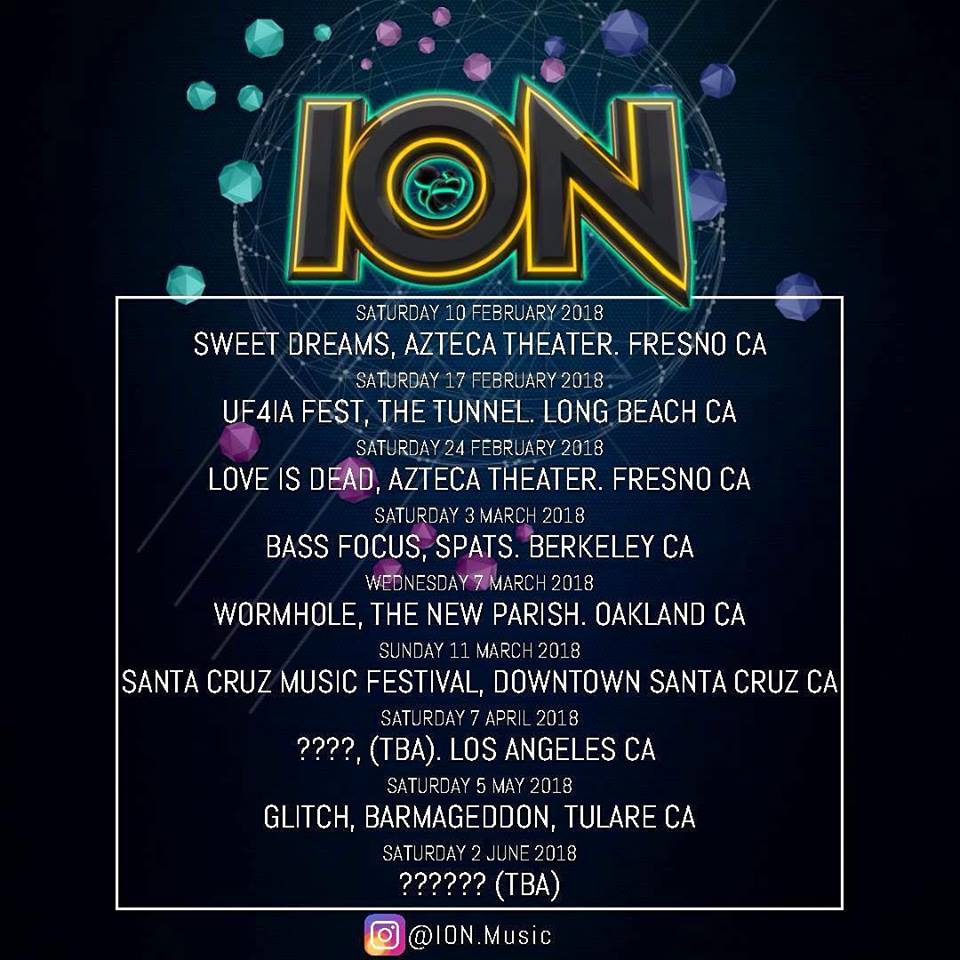 Jimmy Mosqueda has been absolutely crushing it lately. Since playing The Untz Festival last summer, ION has racked up a ton of plays—so much so that he has to take time off from playing his hometown of Fresno after his Love Is Dead appearance tomorrow night at the Azteca Theater.

It's not just that, he's going to be on Bass Focus in Berkeley, then hitting Wormhole with our homies in Oakland, and then it's on to Santa Cruz Music Festival, a secret show in LA and on to Tulare. The man is busy.

But not to busy to crank out a hot new tune, though. Now he tells us there is a fantastic story behind “Wook Pie,” but we're just not ready to hear it. No matter how crazy it is, it's gonna pale in comparison to the tune, itself. Mosqueda is ratcheting up his production prowess, and really coming into his own as a NorCal threat in the bass game.

If you're in the area, you know you'll be be seeing him soon.