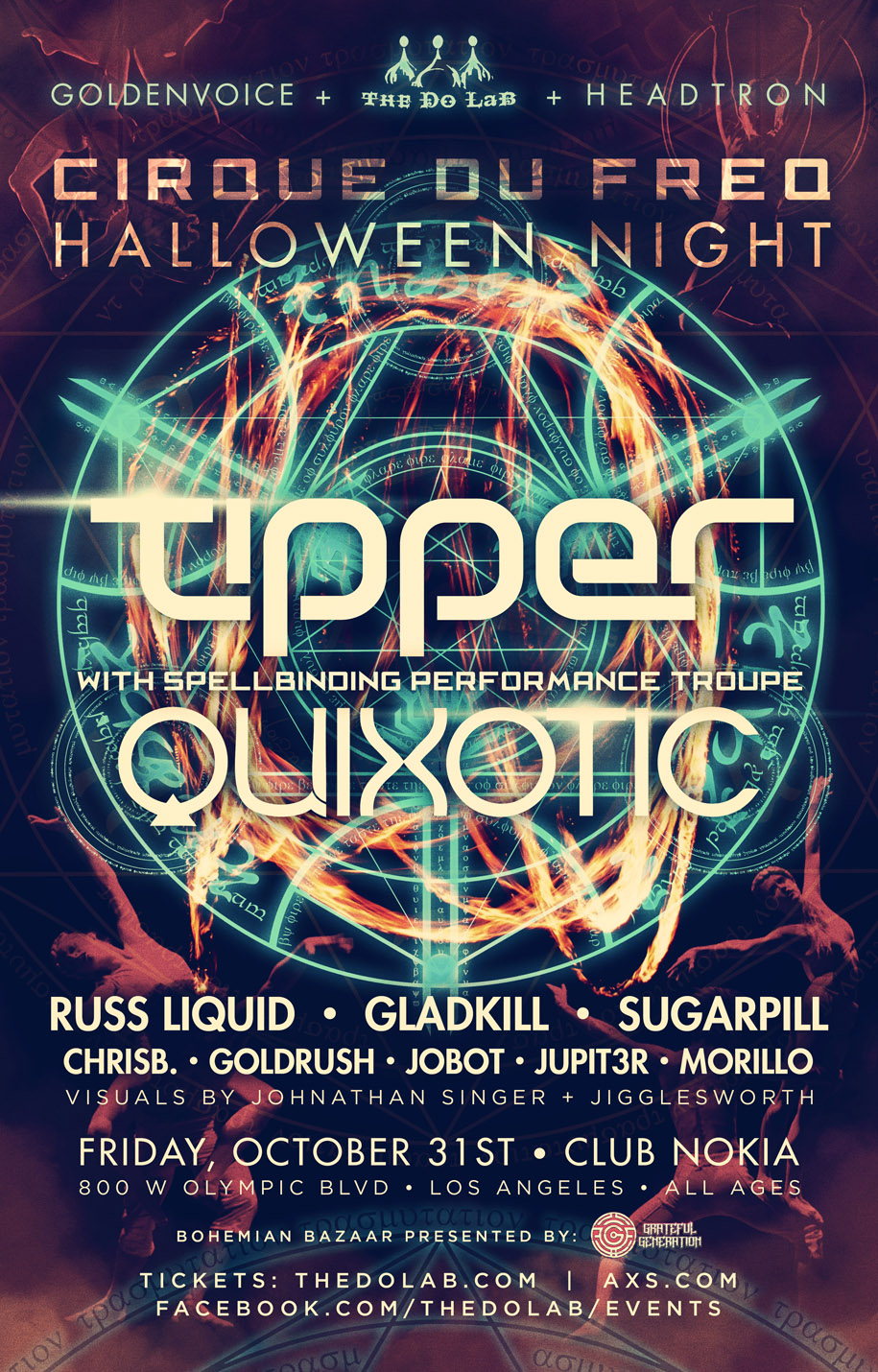 For many, the name Johnathan Singer carries two meanings. On the one hand, his visual art and digital animation is at the top of its class in among his peer group in the mystical and psychedelic worlds. Similarly, he has become associated with the top musical acts in both the jam and electronic worlds, for his meticulously produced visual accompaniments to the biggest acts in the festival scene, like Shpongle, STS9, The Disco Biscuits, Les Claypool, Dark Star Orchestra, and Beats Antique.

Lately, he has been linked inextricably with glitch-hop guru Tipper, whom he will be joining in New York City at the Best Buy Theatre in early January, Red Rocks in May 2015, and of course, this Friday, as part of the blowout Halloween event bringing together Quixotic, The Do LaB, and most of the Headtron roster at Club Nokia in Los Angeles, CA. He then flies out to Minneapolis, MN the next night to join Kalya Scintilla's Open Ancient Eyes tour as it runs straight into the Infrasound family's latest Oscillation event on November 1st. Busy, busy.

I can't begin to tell you how much I appreciate Singer taking time out of his packed schedule to talk to me about working with different acts, the future of the transformational music scene, and the much-anticipated Red Rocks date with fellow visionary artists Alex and Allyson Grey.

The Halloween spectacular you're planning with Quixotic, The Do LaB, and the Headtron crew is massive. What do you have in store for Tipper fans on the 31st?

I’m truly excited to be a part of this bill. Quixotic is mind blowing in every sense and performing with Tipper is such an honor. Also, I am originally from L.A. so I’m really happy to be back home.

We’re bringing out an amazing HD video wall for this one. I’ve been in the studio for months working on all new custom content for these shows coming up. Halloween is going to get super weird in the best of ways. I love Tipper’s music because it allows me to explore and play in so many visual psychedelic portals. 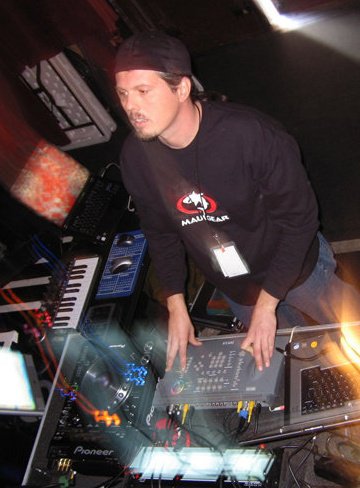 Absolutely a clean slate. Kalya’s new album is completely themed to explore musical traditions from all over the world. This allows me to bring in art from many cultures. Additionally, he has Eve Olution out with him on this tour and her interpretive dance is simply beautiful. I really enjoy setting scenes in which for her to create her own magic, and allowing her to be surrounded by beautiful imagery while she does so.

Fast-forward to 2015. I understand you're already preparing for Red Rocks in May with Alex and Allyson Grey? How do you plan on bringing their work to life?

I’ve been working with Alex and Allyson since 2008. What inspirations they are to the art world! The Greys are constantly creating amazing new art, so there’s a huge body of work to choose from. I’ll be doing the downtempo set, which will truly allow me to melt and morph everything beautifully. They Greys’ work is itself very complimentary to my style of visuals; really creating visual portals of images and bringing the art back to its original inspiration. I’ll be carefully choosing, along with the Greys, the right images to highlight this most amazing evening of music and art.

Is there anything else you can tell us about Red Rocks--we're dying to get the scoop.

All I can really say is, my favorite artists, producer and creative stage performers are all going to be in my favorite venue of all time. This will be the happiest place on earth to be. 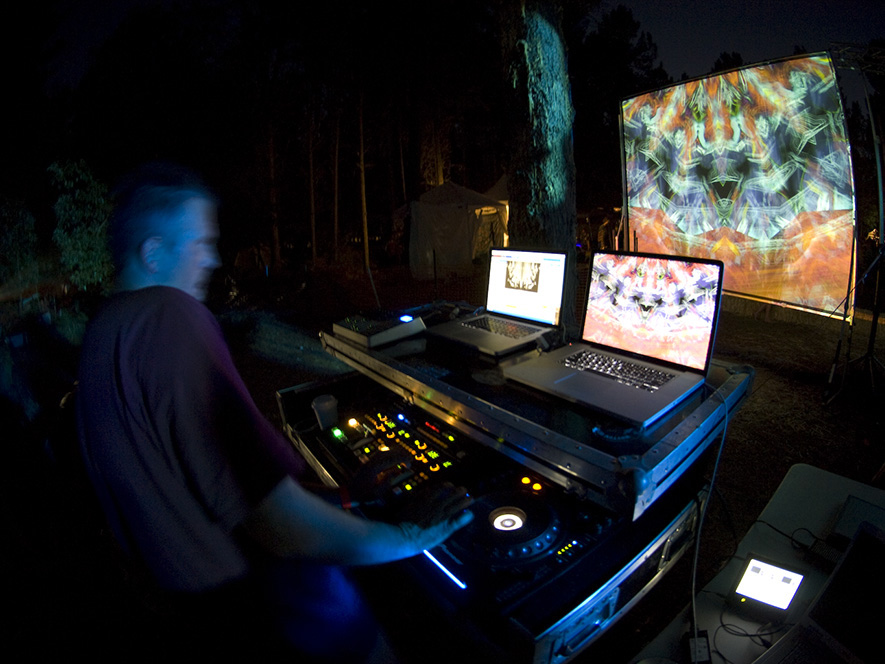 Finally, you've been in this scene a long time, what's your forecast for where we are going? What obstacles do you see for the growth of the transformational movement, or sky's the limit?

Yes, believe it or not, I’ve been doing this almost 17 years. I think we are experiencing a form of a renaissance right now. There is so much music, art, dance, interpretive performance, as well as amazing teachers sharing their knowledge and love for things like permaculture, yoga, mystic teachings and so much more. I think the most important things are to support each other, inspire each other, take care of each other, and to spread these beliefs and practices to the rest of the world. We are, and have to be, a counter balance to the war, destruction and other negative things that exist. This is such a great time to be alive and creating!