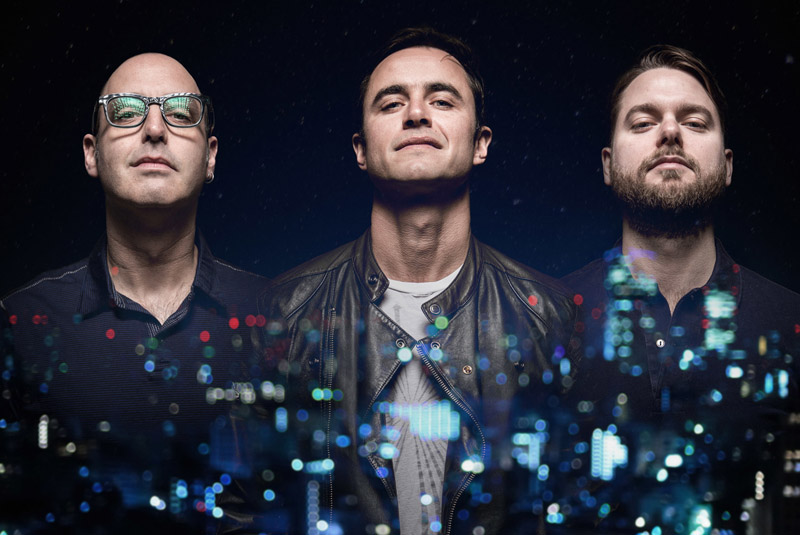 When it was announced late last month that livetronica vanguard, The New Deal, was returning to the stage after a two-and-a-half year absence, the initial flurry of excitement slowly gave way to nerdy speculation, as tends to be the case in the notoriously hypercritical jam scene.

The Canadian trio, who began using its jazz and classical chops to emulate DJs in the dance scene with its live interpretation of house, breaks, and drum & bass in the late 90's, and who influenced its contemporaries Umphrey's McGee and the Disco Biscuits as much as its successors, Pnuma Trio, Zoogma, Papadosio, Cosby Sweater (and the list continues ad infinitum), returns two of its founding members, keyboardist Jamie Shields and Dan Kurtz on bass.

Replacing Darren Shearer behind the kit is Joel Stouffer, who has played in the electro-pop outfit Dragonette with Kurtz for eight years, and was the only drummer in the band's decade-long history to sit in for Shearer when he broke his hand.

I got a chance to speak with the guys about the reasons the band broke up in the first place, and more importantly, how they brought it all back together. For the die-hards and their conjecture about the "new sound" that comes with a new member, I guess we'll just have to see what The Hudson Project reveals about the evolution of the outfit.

What was the first conversation that led to the series of conversations that gets the band back together?

Dan Kurtz: What actually was the beginning was my sending Jamie [Shields] an advanced copy of the latest Daft Punk record, and saying "This is the signal that giant EDM has just jumped the shark." Daft Punk is saying "Let's get back to live instruments for a while."

Turning back the clock 30 years.

Dan Kurtz: Yeah, it's a little nostalgic. It's what initially got me into the music in the first place--the funk side of things. And where we were when [The New Deal] kinda left it, we had to step aside and let the big EDM DJs rule the scene.

Jamie Shields: Not only was it the climate of the industry at the time, but while we were still doing what we loved, and we felt strongly about the music, it was beginning to feel like work. And if it feels like I'm packing a lunch and going to work, I may as well do that from home. I can go lay asphalt or build street signs for the city. If I'm supposed to be doing something I love, and it begins to feel like work, then it's time to take a break.

Is there any rust that needs to be shaken off?

Jamie Shields: Dan and I have been best friends since we were 13. He's helping me score a film right now, so we were always talking. When we jammed yesterday, I don't think I said four words to him in the hour we were playing. There's just a level of communication that exists there that is fairly innate and instinctual. And that's one of the reasons that we're jamming with Joel [Stouffer] so much, is that--he's a great musician, and he could step in with anyone, but with Dan and I, we don't have to really say or do anything for us to know what the other is thinking and where we're going. We have to remind ourselves that that's not always the case.

Dan Kurtz: When we first started playing with Joel, our jaws just kinda dropped. I was worried at first about our stamina, but now, not only do I think he can "pull it off," but I'm really excited about what he brings to The New Deal that is Joel, as opposed to just mimicking Darren. He's an impossible act to follow--few guys can play didgeridoo, rap--

Oh shit, I forgot about that!

Dan Kurtz: (laughs) yeah, whatever the fuck it is. The list is really long. But I'm excited about Joel's indie rock sensibility, I like his sense of timing and arrangement--it's similar to mine. I don't think anyone would have noticed the influence of Dragonette on The New Deal, but our arrangements got tighter, 'cause I was working in pop format, so I was always pushing The New Deal jams to be shorter, more succint. And now with Joel in there, we'll have a similar sense of timing and how jams change.

And Joel, you were familiar with The New Deal even before joining Dan in Dragonette?

Joel Stouffer: Being a typical drummer, I was playing in ten bands at a time, playing with whoever I could and recording with whoever I could, and along the way I discovered The New Deal. I was at some of their first shows in Toronto, and was a fan from the start. A fan of Darren's playing, and the band as a whole.

Is it intimidating stepping into a situation where Dan and Jamie share this telepathic connection, and you're trying to ease your way into that line of communication?

Jamie Shields: When we play with Joel, it's just a question of having fun playing and continuing to do it. For now, we're just jamming and getting to know each other musically. Feeling it out and getting back in the rhythm. 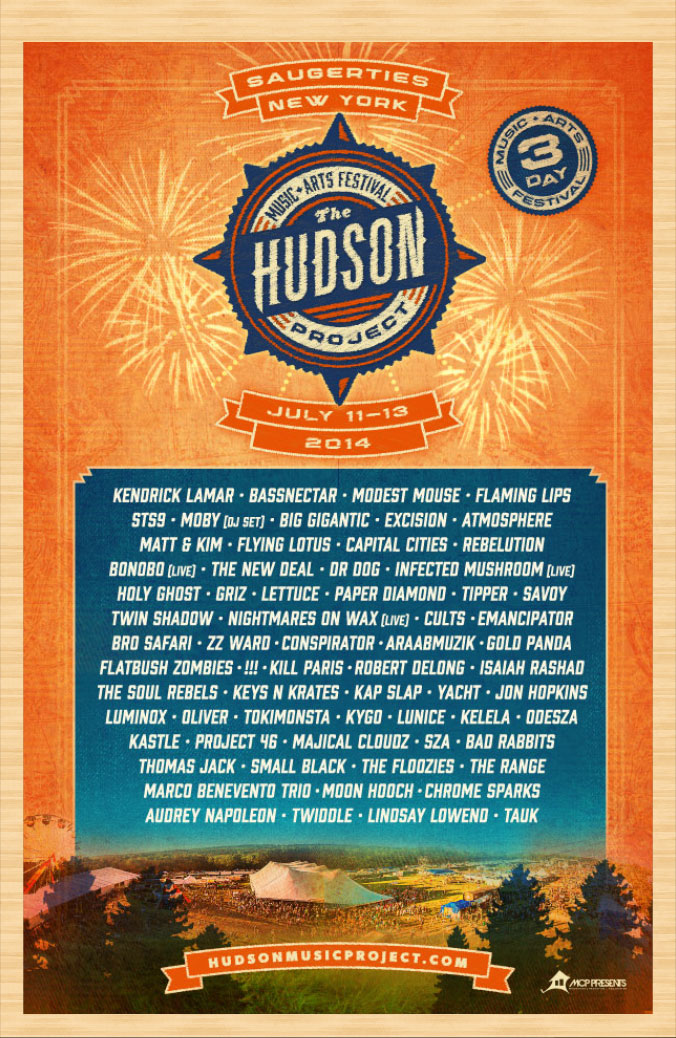 There's only one date on the calendar right now, and that's The Hudson Project in Saugerties, NY in July. When dates start filling up for festival season and the fall, what's the idea you want the rabid fans to have about tND 2.0--being in the jam scene for so long, you know these fans have very strong opinions about their favorite group, and they're as a whole, afraid of change.

Dan Kurtz: On purpose, I haven't paid attention to that. When I was speaking with Darren about whether he would be able to come back, and his decision ultimately to not return to the band, I felt it was important that he speak to the fans and talk about his experience and his choice, because there are people who love to come to see him play--he's a spectacle.

I don't know what I can say to people who will have decided that without Darren, it's not The New Deal or whatever. The harshest judges of what we should be are me and Jamie. It's inconvenient touring the US as a Canadian band, we're all so busy with our personal lives and professional projects, so for us to remount The New Deal, that speaks to principally what satisfies as us musicians. Our track record speaks for itself. The simplest statement is "trust us," but also, "guide us."

Whenever I try to talk to someone about The New Deal, I explain the show is not just the band playing, our whole thing is reading the crowd and determining where we're going next based on the energy of the crowd. People who come to see The New Deal have a tremendous influence on what the show is--how loud, how quiet, how fast, how slow. And that's where people are going to be able to speak their voice the most about how they feel about The New Deal, and what they want out of the show.

In honor of #ThrowbackThursday, check out a snippet of an interview with Darren Shearer from May 2011 about the end of The New Deal's 12-year run, or listen to the full episode of The Untz Podcast in two parts here and here.