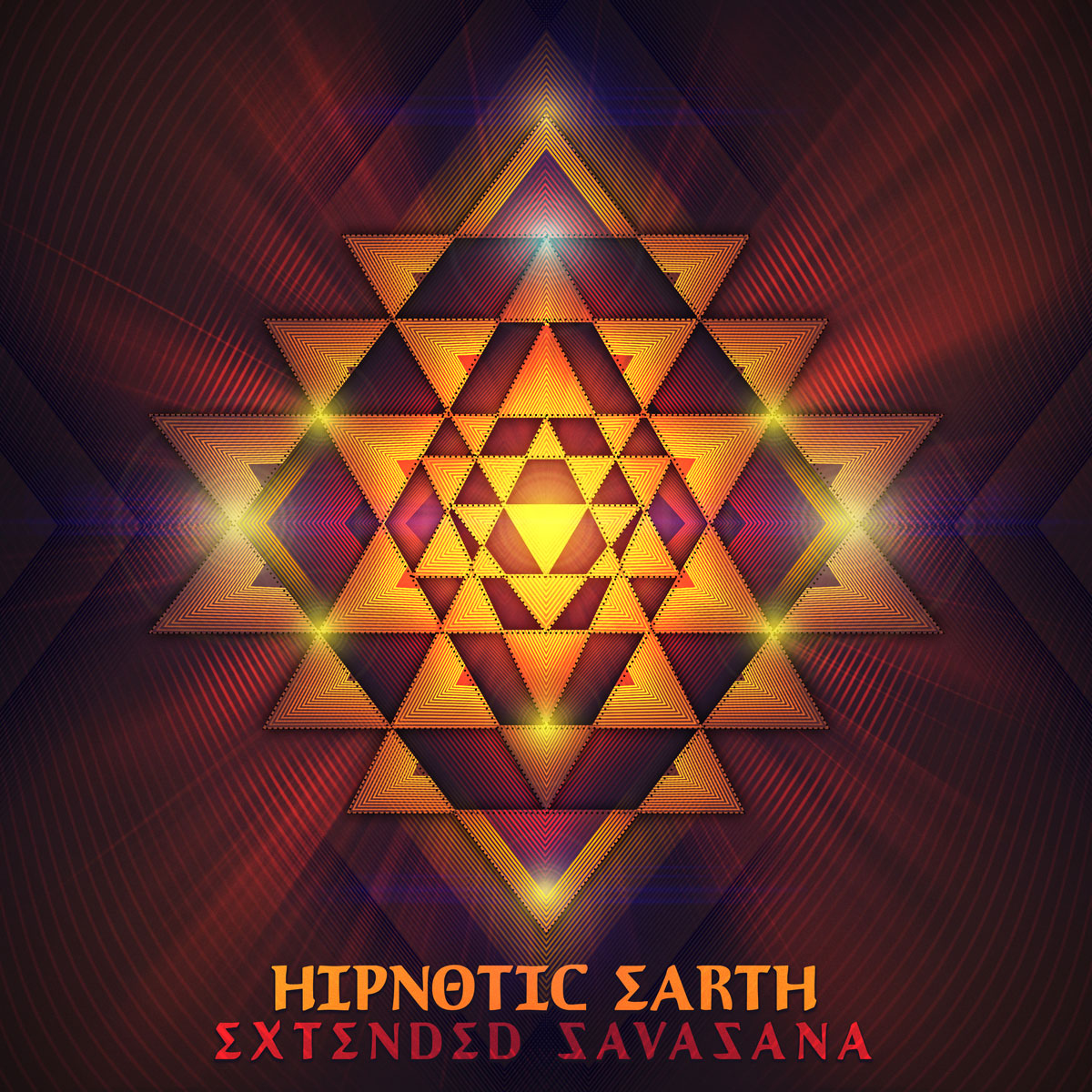 Cosmos Rennert, the man behind Hipnotic Earth is dropping a fresh album, Extended Savasana, this week on Desert Trax. The album is seven tracks, moving through various soundscapes, highlighting how peaceful music can also be invigorating, like a portable sound bath to listen to anywhere.

Extended Savasana is an inviting new album from the multi­instrumentalist, who has collected seven sonic journeys meant to guide the listener inward, to a place of deep stillness and even sleep. Desert Trax is thrilled to host this unique album, which almost never came to be. Hipnotic Earth's Harbin Hot Springs home and studio were destroyed by wildfire, but thankfully recordings of those very springs are a unifying feature of this collection. From the opening drones of “Slow Light,” into “Footsteps of the Ancients,” and on through “Perfect Quiet” and “Releasing” the centering beauty and quest for quiet is a truly meaningful experience.

For anyone who's unfamiliar with yoga or meditation, Savasana translates to "corpse pose", it's the final 5 minutes or more where yogis after putting tension and stress on their bodies through grueling poses that enhance flexibility and strengthening for an hour or two, finally release all tension and relax release their bodies and minds into a meditative sometimes out of body experience. This can be enhanced by vibrations, sounds from gongs or chimes and often Tibetan metal singing bowls or quartz singing bowls which are created to produce different high and low frequencies tuned to what yogis call chakras. Different sounds, whether from instrumentation or nature, all have different vibrations that resonate within our bodies differently.

"Tension!!! Release... in large part is what compromises music. In breaking this rule and focusing on sustained, never­ending release, this music aims to increase vagal tone and activate the para­sympathetic nervous system which increases the all important heart rate variability (HRV), which is important for managing anxiety and stress)," explained Rennert.

It is no secret that music influences our mood, sounds are what move us quite literally. Rennert uses sound frequencies, whether deep and bass or high and etherial to extend the meditation, to not just go to sleep but stay mentallynengaged. Yogis around the world can meditate for hours, days, which westerners (no, not just the West Coast but all of the U.S., U.K., parts of Europe, we're talking Eastern vs. Western approaches to medicine and healing) have found amazing and on some days unfathomable. With busy lives I have a hard enough time meditating for 5 minutes let alone hours on end. However, through vibrations, producing different sound frequencies resonating within our bodies, we ALL can reach savasana, whether we actually go through a yoga class or not. Additionally Rennert uses the principles of Reiki which is a japanese approach to energy healing, relaxing, reaching a higher consciousness that is similar to the Indian Chakra system. Whether balancing your "Chi" or aligning your "chakras" the idea is to restore your body's central nervous system. 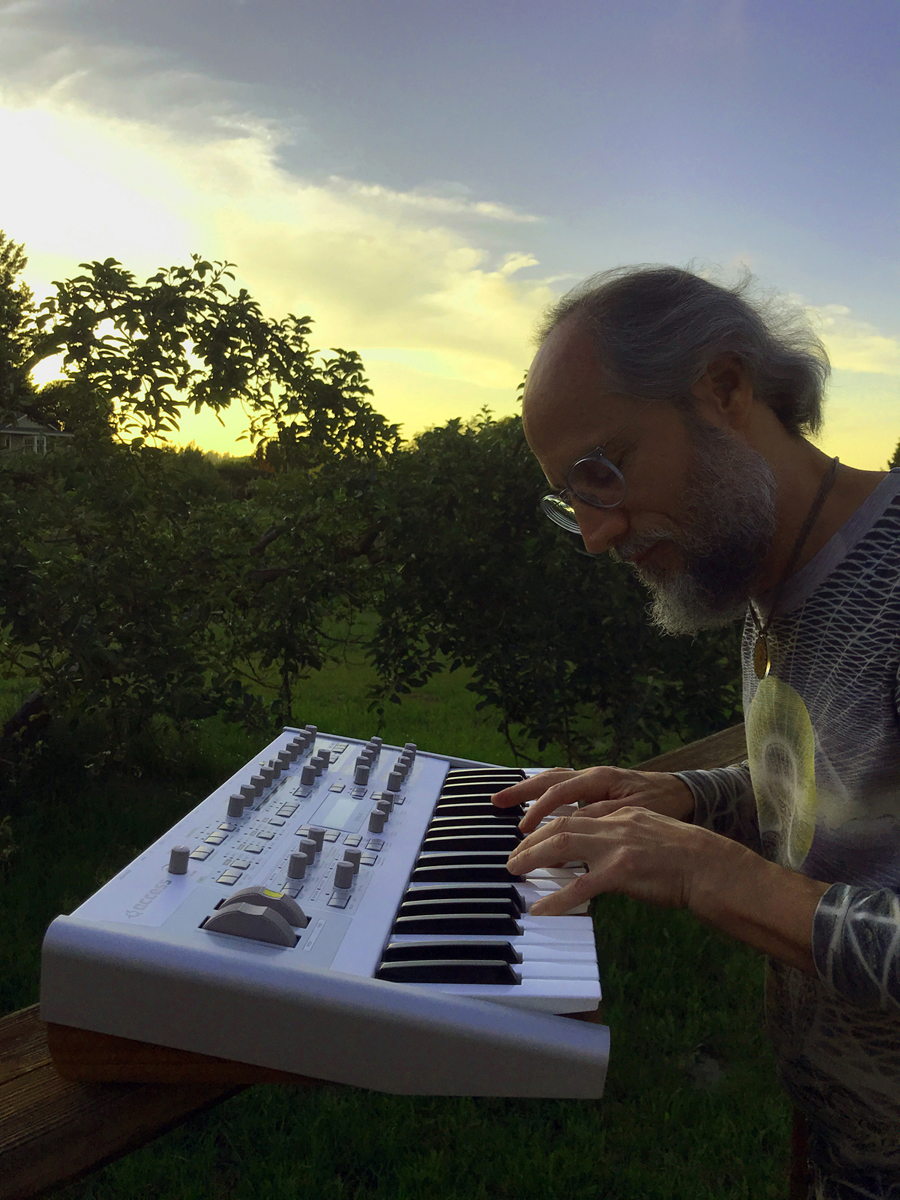 Since our bodies our mostly fluid, vibrations, music, sound, noise, whatever you want to call it have and direct and indirect effect on not only our emotional but physical well being. Rennert became interested in this particular style of chill but enthralling sounds from a love of tribal drumming, jazz and as Rennert explains:

“I've had a long love affair with live looping as a tool for both rhythmic and textural inspiration. What was once a wall of mad-scientist dub controllers that strove to allow improvisational listening and responding with other musicians in the mix, has now evolved into deeply meditative washes of relaxed balmy soundscapes for tired ears. For this newer calming sound of Hipnotic Earth, loopers are used only occasionally as a source of joyous experimentation. The technique of modulating the feedback amount so as to sculpt the looped material as it fades and evolves over time can yield surprising results. A love for the silent spaces in music has always been important to me; the breathing and stretching of phrases and rests is a lesson learned from Miles Davis’ music as well as from so many great ambient artists. The silence is a literal thing, as well as symbolically representative of the macrocosmic and of the settling and stilling of mental chatter.

“The start of the Hipnotic Earth project was a dramatic one; while living and recording at the ancient hot springs of Harbin in Northern California, the scheduled September 2015 release date for the debut album Essence was missed when, that very week, my home, studio, possessions, workplace and tiny little town all burned down in a sudden massive wildfire. It is with deep gratitude that I am able to continue recording and releasing this music.There is more to the story of Hipnotic Earth that involves traversing through a reality since 2014 where I am hearing some of the frequencies above 10000 Hz cranked up20-60dB above normal depending on the quality and suddenness of the sound, creating a nervous system that is in flight or fight with almost every tiny little sound throughout the day (hyperacusis). I have had to cease doing things like dancing, drum circles,producing beats, jamming, parties, anything but very quiet music. I mix at an insanely low volume.”

While I found myself constantly cranking up the volume, Cosmos Rennert's unique approach that makes his ambient tunes stand out from a genre often overlooked as "background" soundtrack to our daily lives, or music to which one can doze. Instead the tracks are designed to make the listener stop whatever they are doing to be transported to a lake at dawn, or the beginning of time, or whatever picture the music paints for you. My favorites include, "Heralding the Newts", "Footsteps of the Ancients," and "Releasing"—the finale track.

"Footsteps of the Ancients" reminds me of Ancient Aliens. This track sounds like large beings taking large steps through sand, digital whooshing futuristic sounds, melodic keyboard, deep vibrating sounds, this track sounds both ancient and other worldly. I found myself wanting to dance or flow, this is perfect for stretching, and picking up energy from the ground and releasing it into the air, as if I was an ancient ballerina alien creating the clouds above me while i take another long glorious lunge…across my living room and ungracefully stubbing my toe. Ouch.

Perhaps it is better to chill to these tracks, to use in yoga, reiki, with essential oils to create ambience for the ambient journey as Rennert suggests. I put on some lavender to release tension and peppermint to invigorate (Rennert mentions that essential oils and perfumes are used to enhance the deep relaxation and mind body connection) and I try to be mindful and let my thoughts roll by me like a flowing river, letting the music guide me on a visual journey through unique, individual and delicious sounds. The rhythms change throughout, which is helpful for flow artists transitioning to their next move or reiki practitioners know when to move onto the next position on their client while providing energy healing and sound therapy.

I like how he uses Reiki and yoga principles and sound frequencies which can hypnotize the listener to reach a relaxed but engaged meditative state. I got certified in reiki level 1 and 2 when I was in LA, so I understand somewhat the flow of the music. I love how this album is much more than ambient, it is activated extended savasana—not nap time! Instead a time to release stress through meditation and guided imagery, with frequencies tuned specifically for finding quiet within the sounds of Hipnotic Earth.

Some people pay enormous amounts of money to go to transformational spa promising sound baths, guided meditation, tranquility and so on. I say skip that and listen to Hipnotic Earth's Extended Savasana. If the music doesn't bring an emotion out from you I suggest you get your ears checked.

Even if you've not the meditating type, some tracks are certainly danceable. Perhaps not a headbanging or the type to blast with your windows down, but it may have you dancing from a carnal, primal intuition, flowing majestically like ancient beings walking and creating as they travel across the desert, or perhaps the ethereal " Heralding the Newts" will make you dance like a gypsy or wood nymph. Extended Savasana also just might make you feel more enlightened, playing during traffic to a fest, or listening to at sunrise or sunset fully submerging yourself in the mystical journey.