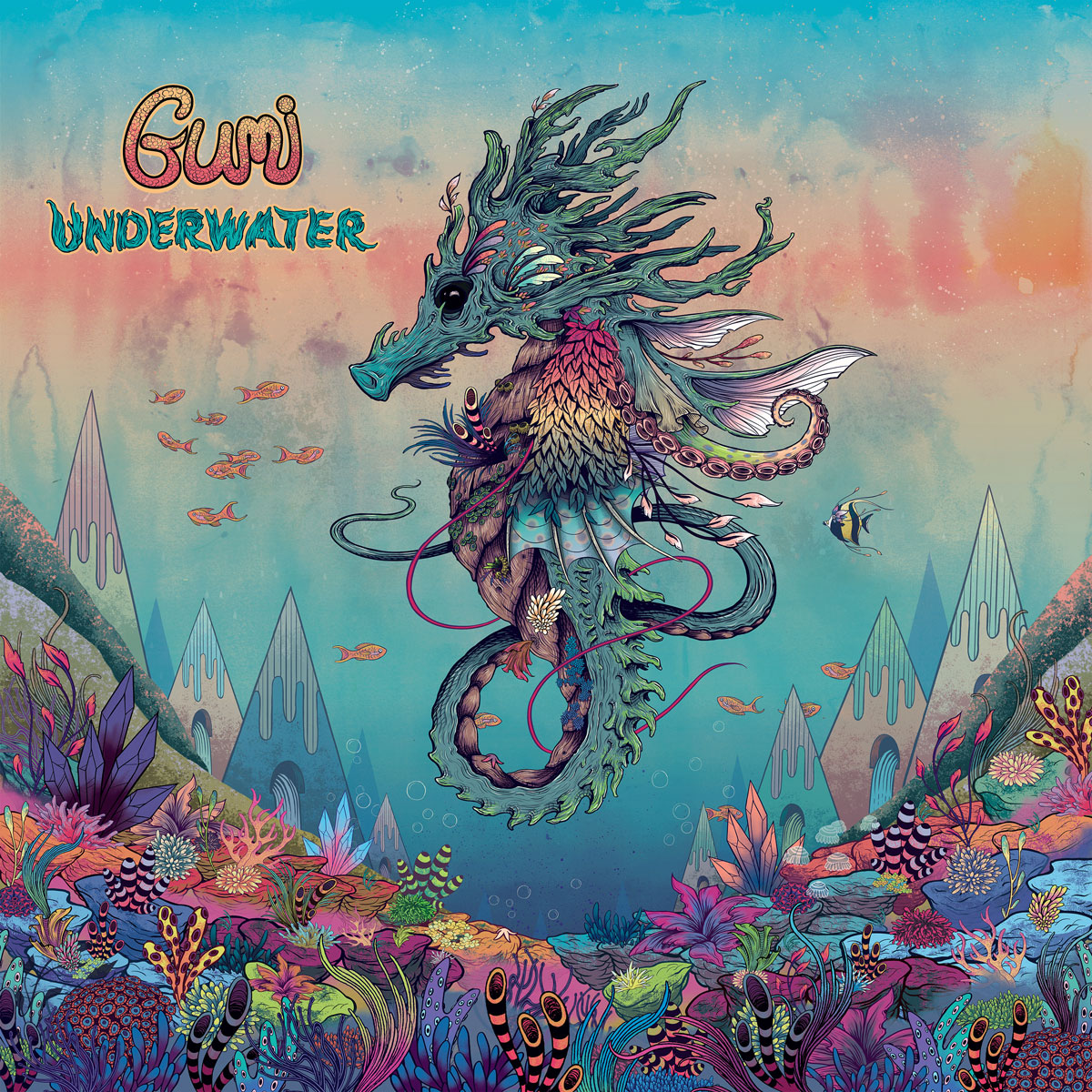 Many psychedelic bass fans in the U.S. were introduced to GUMI this summer as part of Desert Dwellers' Beyond Borders live stream. Featured alongside world-renowned mycologist Paul Stamets, Living Light, and a set from the Dwellers, themselves, Israel's Maor Hasbani thrilled fans with his twisted bass productions from his synth-laden home studio.

Hasbani has been a huge fixture in the Israeli music scene. His project, GUMI, is focused on psybreaks and psyglitch, as evidenced by his new album, Underwater, which comes out on the Dwellers' Desert Trax label on January 25th.

Today we feature a collab between GUMI and legendary U.K. psybass producer, Kaya Project. “Reflected Within” has all the hallmarks of a crisp, psychedelic tune, but with a modern twist, as Hasbani and Seb Taylor attempt to update the classic sound. The album itself contains a range of tempos and genres, but that steady GUMI fat bass synth lead is ever present.