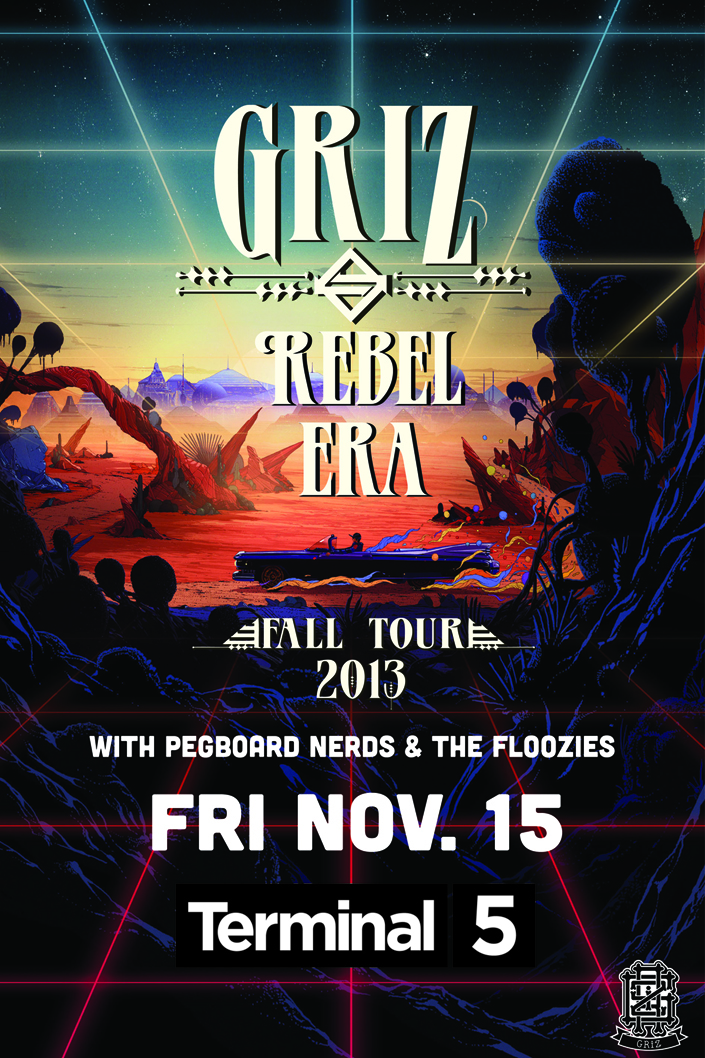 Welcome to GRiZ & The Floozies day on TheUntz.com. If you're just joining us, we've been talking about these guys all day. Today marks the release of The Floozies' new album, Tell Your Mother, on GRiZ's Liberated Music label. Grant Kwiecinski is about to set off on a whole new string of dates on his Rebel Era tour, including a massive gig at Terminal 5 in New York City on November 15th with Matt and Mark Hill, and timing was perfect to get these two going with the album.

Buy tickets to GRiZ, Pegboard Nerds, and The Floozies on November 15th in NYC

GRiZ's album came out just a couple of weeks back, and the prolific young producer cut no corners. Full of hard-hitting beats and kickback samples, the sax man busts through a rowdy number of tunes that lay the foundation for this massive tour. The first five songs of Rebel Era introduce listeners to GRiZ’s more soulful side. Sure, there are upbeat and pulsing moments, but the overall ambiance tilts closer towards live instruments. Whether he’s sampling 2Pac on “Gettin’ Live,” Lynyrd Skynyrd on “Hard Times,” or Nas throughout “DTW to DIA,” it’s clear Kwiecinski loves to shake things up. The line between poignant and dance-worthy has never been so uncertain, packing emotion into each groove-laden moment. Another highlight is “Simple,” coalescing The Floozies’ bright guitar rhythms with alluring sax sections on the album’s most blissful tune. “On The Beach,” surfing the day away, listening to The Beach Boys like Endless Summer just came out.

Joining The Floozies and GRiZ at Terminal 5 on November 15th is Pegboard Nerds, The Scandinavian duo is known for high-flying future funk acrobatics with tons of bass and loads of inventive twists that will have you grooving uncontrollably. This is going to be the concert event of the fall in NYC.