Try watching the video for "Hard Times" and not get pumped for both Rebel Era and the fall tour which kicked off last week. GRiZ is on the west coast, but his heart is clearly in Michigan. The video accompanying the new single showcases the blight and despair of middle America, felt most keenly in his hometown of Detroit. Shot at DEMF, the wild and wet set demonstrates his love for the Motor City, though his new base is Boulder.

Having heard Rebel Era in its entirety, let's just say this is going to be a record for the ages. Grimy, beautiful, passionate, and poignant, the man poured his heart and soul into this one. This is what he had to say about the album: 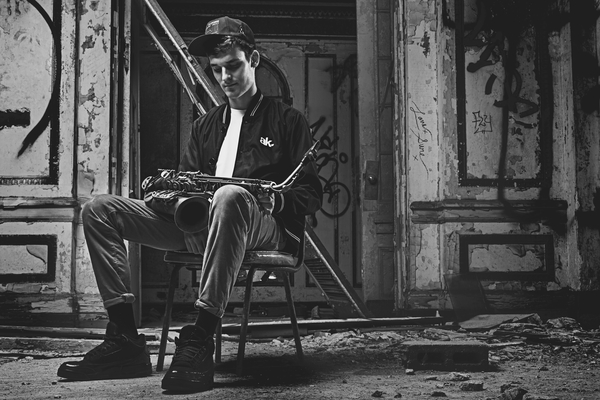 In a time where words and phrases like the occupy movement, personal freedom, the NSA, riots, elections, and war are on the tips of everyone's tongues, I can feel a shift in global energy. This is a time where classism and competition is tearing a rift in society. A time where imperialist democratic capitalism is fighting its way to dominate cultures and seperate people into selfish consumers. A time where people are turning against the powers that be and are speaking out against these values. A time that is inspiring people to seek change. Its the time that we live in, an age that we created.
I wrote this record over the past year in many different states and phases. From tour busses, to bedroom studios, from green rooms full of friends and scenesters, to planes thousands of feet flying through the sky. I've met and worked with so many new people through the creation of this album and pushed my limits as a producer to create something challenging and dynamic. Taking every single moment that I wasn't on stage and dedicating it to developing ideas of sound; at times, left me breathless and laid out on the floor of my room with songs on repeat - anxious thoughts melting away into space.
But thats the thing. I've found that music sets me free. Its up to us to use that which is most compelling and manifest a new reality. One free of apathy. A world of compassion, empathy and cooperation. A world of action and of love.
This is Rebel Era.
- GRiZ. 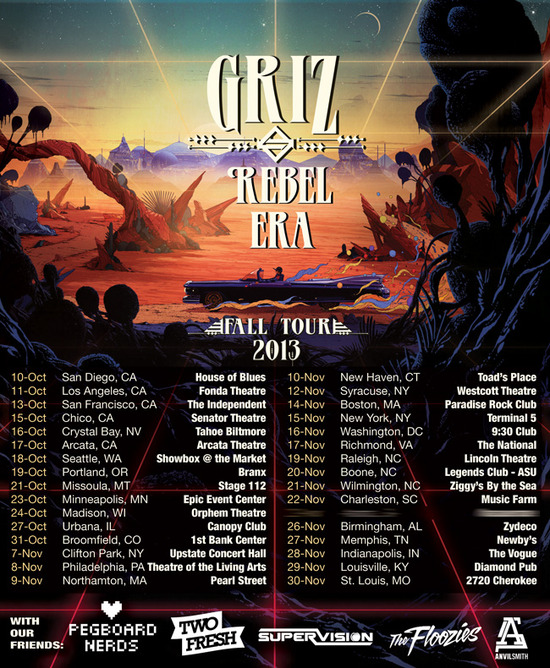