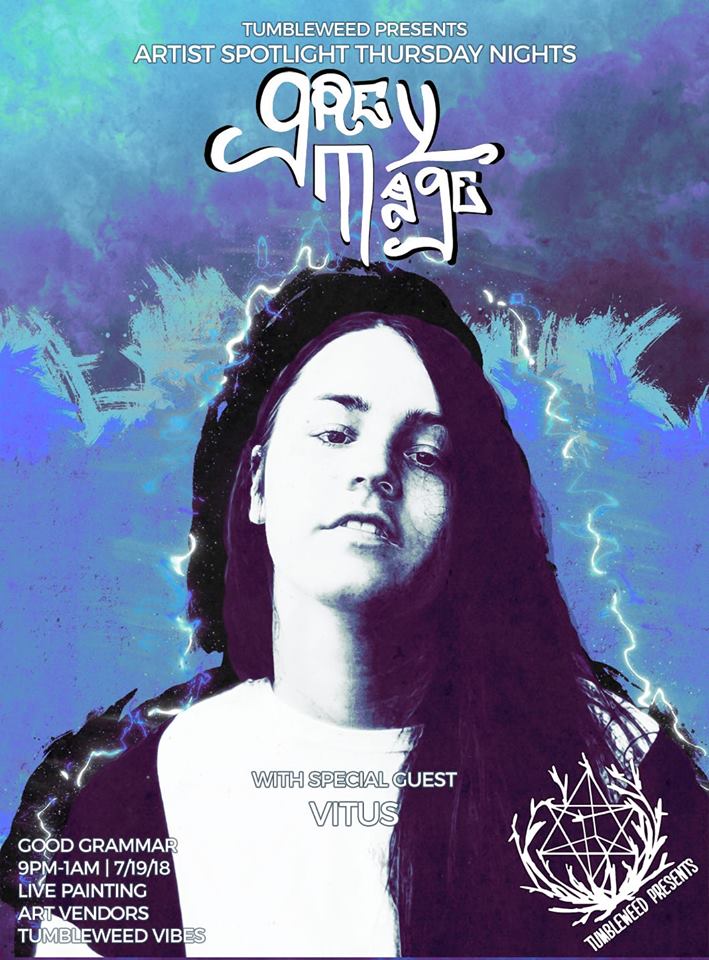 In the land of the Great Salt Lake there is a strong female force to reckon with: McKenna Reyne. There are a lot of supporters making sure greymage is coming up in the scene correct. Backed by the forces of the Tumbleweed Presents crew based in SLC, she brings a unique flare to the table with her aesthetic. She has spent time in the studio recently with an unknown producer, Vitus Ajna. Together these two have brought us an exciting, deep dubstep heater, “The Great Descent.”

greymage serves as the main sound designer and vocalist, while Vitus Ajna pulls the beats and low end together. Just last weekend Reyne played the Saturday morning sunrise set at Moon Immersive Festival outside of Salt Lake city and came in as the favorite set of the festival while playing her unreleased original tunes paired up with the sounds of her inspirations in the game.

Tomorrow night in Salt Lake City she will be headlining the artists showcase downtown at Good Grammar. She will be playing two different one hour sets, and Vitus Ajna will be joining her to do the same. Next month she will be releasing a brand new mix via the Murk.Wav collective followed by a set on August 11th where she will be premiering more new content from her forthcoming EP.

Be on the look out for this inspiring producer as she takes the west coast on during the second half of the year.