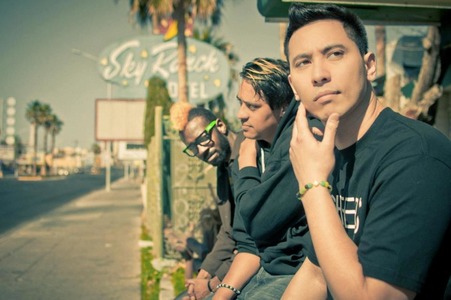 Brothers Kalani and Tau'i Mo'e and DJ/producer BGenius make up this musical trio. All three, bringing musical backgrounds to the table, have bonded, blended, and banded together, charging full-steam ahead into the EDM scene with a brave and powerful vision to take Splitbreed from the west coast all the way to the east coast and beyond. Recently, the trio was in Atlanta at Lunar Massive music festival. I was fortunate enough to land an interview with them pre-show.

Wow, Hawaii, Philly, and Las Vegas! How is it that y'all came to meet each other despite coming from completely different parts of the country?

Well, its kind of a funny story. We used to have this little studio in our garage, and at the time, I was producing a Christian rapper. Thats when I met BGenius because this rapper used to get BGenius to produce the beats for him and I was doing the vocal work. As we manage and produce this guy, we were both just sitting in there looking at each other and shaking our heads thinking, "this guy is horrible." But despite the terrible rap, BGenius's beats were awesome, and from there it spawned and blossomed into what our musical relationship is today which we call Splitbreed. We opened up another studio in Vegas where we started doing all of our productions together. Time went by and we very quickly realized how well we worked together. It was natural, it clicked, and kept working for us, so we ran with it.

Wait, so I only see two of you. Is there not a third member?

Ya there is, he's actually my brother; however, he couldn't be here because of some rough family issues, but were here and we'll rock just as hard if not harder to make up for his absence.

Where did the idea for Splitbreed come from?

My brother and I have always played with the idea of putting a group together. Our dad was an entertainer and so was his dad, our grandfather, so I'm a third generation entertainer. We've always loved EDM and we've always loved pushing boundaries, but we come from a hip-hop background; however, we've kind of gotten a little bit bored of it within the past couple years. Since we always wanted to do something different, we saw our chance to do something different hence the name Splitbreed. We mix different genres and styles; we like to mix a lot of live vocals on EDM. If you notice, all of our songs are pretty vocal heavy. We recently dropped a trap song called "Sirens." It's doing pretty well. In one week, its gotten almost 100,000 plays, so it seems to be blowing up, and we just shot a music video for it, too. We put a big budget into it, so it should be a dope video. We're getting kind of excited. We feel like were kind of starting to bubble this year. Last year was kind of a building year, but this year we've shown serious growth because we're starting to do stuff with Pegboard Nerds and Revolvr. This year has been a lot of big collaborations. Pegboard Nerds are one of the best sound designers in the game right now, so we're very excited about our future there. They're opening on the GRiZ tour, and we were supposed to perform with them, but now that my brother has had to go back, we, unfortunately, have to postpone doing any live stuff with them. However, we're pretty close with them and they like are style on their music. We have two tracks with them this year, so we're hoping to do something else coming up in 2014. We've got some stuff up our sleeve, couple things were holding onto.

Do you have plans to release a full-length album?

Well, here's the thing, we've been debating on that because we definitely have enough material, but the thing is we feel like we really want to do it similar to what Modestep did. If you notice, they released singles, got their social media up, pushed themselves to the forefront, and then they released an album. The thing that worries me is that their album didn't do very good. It didn't blow up. What I want to happen is for us to get our recognition and notoriety up to the point that when we do drop the actual official album I want it to have a lot of hype behind it. I really want it to blow up with us like how Krewella kind of did it. They went single, single, single, collab, collab, collab, then boom dropped their album and it went straight to [Billboard 100]. We're way more hip-hop oriented than Krewella, but we have similarities; however, like we said we want to move away from the hip-hop realm mainly because of the connotation it brings with it. Out in Vegas, hip-hop has a bad reputation. There are a lot of problems with hip-hop events such as fights and stabbings among other stuff, so a lot of the clubs on the strip won't book a strictly hip-hop artist. Unless your really huge. We are fortunate to have played at a lot of the major venues out there. We've built a pretty good reputation mainly because we don't have a solidified hip-hop connotation. It's a cross breed of sound, you know, Splitbreed. That is the embodiment of our name.

Is that where the name Splitbreed came from?

Well that is a part of it, but my brother and I are Hawaiian and white, so we're mixed and that plays a heavy role in our name as well. We also like meshing genres. We love meshing hip-hop with electronic. For instance, our newest remix with Tut Tut Child is a mesh with dubstep. Our most recent song is trap, so we like mixing all kinds of sounds. We really love that harder stuff with real heavy bass.

We've been discussing a lot of genres that play around with. Is there anything we missed about you, genre-wise?

We do hip-hop, EDM, dubstep, vocals, recently trap, but its not out of the question for us to do a pop track or something like that. We never want to limit ourselves or say we can't do something, we'll simply take it on as a challenge and put our own fresh spin on it, ya know? Make it our own, that how we try to look at it. "BassDrop LoveFall" is one of those songs that's more of a poppier type of dubstep track. That was the track that sort of opened people's eyes to us because that was on our first EDM release which was August of last year, and this has been a lot of collabs which has helped us get a lot of notoriety and publicity.

Who were major musical influences for you?

I loved Linkin Park growing up. I loved how they mixed everything and how they had the DJ and the band. We actually perform with a live drummer when its called for at festivals and stuff. We really love the live thing and are really big into it. We feel like live EDM will be getting bigger over the next couple of years. I feel like that's really going to be what's going to break out. Ya know, you got guys like Waka Flocka performing live with Steve Aoki and things like that and that, in my opinion, is where the EDM is heading. DJ's and DJing are cool and all, but artists are beginning to expand to live instrumentation and live performances with their shows. Today, you almost have to ya know, you got to be different because that's how you get attention. It's all about pushing boundaries. It's like back when there were solo piano players. Eventually, the pianists brought in the full orchestra behind them which is like today's DJ bringing in the live instrumentation. At first artists were hesitant and unsure how audiences would respond to it, but now its starting to take off and more and more artists are moving more rapidly towards it.

Do you guys have any pre-show rituals?

Usually it's something chaotic like missing our ride. But no really, its just the nerves. I always have the nervous feeling. I feel like the day you don't have those nerves is the day it gets boring to you. I mean, the nerves are like nervous tension but that's what fuels you. It drives you to leave it all out there, and whether were doing a DJ set or a live set that's something we always do, we always leave it all out there. We get in the zone and rock it, and like my Dad always told me, doesn't matter if its one person or a million people, you get out there and you rock it the same way. That's pretty much what were all about. What are you in it for if you don't go all out? I feel like you can relate it to an MMA fighter. All your preparation leads right up to the show and everything is done right there in the moment, and other jobs aren't like that.

What's your vision for Splitbreed? Where do you see yourselves in a couple years?

We want to be signed to a major label and produce other artists. People look at us for our vocals, but we produce a lot. Also, we want to put Vegas on the map. We want people to know us and know that when they come to a Splitbreed show they're going to get everything: high energy, nonstop entertainment. We definitely want to be known for our live performance.

What festivals have y'all played?

We actually played EDC Vegas this year on the big space ship stage. We played Extreme Thing Music Festival which is around 30,000 people and is a predominantly a rock festival, but they asked us to play. We also played Burn Neon. This is actually our third trip to the East coast this year and our first year ever performing on the East coast. Even though were from the West coast, I feel like we've started to create a really good fan base out here on the East coast which is our goal, and it's really been a warm reception. The hospitality has been amazing in the South. It's definitely lived up to its name of Southern Hospitality.

Describe Splitbreed in your own words.

We are hip-hop infused, EDM crowd records. I'd also have to say energy because we'll be covered in sweat, rocking out looking like were playing in a sports game like he's in an MMA fight. We don't stop moving, high energy.

Splitbreed's set at Lunar Massive was exactly as promised: genre infused and highly energetic. These guys are awesome musicians and even cooler guys to talk with. I enjoyed their set as well as their company. Be sure to catch them as they rock out from the west coast to the east coast. Don't miss out! Join us in the movement and become a Breeder! 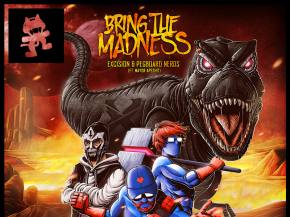 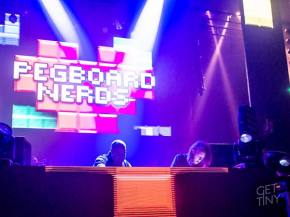 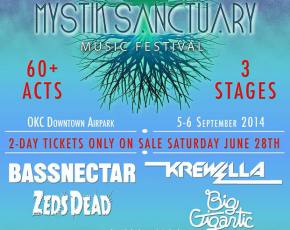 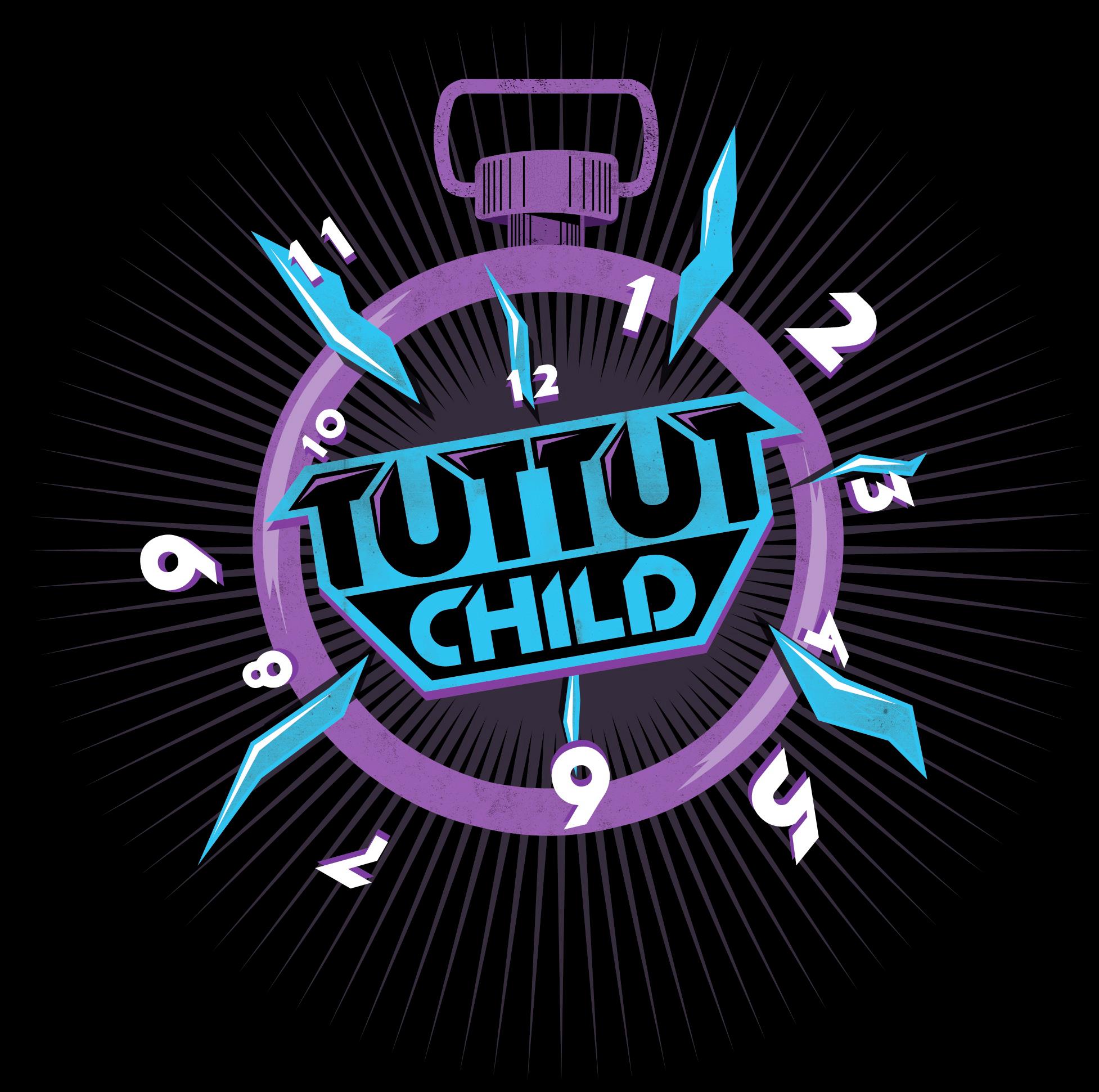