Flying Lotus, the moniker chosen by Steven Ellison, California-based electronic music producer, is the torch holder for the tradition of universal spirit music sought by his Aunt (Alice) and Uncle (John) Coltrane. Fly Lo, as his adoring fans have affectionately dubbed him, is emerging with a conscious wave of hyper-intelligent, off kilter Cali beatmakers, keeping the company of 8-bit wonkers like Samiyam and The Gaslamp Killer. When you collaborate with Thom Yorke, drop everything from Busta Rhymes to Bjork’s “All is Full of Love” into your BBC essential mix, and contribute music to the Aqua Teens, one might expect you to have a unique sound. Ellis' pillowy haze of throbbing heartbeat trip-hop lives up to this esteemed profile, and he fills these shoes with drops of liquid bass and flammed out sound collages. His affinity for unquantized excursions into rhythmic pulse have elicited many a comparison with the late great J Dilla, who's human approach to beatmaking has left an incomparable legacy on the kick snare generation. Fly Lo’s organic, artifact laden soundscapes breach new territory and make us wonder where he’ll go with his next project, this time backing up Erykah Baduh.

Flylo’s saucer descended on Beantown last Friday, and his hallucinatory femme-soul-bouncetronica resounded against the mezzanine walls of the Royale, strings and all (Kanye’s “Flashing Lights” followed a short bout of silence between tracks, then he slammed the crowd with Tyler the Creator’s “Yonkers”). The night was young, the sound was crisp, and he reeled in a professional and appreciative audience vibe with a mix of his classic and much-loved lilting psych-step, 4 on the floor, and a hefty dose of straight up DJ set that invited everyone from Bone Thugs n Harmony to Weather Report for dinner, ostensibly in their original form, save a tempo change here and there. A selector as well as a composer, Ellis brought us on a hip hop tangent with Jay Electronica and GZA joints, which led into much anticipated favorites like his downtempo thudder of a remix for Mr. Oizo’s “Stunts” and finally select cuts from the Los Angeles and Cosmogramma albums.

One of the exciting things about seeing Flying Lotus perform is how he applies the improvisational approach in a medium not often assumed to have room for much variation or ad-lib. He mixes tracks in new ways, and blends his library of signature samples into new electro-recipes during each set. The feathery compressed female vocals in “Massage Situation” emerged in an unexpected place and satiated some of those wanting to hear more original composition, and a new segue mash introduction for “Do the Astral Plane” served the same purpose for the die-hards. I myself wanted to hear more live creativity when we were subject to listening to “Paint it Black” on an industrial sound system while Fly Lo said hello to the front row. I was waiting for him to jump behind his MPD and make it his own, but I did appreciate the gesture and his obvious compassion towards his fan base. He repeatedly acknowledged the fact that 90% of the attendees were artists of some kind, and he urged a roomful reputable Bostonites to take the inspiration back to their labs. They did just that, and a late night after-party featuring the sounds of Boston’s own Blue Boy Productions had some people more entertained then at the Royale. All in all, it was a vibrant night for Boston creativity, and we thank Flying Lotus for the inspiration, and eagerly await both his sounds to come, and the ripple effect they produce on an awakened faction of youth living in a rapidly changing world. If you haven’t been exposed to any of Mr. Ellis’ angelic arcade audio, do delve into his catalog, as it remains some of the most articulate and tasteful in contemporary production. After Friday’s performance, its clear that Boston will welcome him back with open arms. 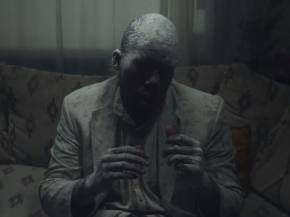 The Flying Lotus 'Coronus, The Terminator' video is creepy as hell 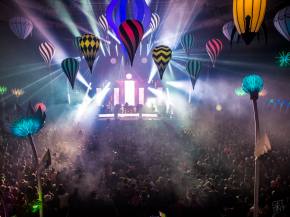