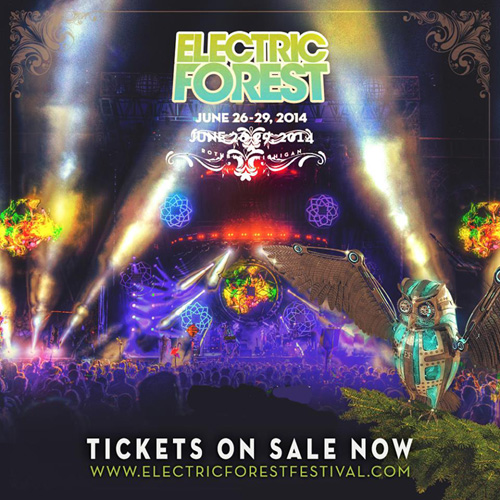 In an unsurprising, but cruel twist of fate for many eager beavers, Early Bird tickets for perhaps the most anticipated festival of the summer season, Electric Forest, sold out in approximately 180 seconds. Hundreds of fans who logged onto the ticketing site were turned away mere minutes after sales were officially opened.

The much lauded festival, presented by Insomniac Events and Madison House, returns for its fourth year to beautiful Rothbury, Michigan June 26-29th. Between superstar headliners like Pretty Lights, Bassnectar, and festival hosts String Cheese Incident, the unbelievably picturesque location, mind-boggling art installations, and home in the heart of the heartland, Electric Forest has become one of the premier festivals in the country, melding electronic music with jam, rock, and Americana to bring together a hodge podge of music fanatics for four days of uninterrupted mayhem.

At this point, all Loyalty Early Birds, Good Life Loyalty Village passes, and now GA Early Bird tickets have been sold out. All without any artist announcement, mind you. Fans know what they're getting with Forest. We can attest--the hype is real.