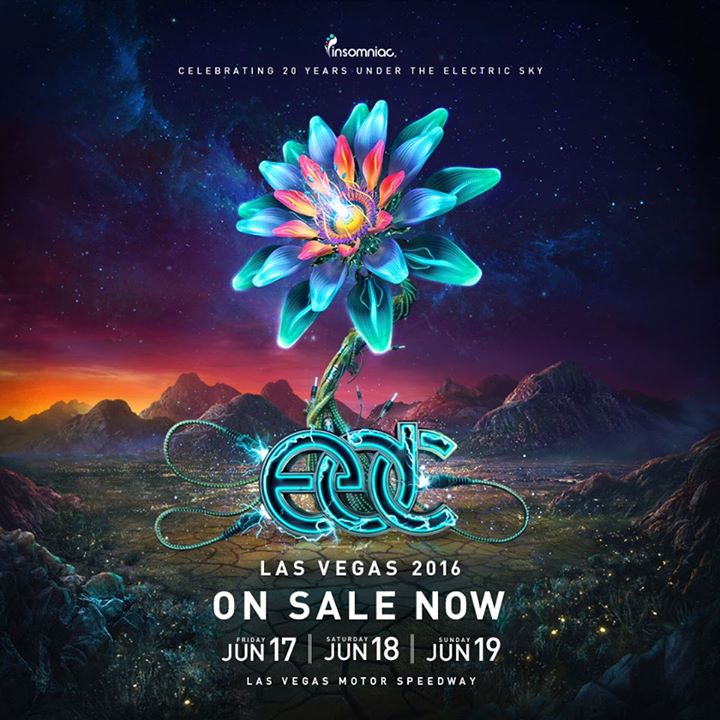 Celebrating two decades of dance music domination June 17-19, 2016, Electric Daisy Carnival returns to Las Vegas Motor Speedway to celebrate its 20th anniversary in style. The "flower" in Insomniac Events' cap sold out in 2015 at 400,000 attendees, and with a lineup, over-the-top production, and history on its side, EDC Vegas is expected to outdo itself once again. Tickets are now on-sale for the 2016 event, but things are a little different this year.

This year, the state of Nevada is instituing a Live Entertainment Tax, or LET, which adds 9% on top of concert tickets. While casinos got a break, both Burning Man and Electric Daisy Carnival will be hit with this levy for the first time in 2016. Because the new tax goes into effect on October 1, 2015, Insomniac founder Pasquale Rotella put EDC Vegas tickets on sale nearly two months early than normal in order for fans to get out in front of the price hike in a little over a week. In its past 5 years in Vegas (since moving from southern California), Insomniac estimates it has injected $1 Billion into the local economy of Clark County.

3-day GA passes start at the Early Owl price of $335 plus fees, followed by the Later Owl price of $355, plus fees. VIP passes will be available for $699 for those 21 and over, before service fees. Sleepy Owl tiered tickets will be effective starting Thursday, October 1 and include the tax inflation. Sleepy Owl general admission and VIP passes will start at $386.95 and $761.91 respectively, before service fees. Layaway pricing options are available for all ticket types.

Hurry and snag your tickets NOW to beat the Nevada tax hike. Visit lasvegas.electricdaisycarnival.com to grab yours and get more info.