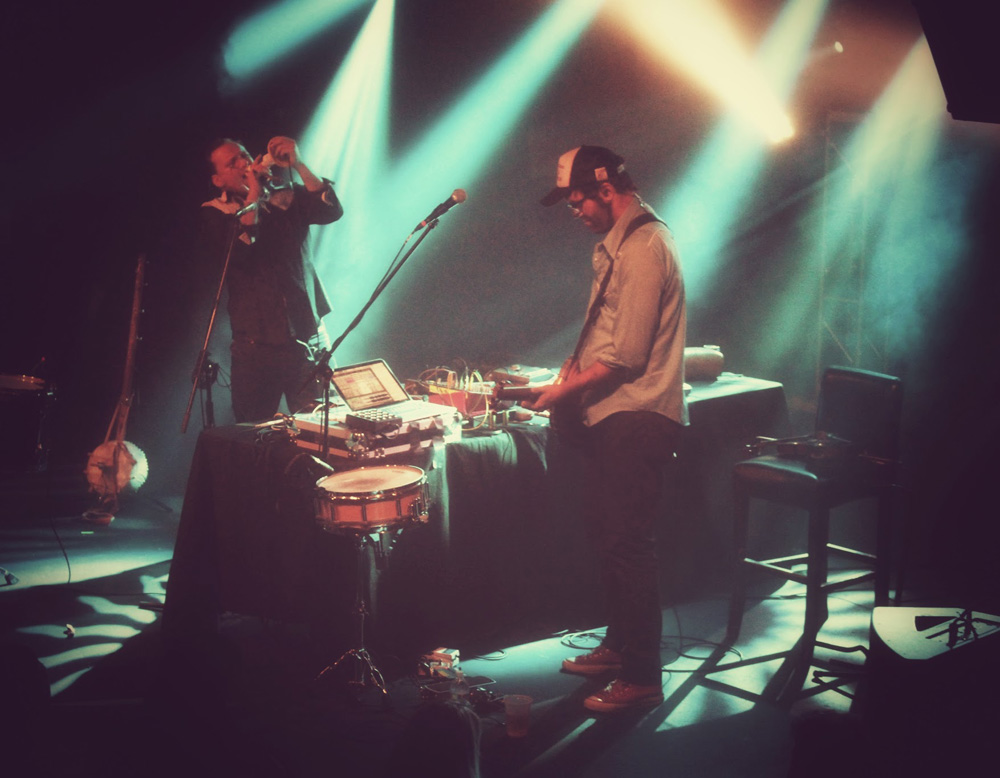 The release of the brand new Dirtwire album, RipTide, approaches! The collaborative duo of David Satori (Beats Antique) and Evan Fraser (Stellamara, Hamsa Lila), is on the verge of a brand new eight-track collection that has the talented pair taking on every instrument under the sun and whipping this worldly stew of styles and influences into a frothy, dance-fueled gumbo of east-meets-west deliciousness.

Today's premiere, "Polar Vortex," is a shimmering amalgam of acoustic and electric instruments, held together by a tightly-wound groove that balances out the exotic strings and plunking synths. When Satori and Fraser take the stage, it looks like they just robbed a music store. Between banjos, hand drums, ngonis, koras, and bizarre pieces you don't know whether to bang, pluck, or blow, the Dirtwire aesthetic is a melting pot of alloys from around the world ripe for fans of Beats Antique, Desert Dwellers, or Karsh Kale. As a side note, this is the first Dirtwire release to feature only Evan Fraser's vocals--a deliberate detour from the multitude of guests vocalists the duo usually tap.

If you have an aversion to the Carcharodon carcharias, perhaps you should not watch the video for the single "RipTide." Just grab the album when it comes out on May 12 on Beats Antique Music.