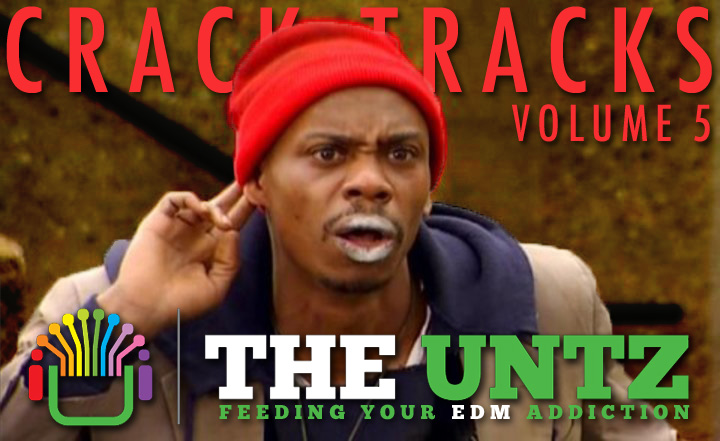 Cashmere Cat’s new EP hasn’t even dropped yet and the remixes are already starting to flow in. Than again, that’s what happens when you release snippets of your unreleased tracks. People hear what you’re doing and they have to put their two cents in. February 10th couldn’t come soon enough, but for now we’re perfectly content jamming along to this brilliant edit from Phazz. The Frenchman retains what Cashmere built, adding luscious layers onto to the original’s framework and creating a breathtaking piece of sonic art that effortlessly utilizes spellbinding pauses throughout.

Julian features all kinds of dope and unexpected samples. Bed squeaks, gunshots, lyrics from Fabolous, and even some tropical dance vibrations, all layered in between immersive vocals from Sydney based vocalist Erin Marshall. And that’s just the first track. The four song EP features two originals from Australian producer Paces, showing off his impressive production repertoire that quickly catches you off guard. In between that are inventive remixes from 813 and Chiefs, bringing their own tantalizing production to the mix and letting the world know that Die Hard Records isn’t playing around this year.

Kartell absolutely shattered this remixed. On the low key though. In fact, he actually toned down the feel of the original a bit. The Paris-based producer had a massive task on his hands remixing the already bewitching tune from Karma Kid, but a great producer never shies away from a challenge. The alleviating number invites you in with pitch-shifted vocals from the original, focusing on a more minimalistic and garage-based theme while still keeping those laidback dance vibes in the mix. We would have been fine with Kartell keeping that same flow throughout the track, but around three minutes we get unexpected switch-ups galore.

This engrossing gem has something for everyone. If you absolutely loved “Hold On, We’re Going Home,” than you will most likely find yourself fully immersed by this uplifting cover. If you are too manly to ever enjoy a feel-good song by a mainstream artist like Drake, than you can take comfort in knowing that this version brings on a whole new and often more upbeat bravado. The two Australians both bring their respective talents to the plate, combining the alluring vocals of Vancouver Sleep Clinic with the dreamy production of GXNXVS to birth a more modern version compared to Drake’s heavily 80’s influenced theme.

IAMNOBODI - Schillerpromenade
Elevated is quite possibly our favorite album currently sitting on Soulection’s Bandcamp, and that says a whole lot. That being said, we get pretty damn excited whenever the man uploads any new music. Scratch that, we get really damn excited. On his next project, the Germany-based producer decided to show love to his countries’ capital by releasing Snapshots From Berlin. The upcoming LP features ten beats inspired by the wonderful city, on this one nodding his head to the “Schillerpromenade” district. In true IAMNOBODI fashion, we get a solid amalgam of hazy background synths and appetizing drum patterns that are guaranteed to inspire those lost in melancholy.
Chloe Martini - Never Forget About Your Roots (CBR Edit)

Chloe Martini recently caught our attention and is quickly proving to be one of the most talented females in all of electronic music right now. Anything involving the Warsaw-based phenom has us jumping for joy right now, and CBR’s recent edit of “Never Forget About Your Roots” was no exception. The French producer chose a similar palate as Chloe’s original, sticking with lush piano and valiant string samples while bringing a whole new flavor to the mix. If Blackmill and Cashmere Cat had a baby, this might be what is sounded like. We could call the child Black Merecat, or Cashmill Cat.

Vocal repetition can either make or break a song. Often times a certain lyric repeated too many times will make a listener cringe, destroying the tracks natural progression and leave them begging for an instrumental version. On “Trouble,” we experience the complete opposite effect. Layered over the harmonious production of Memorecks is one single lyric which states “Take a step back and just look and say, your trouble, I can see it in your eyes.” The two Canadians discovered an unblemished equilibrium with this line, allowing you to soak up its beauty at consistent intervals throughout while still giving the beat room to breathe.

For all those fans of dark R&B out there, this one is for you. For all those fans of dark R&B mixed with some trap vibrations, this one is really for you. The two British producers served up “iii” from Johnny Rain like nobody’s business, dosing it with hypnotizing synthesizers and lofty bursts of bass that will have listeners dosing off like a drug-induced frenzy. This is basically the musical equivalent of sipping syrup, leaving your entire psyche slowly floating to OZZIE & HU₵₵I’s experimental instrumentations.

Madeaux - The Way ft Molly
SYZYGY is another young record label that we advise following on every social media outlet available. Operating from far reaching-corners of the world including London and Los Angeles, the burgeoning group of music lovers are releasing highly stellar tunes at the moment. One of their most recent uploads stems from Miami resident Madeaux, continuing his streak of forward-thinking tracks produced well beyond his years. On “The Way,” we get a strong sense that slowing down is simply not an option with a hair-raising coalescence of his musical-craftsmanship and the clutching vocals of Molly Williams. Commence falling in love.

Closing things out is a downtempo jewel perfectly suited for those late night sessions. We suggest closing your eyes, putting some headphones on, and letting go. There is no need for narcotics when you have Atlas, lulling us closer to dream state with each consecutive second of “Glow.” The British collective might not be on your radar just yet, but we highly recommend changing that by digging into their multiple EP’s released over the years. This one sees the group returning to Kastle’s Symbol Recordings imprint, and we wouldn’t be surprised if the name Atlas becomes a lot more common in the near future.