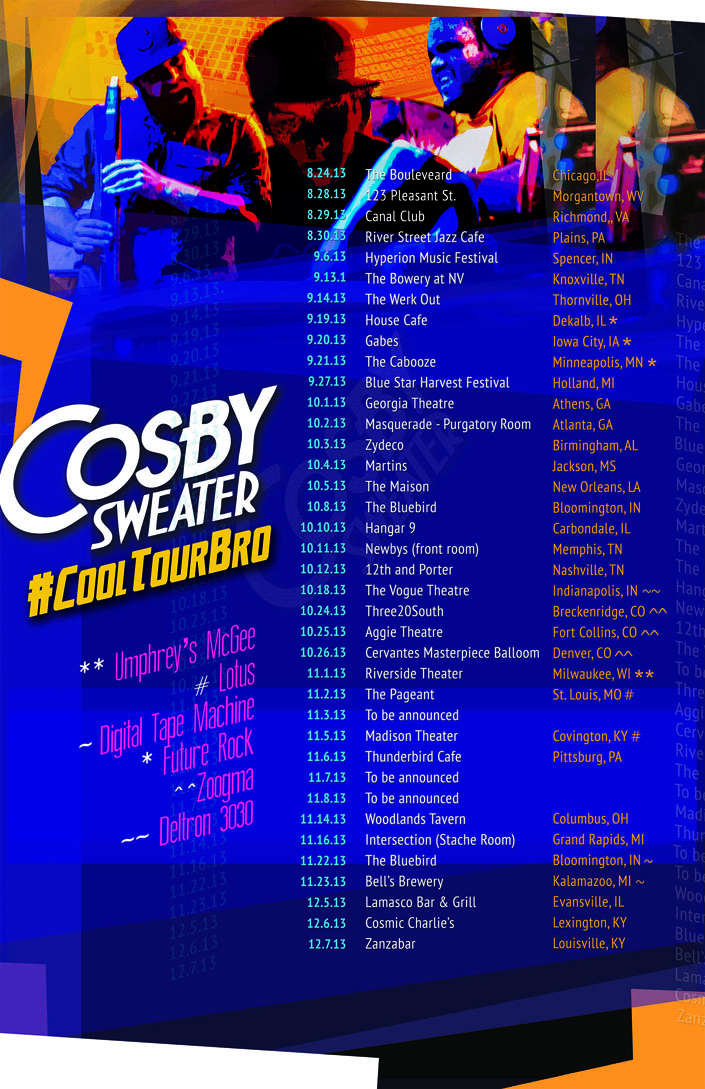 Yeah, we're having a hard time believing it ourselves. While the band's career can be measured in months, Cosby Sweater is unleashing a monstrous fall lineup that includes dates with some of the hottest touring acts in the country. The spitfire electro-jazz trio of producer David Embry, drummer Richard "Sleepy" Floyd, and saxman/EWI-provocateur Nicholas Gerlach has elevated its game considerably since releasing #coolstorybro in July and the live album recorded at NYC's Brooklyn Bowl. Choice slots at Electric Forest, Camp Bisco, and Summer Camp with UM's Joel Cummins sealed the deal for a lot of fans this past festival season.