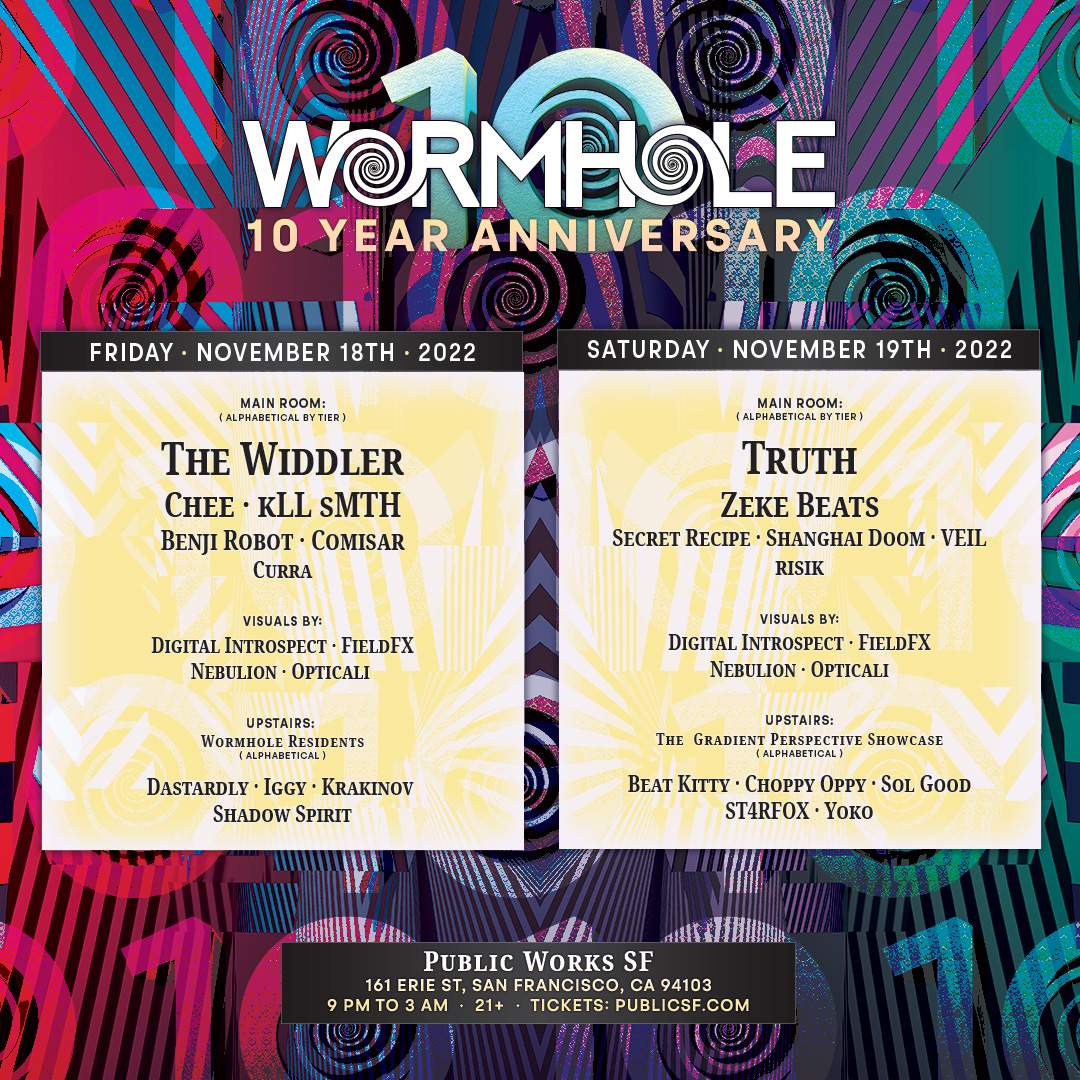 Coming to Wormhole Music Group today is a bold new release from Comisar. A former winner of The Untz Challenge, he has rocketed his way onto many a club and festival lineup and cemented his position as one of the young guns of the organic bass movement that is making huge waves in the experimental scene.

We feature “Fluorescent” from the new release Fresh Perspective today, which has that delightfully earthy and wubby sound. Chris Comisar's production techniques are watertight, and let the layered ripples of soundscapes do their thing.

Chris joins the gang this weekend for the 10 year anniversary of Wormhole. Taking place over two nights, the lineup features some of our favorite festival acts from over the years (obviously) including The Widdler, TRUTH, Chee, kLL sMTH, Secret Recipe, VEIL, Risik, Curra, the resident crew, our incredible VJ team, and the aforementioned Comisar.