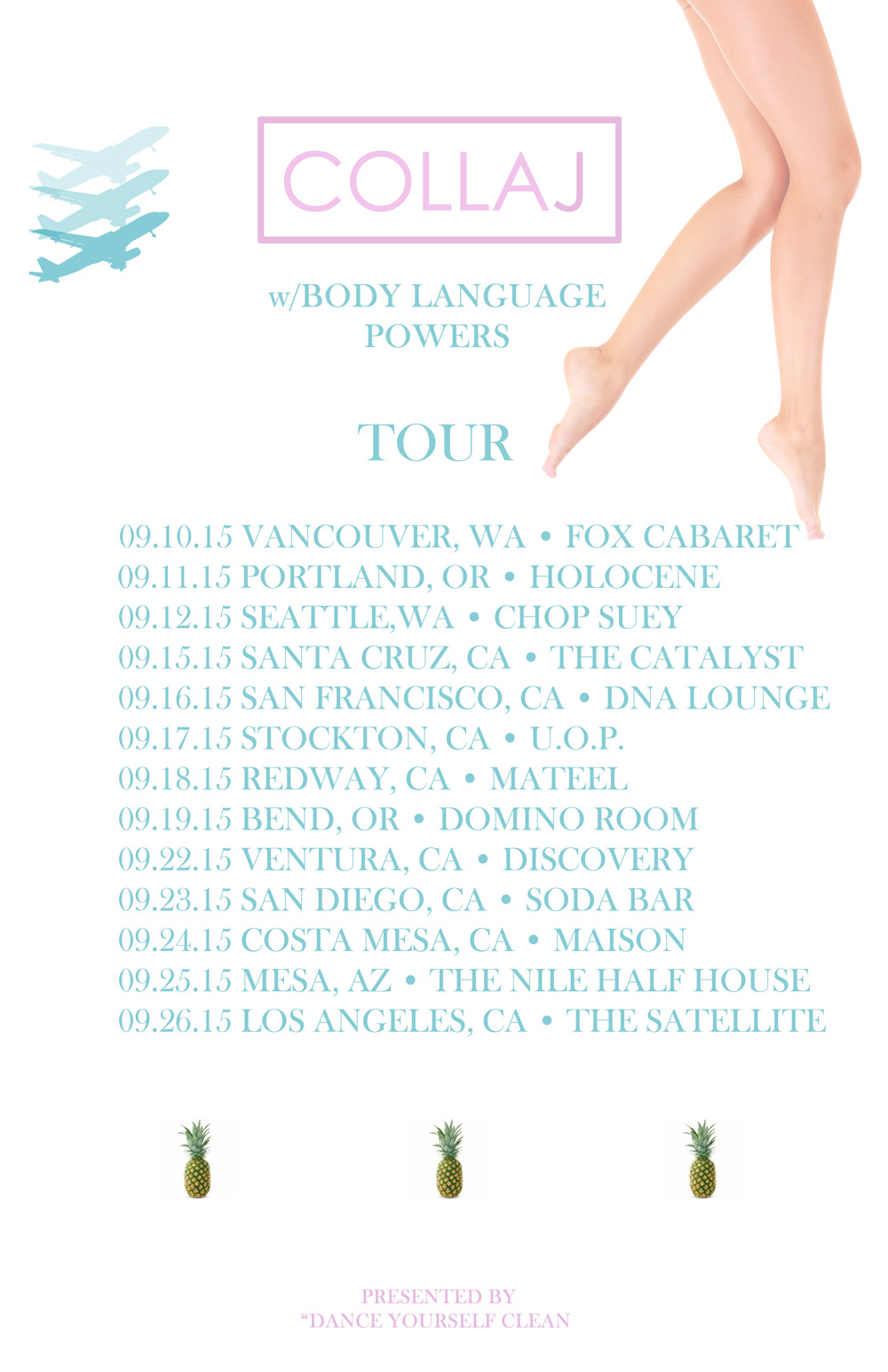 Fans of The Weeknd might have just found themselves a new favorite.

San Fran's Jay Martinovich has been living a double life for the past few years. The daily struggle and heartbreak of life as a social worker in an urban city center forced Martinovich to find a channel for that pain. The result, a burgeoning production and singing career for the double threat that burst its way out of the bedroom, and landed the songwriter in the studio with Troy Noka (Frank Ocean, Chris Brown, Miguel), put him on stage with Penguin Prison and Giraffage, and now brings him to The Untz.

Next month, Collaj hits the road hard with Body Language and Powers as part of Dance Yourself Clean's big indie-pop tour. The run travels down the western coast of North America, so left coast, you've got your work cut out for you.