For those who haven’t gotten the chance to visit, the country of Finland remains an enigma. Squeezed in between Norway, Sweden and Russia, Finland is a unique mix of western and eastern cultures. Finland’s northernmost region, Lapland is one of extremes — during summer, Lapland is home to the midnight sun, or 24-hour daylight. Contrastingly, winter brings an everlasting ‘blue hour,’ when the sun never actually rises and individuals rely on moonlight reflected on snow for minimal natural light.

In the heart of Lapland lies Levi, a ski resort town located just over 100 miles north of the Arctic Circle. Levi offers myriad entertainment to its visitors, such as husky safaris, cross-country skiing, and snowmobiling. This February, things got interesting when it became home to Lapp Dance, a two-weekend long festival featuring a pack of Berlin-based DJs and artists who made the trek up to chilly Lapland to perform in its unique, unforgettable winter environment. 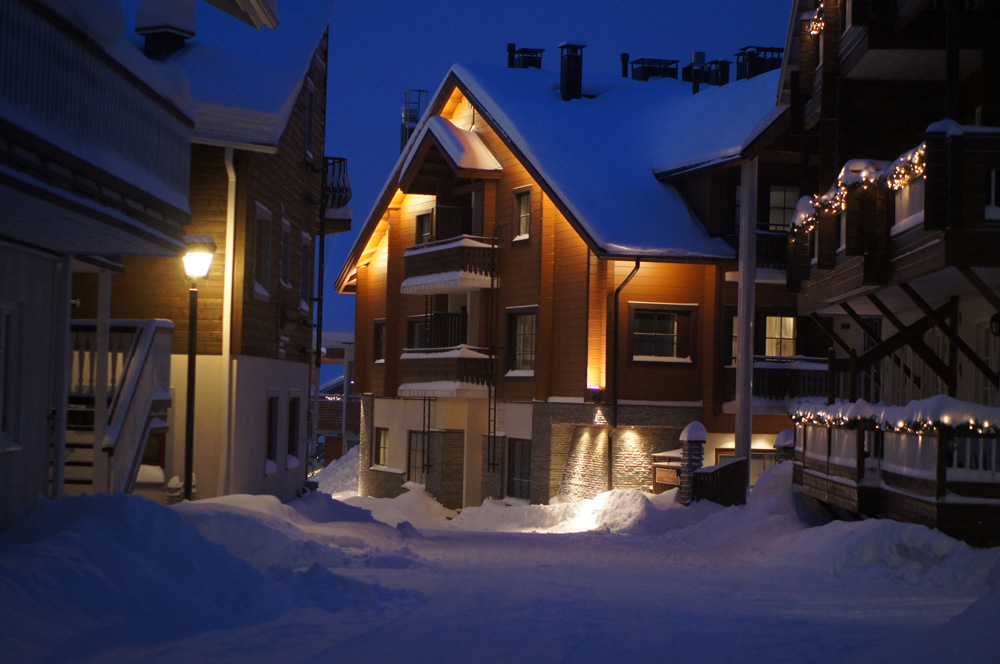 Lapp Dance took place in Levi’s Hullu Poro, or Crazy Reindeer hotel, where festivalgoers were given the opportunity to warm up from the frigid nighttime temperatures. Lapp Dance was hosted by Nordic by Nature and Shameless/Limitless, two promoters who specialize in events within Berlin club culture, as well as Visit Finland, the country’s official travel site. Both NBN and Shameless/Limitless played their part within the festival, spinning DJ sets during both weekends.

The first weekend of Lapp Dance took place on January 23rd and 24th. A modest, intimate audience stood in the hotel’s arena, ready to soak in the clubby vibe that had made its way straight from Berlin to Lapland. First up on the roster was Kid Simius. Born José Antonio García Soler, 26-year-old Kid Simius grew up in southern Spain, where music has influenced him since childhood. Today, he can be found both performing and producing in Berlin. Kid Simius works with pads, several different keyboards and synths to produce a rich, frisky sound. His 2014 release, Wet Sounds, features a crop of dance beats infused with Spanish flavor. Kid Simius collaborated with the popular Siriusmo in Wet Sounds’ “Costa del Sol”, where Siriusmo gives the track a glitchy facelift.

Ada is a German DJ and producer who initially rose to fame through her revered live performances throughout the early 2000s. Progressively becoming more and more integrated into the European techno scene, she released her album Meine zarten Pfoten on legendary DJ Koze’s label, Pampa Records, in 2011. In additional to her vast collection of original material, Ada still comes out with top-tier remixes from other artists, including The Notwist and Owen Pallett. Ada has also collaborated with Koze himself. Based out of Hamburg, Ada continues to create tender, ultra-fine-tuned sounds that keep her fans coming back for more. 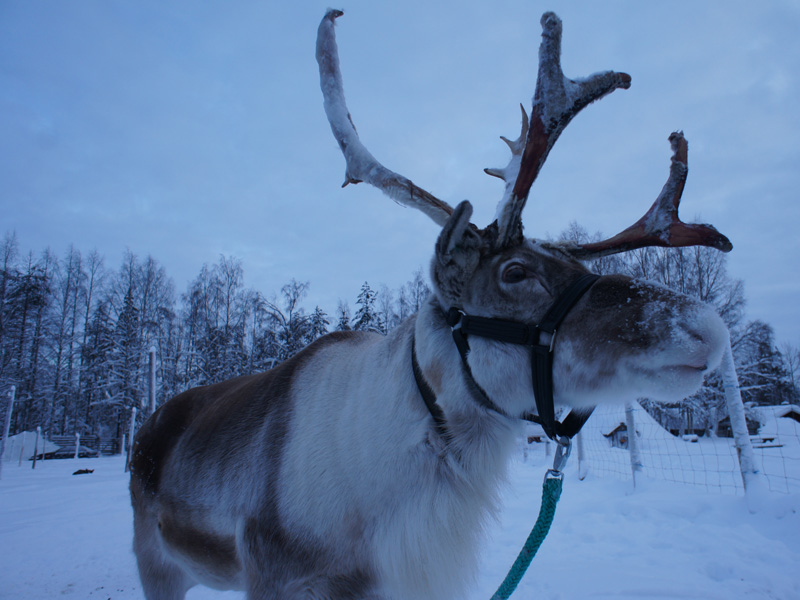 Lapp Dance shed some light on Finnish culture, which is full of quirks and surprises. For example, the Finns are passionate about going to the sauna — sometimes going three or four times a week. There are more reindeer than people in Finland, and it’s not uncommon to come across a reindeer farm when visiting the northernmost region of the country. This is a stark contrast to Finland’s metropolitan hubs, such as Tampere or Helsinki, where life moves at a faster, more urban pace. Tampere is Finland’s most populated inland city, while the Finnish capital is a progressive city filled with young people and alternative scenes. Helsinki is home to over 1 million people, thriving music and art scenes, and plenty of natural getaways a stone’s throw from the city center. Many Lapp Dance attendees traveled from Helsinki up to Lapland and were quickly given a pretty good idea of just how diverse Finland truly is.

The second weekend of Lapp Dance took off when Touchy Mob hit the stage. Touchy Mob is Ludwig Plath, a bearded Berliner who spends his days remixing and producing bass-filled beats. He’s taken to remixing names from all across the board, such as Caribou, CocoRosie, and Radiohead. In January of 2013, Touchy Mob released his most recent album, Cake, on 12” Vinyl. Between his bubbly melodies and bouncy synths, one can’t help but tap their feet to what Plath brings to the table. His style fit right in with what Lapp Dance offered to its attendees, and Touchy Mob’s positive vibes were the perfect companion to the cozy atmosphere found at the Crazy Reindeer hotel venue.

At the heart of Saturday’s lineup was The/Das, the Berlin-based livetronica group who unarguably stole the festival’s last night away. Fabian Fenk (vocals) and Anton Feist (keyboard/guitar) started making music together in 2007, but it wasn’t until 2012 that the four-member gang was fully established. In their few short years active as a four-man group, The/Das already has some noteworthy collaborations under their belt. In 2013, their Fresh Water and Outfashioned EPs were released on Italy's cutting-edge dance label, Life And Death. Last year marked the release of their first full-length album, Freezer, on which the band collaborated with fellow German duo Tale of Us. While performing the Lapp Dance stage, The/Das wowed the audience with “Miami Waters”, “Receiver”, “My Made Up Spook” and an extended version of “Keep This”, wrapping up the track with a lengthy guitar solo. 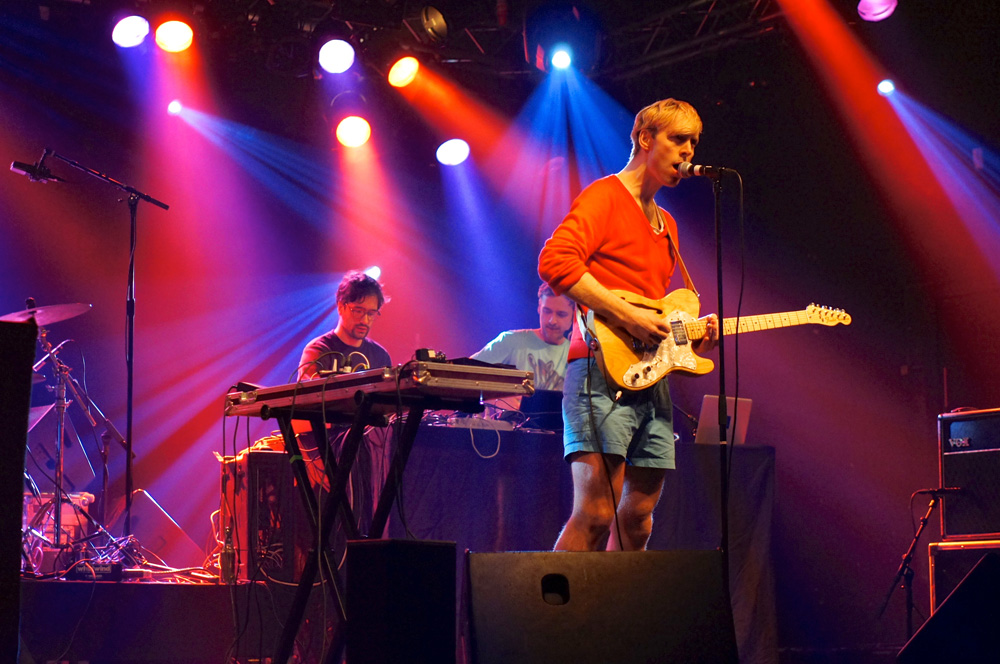 Living an event-filled life in the German capital, The/Das still prefers to keep their group performances to a minimum, playing mostly at private clubs and events. Meanwhile, Fabian continues to perform on his own as a DJ, explaining that his DJ gigs give him inspiration to keep making music. Although The/Das’ sound is upbeat and danceable, the lyrics aren’t all fun and games. “The lyrics come from a time where I was feeling sad and wanted to get rid of those feelings through writing songs”, Fabi said of the Freezer’s “Keep This”. Looking toward the future, the band would like to continue collaborating with likeminded artists, including fellow Lapp Dancer Touchy Mob.

Lapp Dance was born out of the fresh, experimental idea of transporting one metropolis’ club culture into the middle of the wilderness up north. The result was a diverse, humble audience who came together in nature, committed to exploring all the opportunities that Lapland has to offer. After experiencing this unique music festival, one can never look at the winter months in Lapland as anything but fantastic.