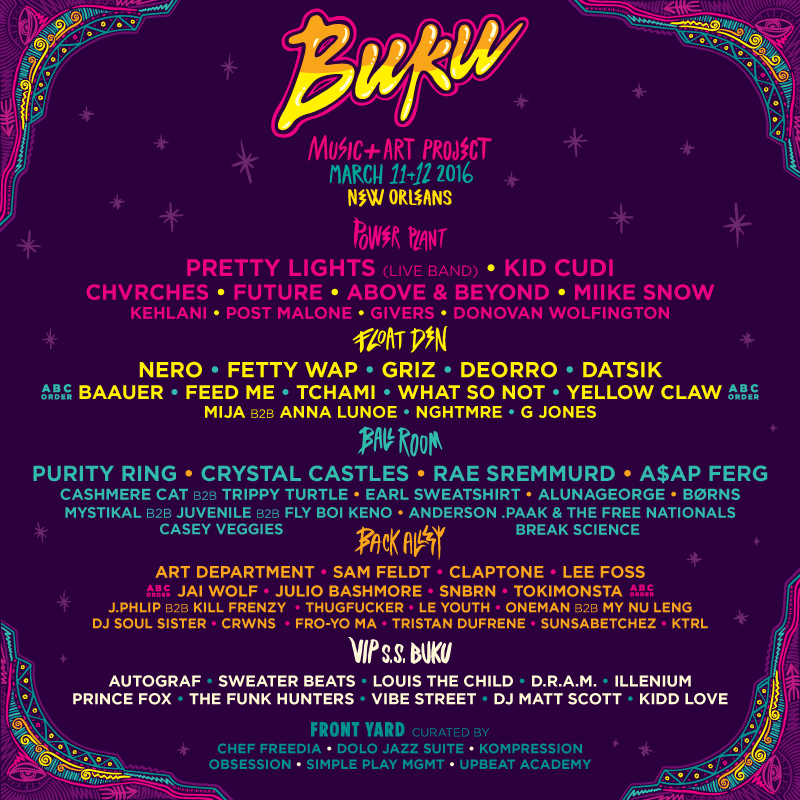 Gearing up to hit Mardi Gras World in New Orleans, LA on March 11 and 12, the Buku Music + Art Project today made its final lineup additions for the 2016 festival.

Joining the already stacked lineup are indie darlings Purity Ring, bass music maestro Datsik, house/techno operatives Claptone and Lee Foss, and a bevy of talent to fill out the VIP-only areas including The Untz Festival's own Illenium, in addition to hip-hop wunderkinds Rae Sremmurd.

Earlier this year, it was announced Pretty Lights would be bringing along his Future Analog Band to make his headlining set a true live monster. Derek Vincent Smith has spent a great deal of time in the studio with some of NOLA's most highly-esteemed acts, especially in the jazz scene, and is working on putting together a monster performance for what is one of his few confirmed US dates for this year.

You can grab your festival passes (and secure your #TOOBUKU entry, if the VIP look is for you), by visiting www.thebukuproject.com/tickets. Climb on board.