For years, Adam Deitch and Borahm Lee have been session players and producers for other artists.  Deitch--in addition to his work with funk monster Lettuce--has produced beats for huge rappers like Talib Kweli, 50 Cent, KRS-One.  Lee worked in the reggae industry for a while, producing tracks for Lee "Scratch" Perry and Matisyahu. 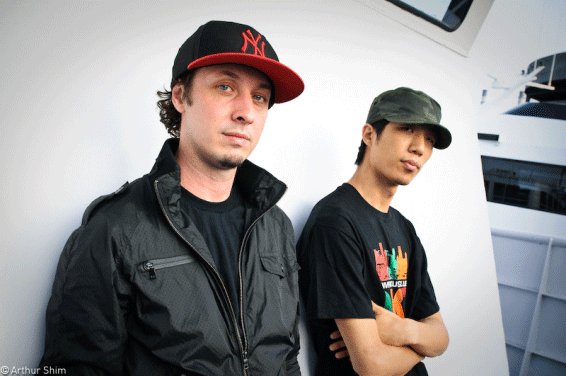 Now, the duo are out on their own as Break Science.  Lee, who is a classically trained keyboardist, handles live production, and Deitch adds his organic and acoustic drum beats.  The pair produced all of their tracks, and their new New-York-sound, hip-hop and dubstep infused album Further Than Our Eyes Can See has just been released, for free, on Pretty Lights Music.  It bears mentioning the Deitch is Derek Vincent Smith's live drummer for his Pretty Lights sets.  Break Science has been added to a number of summer festivals, including Electric Forest Festival, July 4th weekend in Michigan... Lettuce is also on the bill!

Next week, Two Fresh will be featured on the program. Twins Sherwyn and Kendrick Nicholls produce hip-hop and electronic beats along with drummer Colby Buckler in the live setting.  Their latest album, 'Air Mail,' will be out on Elm and Oak and 1320 Records on March 8th, right along with the podcast.