Any Aaron Triggs fan will tell you that “reverence” isn't necessarily one of his priorities. Unafraid to clown other members of the electronic music scene, tackle tender issues on Twitter, or back down when cowed by security at his own show, there should be no question that Bleep Bloop is not only unconcerned with how other producers are acting, he doesn't give a fuck about what they're producing. 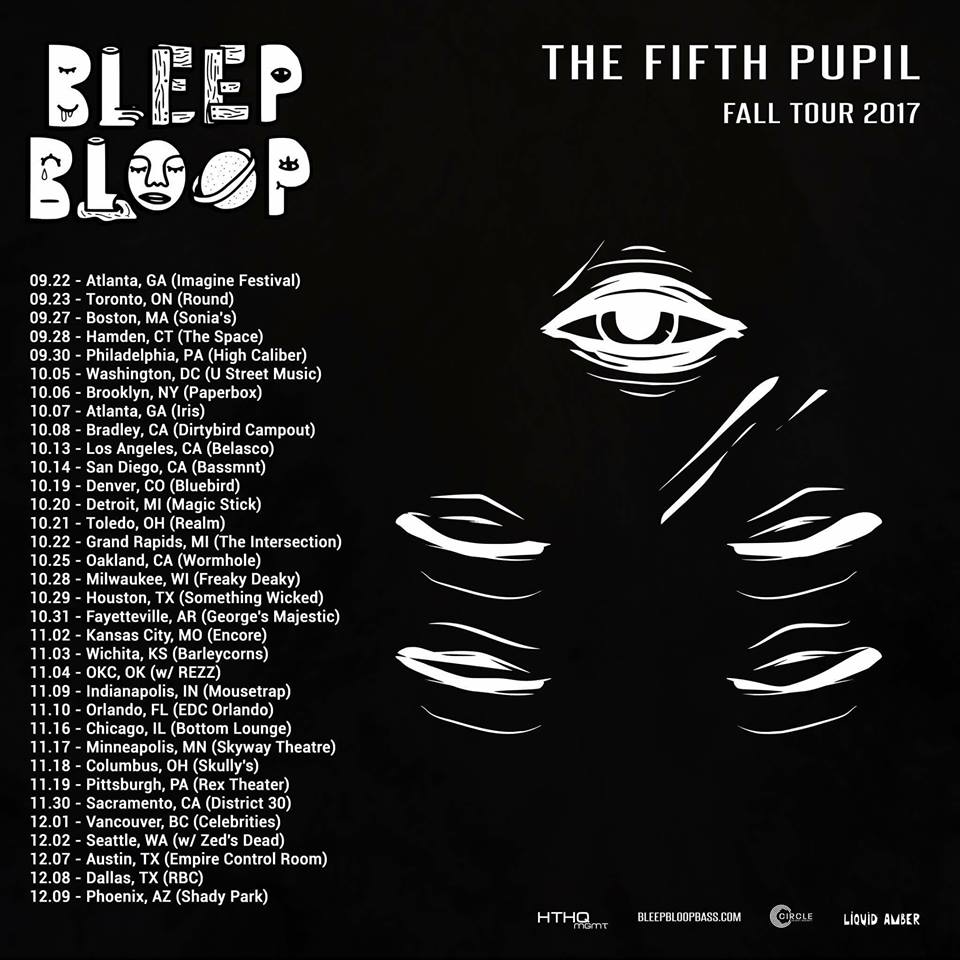 The Fifth Pupil isn't on the same planet as anyone else.

With three original tracks, and a remix of “Angry” by PAINT (The Untz Festival alums Tsuruda x Huxley Anne), there's a dogmatic devotion to innovation unseen anywhere else in the industry. Other artists are frankly too afraid to release music this challenging.

Which is precisely why it's so important that Triggs has amassed an equally rabid fan base who really do "get" what he's trying to do. Don't get me wrong, other producers are going to lift ideas from the title track and “Man and Machine,” but they're not going to be able to capture the essence of what Bleep Bloop is doing here. Challenge rhythm, challenge structure, challenge just what music is and can be. Fairly unpretentiously, too, which is a trick in and of itself.

Could Aaron Triggs have released The Fifth Pupil and toured so triumphantly as he already has started to this fall without releasing one of the songs of the summer in “K-9 Unit,” which every DJ scrambled to get their hands on? Mmmmm... maybe. But I'd like to think Triggs just lives in two different worlds. The blinky lights that make him smile in studio, and the banging beats that make crowds mosh in the wild.

Regardless, his fearlessness on the internets is something that should make us all smile.

Pick your platform for The Fifth Pupil