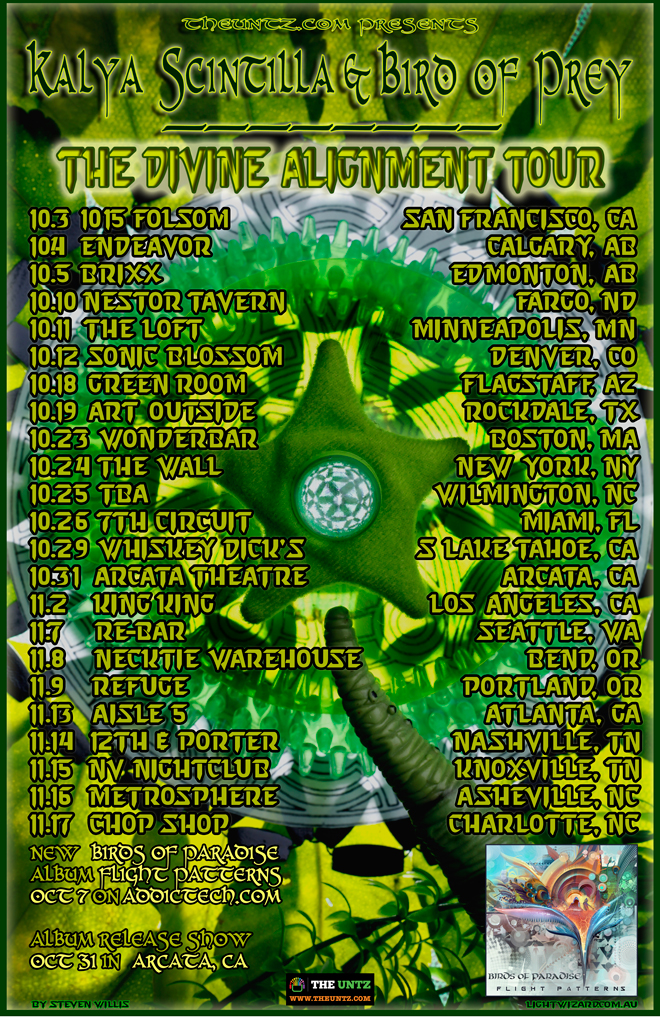 Anticipation has been building for the release of the brand new Birds of Paradise album. The project comprised of Torin Goodnight (Bird of Prey) and Tyler Gibson (GIBSON) has been blending the worlds of psytrance, dubstep, and breakbeats for nearly three years. The Ascended Blasters EP has led up to the triumphant release of Flight Patterns, out October 7th on Addictech. Until the release date, the album can be purchased at a 25% off discount!

Today's premiere of "Mirage" demonstrates the duo's ability to blur genres with a midtempo, bass-infused, tropical adventure. Equal parts melodic and groove-intensive, the track is closer to breaks than the previous single from the album,"Tunnel Visions." You can download "Tunnel Visions" for free to compare! As tempos continue to rise in the psychedelic bass scene, a swirling mix of varying influences advances the industry in an unending quest for a more conscious culture.

As part of that quest to bring spiritual music to the electronic dance marketplace, Goodnight as Bird of Prey is hitting the road with sonic shaman Kalya Scintilla on The Divine Alignment tour, sponsored by TheUntz.com. Bringing their healing bass to both coasts, the southeast, and Canada beginning this weekend, the sounds of a utopian future are certainly spreading faster than we ever imagined.

Northern California, make sure to hit the album release party on Halloween at the Arcata Theatre!