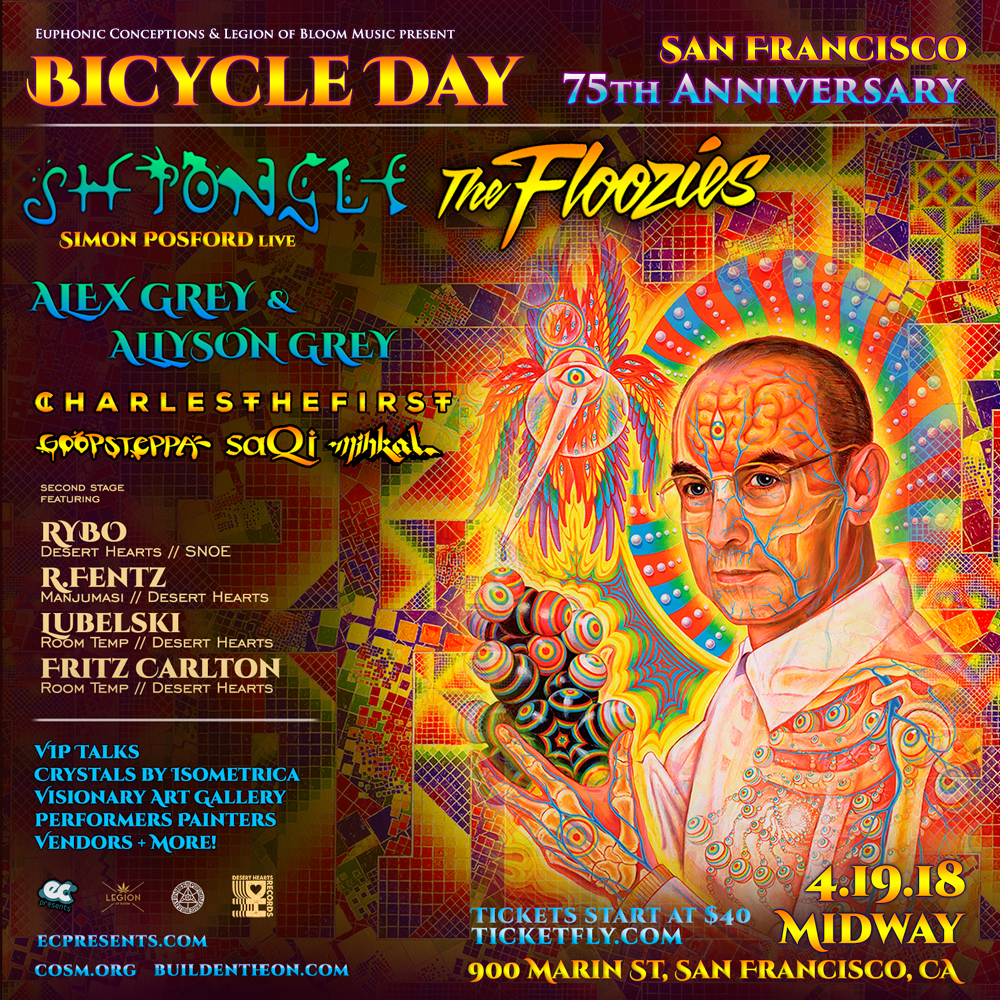 The full San Francisco lineup has been revealed for the 75th Anniversary Bicycle Day celebration. Joining the previously announced talent will be The Floozies, Goopsteppa, saQi, and MiHKAL, along with a Desert Hearts room featuring Rybo, R. Fentz, Lubelski, and Fritz Carlton.

Simon Posford returns to the United States for three high profile Shpongle live dates on this run, accompanied by iconic painters and speakers Alex and Allyson Grey. Joining the tour is breakout star Charles Ingalls, who will be bringing his CharlestheFirst project back to The Untz Festival in June.

Over three dates, the tour hits three major markets in San Francisco on April 19th, which is the actual date of Hoffman's "trip," and opens the run at The Midway. Then it's on to The Mayan in Los Angeles on April 20th. Finally, the tour heads to New Orleans on April 21st for a date at the Joy Theater. The full Los Angeles and New Orleans lineups will be announced tomorrow (March 23).

This major undertaking is the work of Euphonic Conceptions along with the Legion of Bloom, who are bringing together a number of mind-bending artists, musicians, and performers to make each of these stops as unforgettable as Albert Hoffman's bike ride three quarters of a century ago. Visit www.ecpresents.com to snag your tickets today.