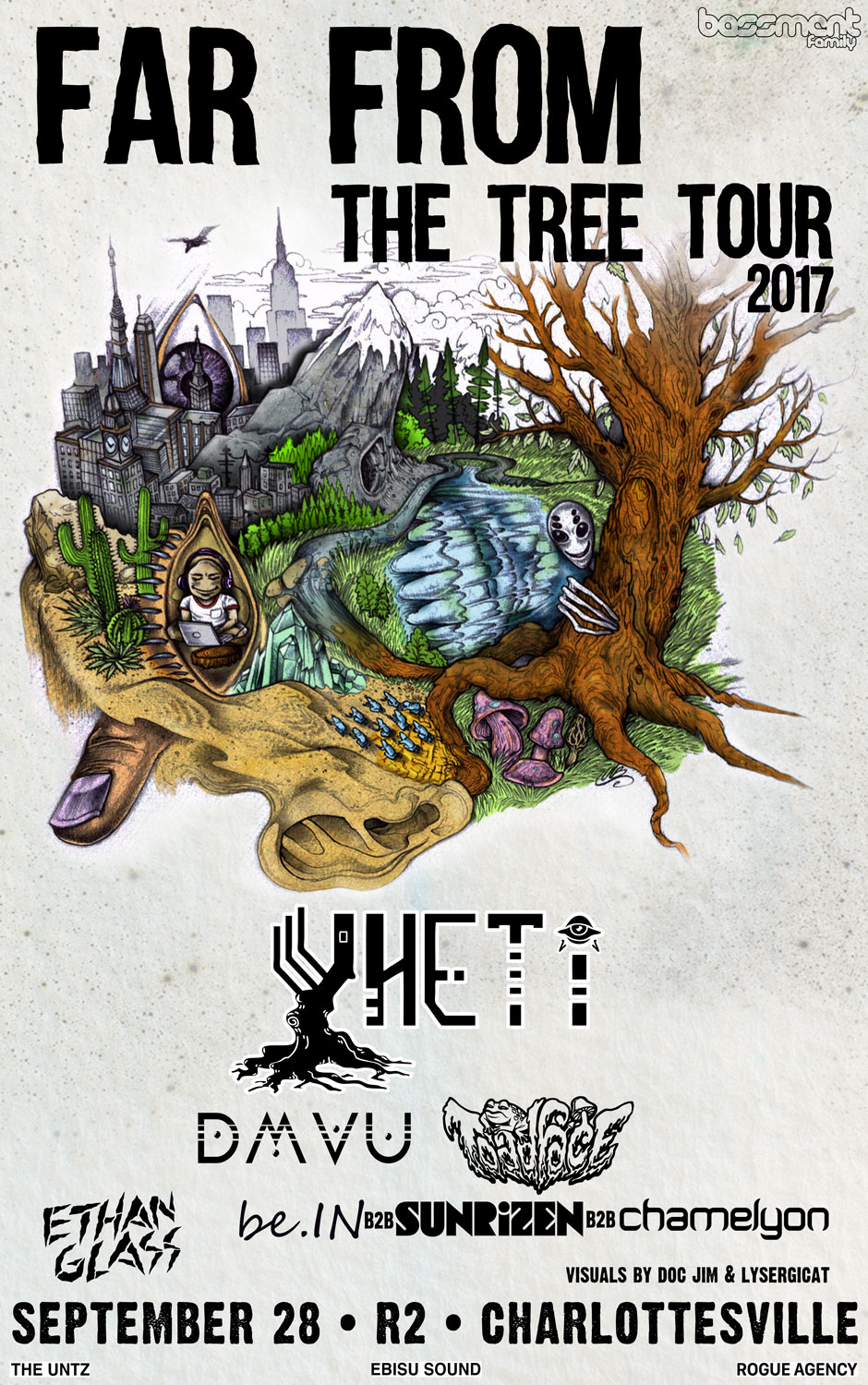 What's the answer to the universe?

That's of course, if you're a Douglas Adams fan, or if you're the Wormhole Music Group and you're looking to cure your bass addiction. The 42nd installment in the Wormfiles series from the Bay Area bass crew comes from the opposite coast. Richmond's Shane Mitchell, who has been building some momentum in central Virginia and beyond as be.IN, today becomes the latest acquisition by our festival partners at the Wormhole to build out their low end empire out of Oakland.

“Tremors” is as hard-hitting as you'd expect it to be if the Wormhole crew tapped it for its series. Clawing and scraping through a jagged, smog-spewing intro, this monster picks up speed and intensity as it hurtles towards its hook. It's a headbanger, all right, and once the train leaves the station, there is no looking back, with huge brass blasts and a metric ton of thumping snare. There is no question this dude's got some major talent.

And of course, everything comes full circle. The Untz Festival in conjunction with The Bassment (who put on The Big Bang unofficial Bass Center X after parties earlier this month) is bringing Yheti's Far From The Tree tour to Charlottesville, Virginia on September 28th. Who happens to be on the bill alongside UNTZ faves DMVU, Toadface, and Ethan Glass? It's be.IN throwing down a special back-to-back-to-back with his Ebisu Sound Collective crew members SunRizen and Chamelyon. What a lineup! You can RSVP to the big bash here, grab your tickets here, and make sure to catch back up with the Wormhole next summer in Mariposa, California. You know why.