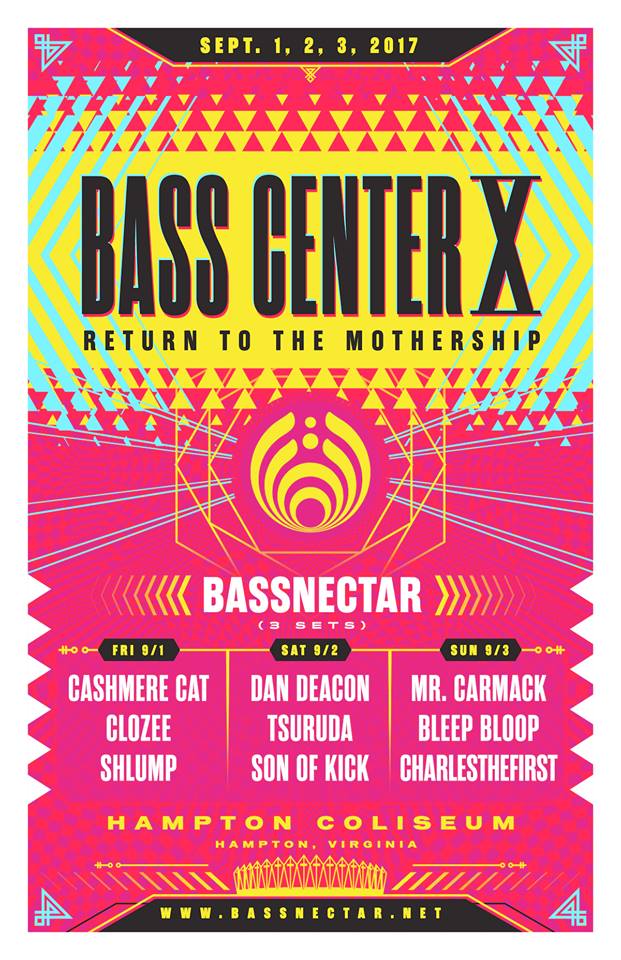 Once again, Lorin Ashton's tastes align with our own. The Sultan of Smash today revealed his plans for The Mothership, as the Basshead community affectionately calls the Hampton Coliseum.

Having made a habit of joining forces with Pretty Lights late each December for two nights at the hallowed venue on the mid-Atlantic's east coast, this marks the first time Bassnectar takes his posse to Hampton, Virginia as the sole headliner, and certainly the first time it's stretched over three days.

This tenth iteration of Bass Center takes place over Labor Day Weekend, September 1-3, and features a number of our favorite acts, including CloZee, Bleep Bloop and Mr. Carmack. What's most exciting is that our festival acts Shlump and Tsuruda made the bill, along with one of last year's breakout stars CharlestheFirst. One of indie hip-hop's hardest working acts, the party starter himself, Dan Deacon, is also on the bill, which should make for a rowdy pit when he gets the entire arena running in a circle or doing the Bartman or whatever his most recent show antics involve.

The Bassnectar team have revealed plans for the on-sale period, which involve measures to prevent scalping. Tickets for the April two-night stand in Atlantic City went fast, and the sad reality is that scalpers are having a field day with these pop-up mini-festivals.

Ticket info can be found here.