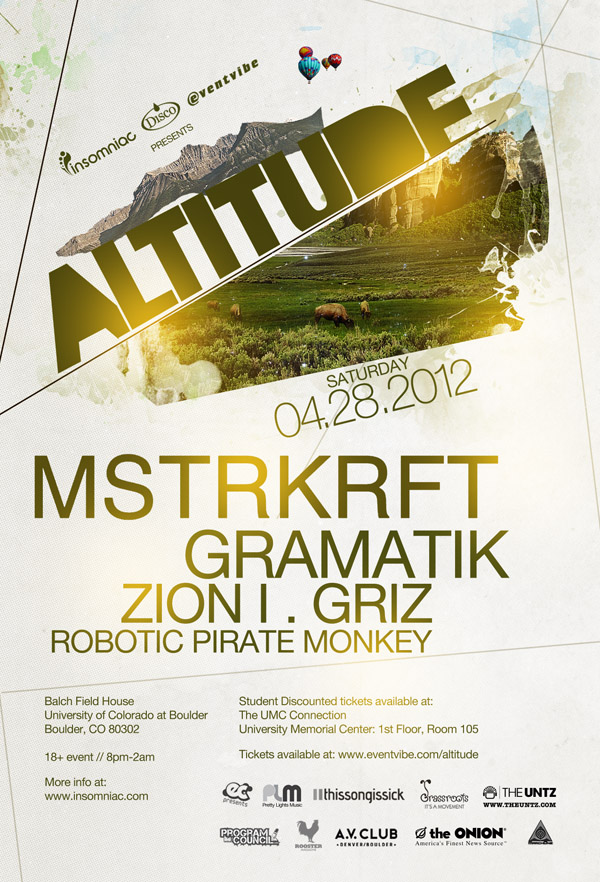 The University of Colorado student-run organization, Program Council, has teamed up with Insomniac Events and Eventvibe to throw an end-of-the-semester party like no other.  Aptly named ALTITUDE, the event boasts top-notch stage production and a stacked line-up including the Canadian electronic duo MSTRKRFT and rising Slovenian producer Gramatik.  What better way to say goodbye to classes and hello to summer?

With Insomniac's reputation for over the top production, you can be sure CU Boulder's Balch Fieldhouse will be transformed into the semester's best dance party.  Or at least its most recent.  West Coast Hip-Hop group Zion I, Michigan's GRiZ and Boulder's own Robotic Pirate Monkey round out the bill.  Despite it being on CU campus, the event IS open to the public.  You have the students and University to thank for putting together such a great event, so be sure to show a little respect.