Story and Photos by: Ellie Salrin 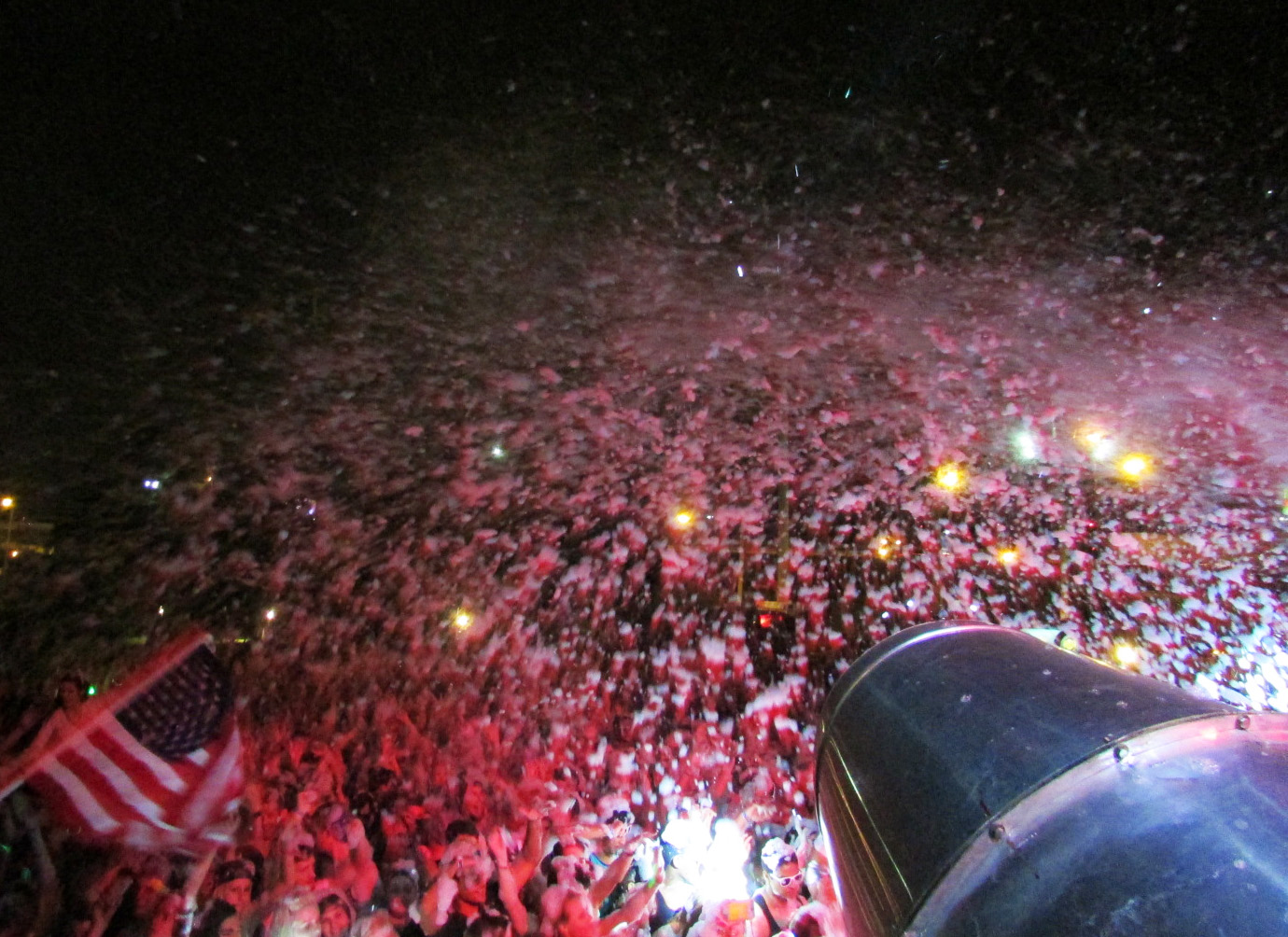 Last month, the toast of L.A. dubstep collided with the bass of STL, while esteemed up-and-coming production company Electric Flurry put on a hell of a charade that tickled the senses and blew minds.

For one night, the Old Rock House in St. Louis, MO was transformed and given a taste of Electric Flurry’s intimate, extrasensory experience, while Cali dubstep pioneers 12th Planet and Flinch threw down alongside Filibusta, Pleasure, and more. It was an evening of rowdy bass, dubstep, glitch hop and beyond, taken to an even deeper level of epicness by phenomenal production including impeccable sound, go-go dancers and performers, and foam cannons that create a state-of-the-art blizzard. Not your typical foam party. The foam was light and airy, and added a fourth dimension to the Cirque de Soleil-esque spectacle.

Several talented regional acts played both inside and outside the Old Rock House, including HODJ, Danny Grooves, MedusA, and Jon Metz. Filibusta got down on the main stage outdoors, at one point climbing on top of the table and rapping.

The crowd of roughly 1,500 people was hype when Flinch, a bass sorcerer out of Los Angeles, took the stage. Born Adam Glassco, he collabs and tours frequently with 12th Planet, and his dubstep and drum and bass fusions have made an impact on audiences and fellow producers alike. He has worked with a unique range of other industry heavyweights like Diplo and Ellie Goulding. Fireworks began to go off over the arch in the distance for late 4th of July festivities, as the dancers seductively twirled on stage. The foam cannons shot off sporadically, which made the audience lose it each time. Flinch, fireworks, foam, foxy ladies, and fat basslines. Not a bad combination...

12th Planet (aka John Dadzie) was up next...a real treat. He has been making dubstep for over eight years. He’s also a king of collaboration, having made tracks with Protohype, Antiserum, Datsik, Kill the Noise, and Skrillex just to name a few. His dabbling in other genres like trap has led to him developing a distinct and robust sound. “L.A.’s Dubstop God,” according to Rolling Stone magazine pulled out all the stops for Flurry.

His stage presence exuded a silly personality who is serious about his music. Keeping everything rowdy yet meticulous, he continued to jump up and down behind the table as his fingers electrified each turn of the knob. Go-go dancers performed in front of him, this time with large silver wings attached to their arms, dancing and flapping them to the music. The foam cannons went off again as everything continued to get wetter and wilder. He grabbed the mic and instructed, “Make some noise if you love your Mom.”

Pleasure (aka Sean McCarthy), our favorite producer of baby-making bass, was up next inside the venue. He is on the heels of his second EP from his exclusive Untz series The Summer of Pleasure. There are three more coming, so keep an eye out on The Untz. He always charms with original tracks and sexytime stunners, at one point during his set proclaiming, “Fuck it, all the girls onstage.” We later got a second helping of Filibusta (Troy Probst), who has been blowing up fests like Sonic Bloom and Electric Forest, and who brought his blossoming funky glitch-hop beats to the stage. 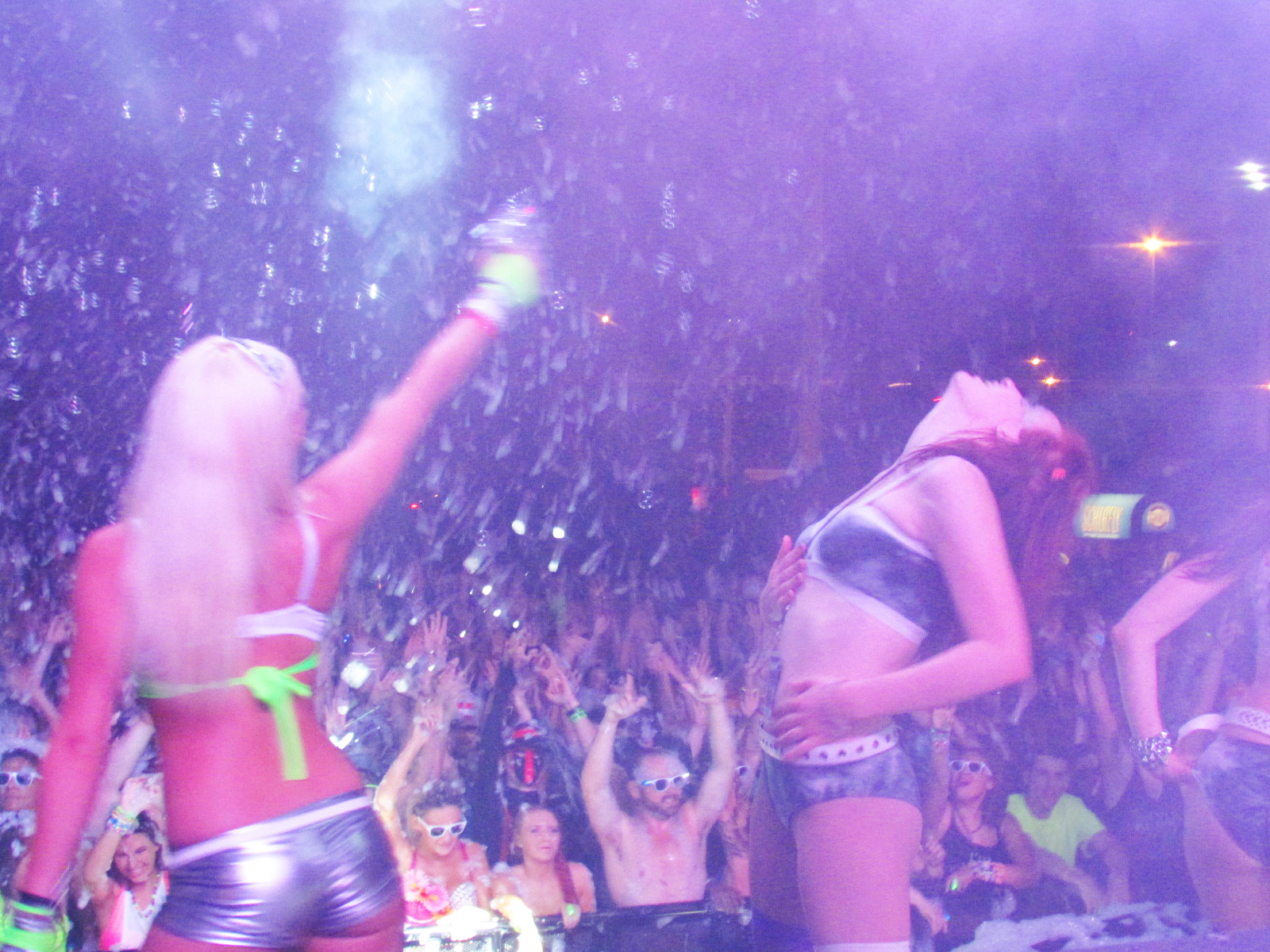 The roll call of musicians was a perfectly collated lineup from all over the map, who each lended a boisterous set. All the while Electric Flurry ensured pristine production and lighting as well choreographed acts and state-of-the art snow machines. I got the opportunity to sit down with mastermind behind Electric Flurry, the CEO and founder, Jared Goetz. He’s a young man with a hell of a lot of ambition and plenty of stories for those in or aspiring towards industry roles.

Ellie Salrin: Can you tell me a little bit about the inception of Electric Flurry, and what inspired it to come about?

Jared Goetz: In college, a couple of my buddies and I were passionate about music and we started putting together events. We threw a Steve Aoki concert, a Lupe Fiasco concert, and did the marketing for these events. The next year, there was a new police chief in town trying to break up all the parties. Halloween was coming up and we decided to throw a show. It was kind of a last minute thing; we had about a month to promote. It ended up being a foam party called Foam Fest and sold out three days before the event to 1,800 people. At that point we realized we had a little bit of a business on our hands. Two of us ventured off and rebranded Foam Fest into Electric Flurry and went from there. We did shows in a couple towns in the upstate New York area then branched off to Florida, and all over the country from there.

ES: Nowadays, concerts and festivals have been incorporating more than just music to create an all-around sensory experience. What are some of unexpected features that come with Electric Flurry events?

JG: It depends on the show, but we have had circus acts, contortionists, aerialists, fire breathers, fire dancers, go-go dancers, LED performers, lasers, pyrotechnics, confetti, balloons. Every show we try to evolve and make each one better than the last one. The EDM scene is really growing fast and the productions is getting so big and crazy. It can be hard to keep up with it all, but we have a great team.

ES: What were some of your favorite cities to bring Electric Flurry to? 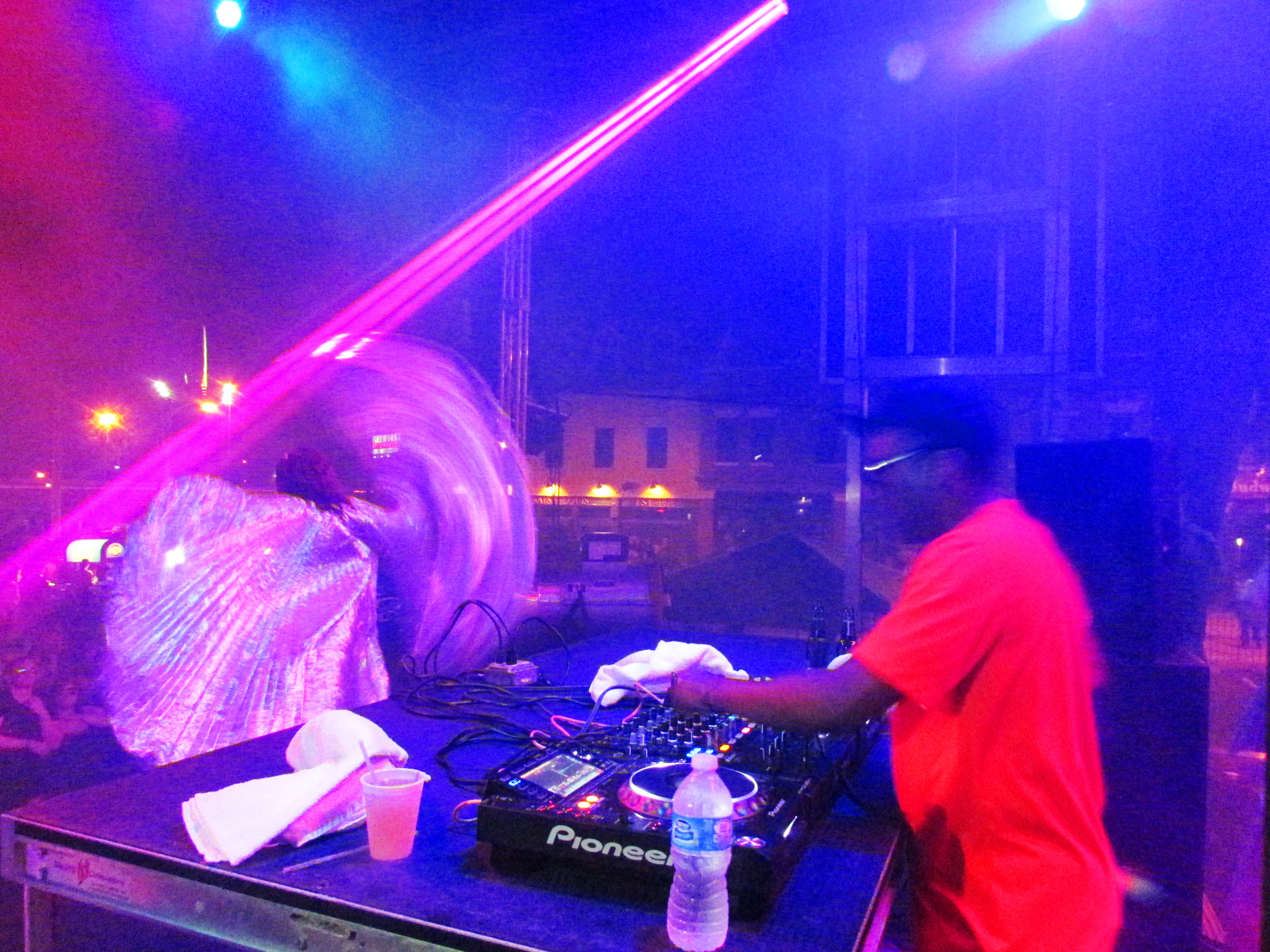 JG: Number one is definitely New York City. We've done six shows there, five of them selling out before the doors opened. We started out at Webster Hall in New York City, which holds 3,000 people. I have to credit their event producer for essentially teaching me everything I know about producing events. When we first worked with them, we had a brand called Electric Flurry, we had some foam machines, and we had done two shows before but they were nothing special. We were two young twenty-year-olds. Then we found Webster Hall. Their staff was on point, they had an entertainment manager, and all these different entertainers. I learned from the roots of the operation. My next favorite was Miami. My business partner and I moved to South Beach for a year and we threw a sold out show there. That was a great first experience in Florida. We really haven’t had a bad experience yet.

ES: What have you learned from your experience coordinating such large scale events?

JG: The number one thing I've learned is the importance of having a well-trained and dedicated team. A team that knows how to manage each other and work together to make something happen because there's so many moving parts putting on an event. It doesn’t work if everyone’s not in sync with each other.

ES: I agree; I've worked at a few different festivals and events doing production and hospitality. I can definitely attest that you need to have the right people behind the scenes to make it all happen. One final question; as a CEO and managing partner of an LLC, what can you share with other ambitious individuals looking to make their dreams a reality?

JG: Honestly, my main piece of advice is that you're going to fall down so many more times than you think you're going to. You're gonna get in situations where you think you’re better off giving up and starting something different. Every time you're at the bottom, you can only go up, and you become a stronger person every time you do so. That's what people need to remember. It's not necessarily a bad thing to fail.  I've almost given up so many times, but look where we are now.