This week Temple Fridays celebrates the release of Wiggle Room, the first EP on resident DJ Eric Sharp's Rock It Science Laboratories label. Headlining the event will be Santiago & Bushido, who have been tearing it up in the studio working with folks like Green Velvet and Colette and who delivered a great remix for the release. Eric Sharp will warm up the main room, while the Destiny Lounge will feature Wiggle Room remixer Andrew Phelan as well as Rock It Science artist Native Intelligence.
RSVP to eric@rockitscienceSF.com for free admission before 12, $10 after
MAIN ROOM:
SANTIAGO & BUSHIDO (Om, Potty Mouth, Rock It Science - Chicago)
Amidst the countless DJ's and producers working in the burgeoning Chicago house scene, Santiago and Bushido stand apart from the rest with their unique blend of tech-tinged house beats and killer remixes that are becoming quite the sought-after commodity. Since teaming up as a production duo in 2003, Chris Santiago and Tim Bush have dropped numerous EP's and remixes on some of the most well respected labels around including Potty Mouth, Om, and Ultra, generating a significant following in the process. Their unique sound and flawless DJ sets have helped to establish Santiago & Bushido as one of the premier acts in dance music today.
ERIC SHARP (Rock It Science, Flavor Group)
Not content with his meteoric local success in San Francisco, Eric Sharp has taken a huge step forward in his career by launching his music label and releasing his first EP. With numerous remixes out in the past year and big things to come, Eric is quickly proving himself to be every bit as talented in the studio as he is behind the decks.
DESTINY LOUNGE:
ANDREW PHELAN (Prismatic, Rock It Science)
Andrew Phelan was raised on Chicago’s underground house scene, influenced early by local jocks such as Derrick Carter, Sneak, Halo and Justin Long. Andrew is an accomplished DJ, Producer, Remixer, and label owner (Prismatic Tracks); we are excited to welcome his deep and funky house styling to the Destiny Lounge.
NATIVE INTELLIGENCE (Rock It Science, Headset, Sleevin)
Native Intelligence is on the verge of “overnight” success because he has worked his whole life for this moment. Saturated for almost two decades in the local SF and international club scene, Native Intelligence aka Duane Kenneth Williams is no stranger to the ins and outs of the electronic dance business and what type of drive, creativity and patience it takes to succeed in creating/marketing music production and furiously rocking the dance floor.
About the release:
Preview at http://www.rockitscienceSF.com/releases
Wiggle Room is the first pounding release on the fresh Rock It Science Laboratories label. DJ Fame and Eric Sharp have all thrusters going full throttle, turning out a twister of a track (think monster Slinky on Red Bull.) Enlisted for a super hy-phy profile remix are two high honored cadets of the Chicago club sound, Santiago & Bushido. The Trillbass gang takes us to the dark forest of Dubstep, winding us down creepy turns and shivering bass drops. Finally Andrew Phelan and George Cochrane make the list here as well with not 1 but 2 housey wigglers. DJ Support from Drop The Lime, Donald Glaude, Onionz, Larry Tee, Charles Feelgood, Roy Davis Jr, Johnny Vicious, Scotty Boy and much more. 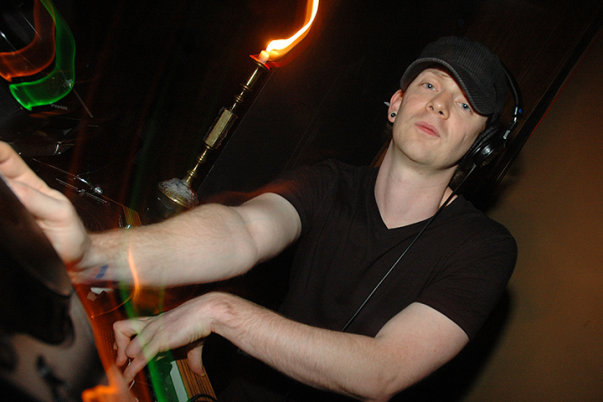