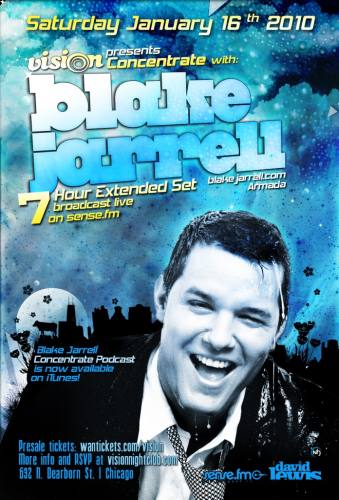 BLAKE JARRELL
The past two years have brought this extraordinary young artist a plethora of serious achievements. From his ongoing summer residency at the legendary Amnesia club in Ibiza, to a 40 country world tour to complement his successful 2-disc DJ mixed compilation for the Armada Dancefloor Sessions series. Blake Jarrell is one of the fastest rising stars in the dance music industry today.
It is hard to believe that just a few years ago Blake's fortunes we're anything but good. Blake arrived in his adopted hometown of Chicago in 2005 shortly after packing up all his belongings and fleeing the Mississippi Delta from the menace of Hurricane Katrina. The Windy City's vibrant electronic music community embraced Blake's natural fan making ability and he was making waves in no time.
Blake quickly rose through the ranks of local jocks and a big break was just ahead. Some high profile bookings brought on a chance meeting with Armada Music's head aficionado Armin Van Buuren. After listening to a few of his original productions, Armin contacted Blake and soon after he joined the Armada artist roster. Since that time Armin has invited Blake on several of his world tours as an exclusive special guest performer. Finally, Blake cemented his relationship with Armada Music when he joined a select group of international stars for full summer residencies at Armada's weekly shindig at Amnesia in Ibiza in 2007 and 2008.
Battle tested indeed, after traveling to over 90 cities, the New Orleans kid turned Chicago hometown heavyweight remains busy and is looking to climb further up the DJ charts with an intense schedule of original productions and remixes. Blake's studio skills are what earned him an undisputed reputation and his creativity is enjoyed and heavily supported by Markus Schulz, Tiesto, Ferry Corsten, Paul van Dyk, Pete Tong, Matthew Dekay, John Digweed, Paul Oakenfold and of course Armin Van Buuren.
Blake recalls his 2008 hit Punta del Este and his remix of Moussa Clark's She Wants Him as just some of the highlights of his young career. The former was featured on Armin Van Buuren's acclaimed A State of Trance 2008 compilation, and the latter held the #1 position on Beatport's trance charts for several weeks.
It is this blistering pace of success that has kept Blake grounded which explains his dedication to expanding his monthly radio show Concentrate. The show continues to evolve and reach new audiences by featuring signature mix sets from Blake Jarrell and special international guests. He believes in his fans immensely and works tirelessly to give back to the people that have supported him and his records.
Blake is set to kick off 2009 with an international tour in the better part of February in support of his upcoming project for Armada Music. A unique compilation that will feature some of Blake's original work as well as high profile remixes. The album will debut at the Winter Music Conference in Miami at the end of March with a CD release on Armada Music scheduled shortly after. The tour will see Blake off to Riga, Stockholm, Helsinki, Vancouver, Toronto, Miami, Boracay, and San Francisco, among others. Blake Jarrell sets the bar awfully high for aspiring young artists from Chicago, New Orleans and beyond, but it is his perseverance, dedication, hard work, and most of all passion for his craft that sees him through to the top and across the world.
This night will also be broadcasted live on www.Sense.FM !
VISION DOME ROOM
:HIP-HOP & DANCE FAV'S:.
DJ SPIN [B96 | dj-spin.com]
DJ Mach 1 [103.5 kiss fm]
TICKET INFO
Presale General Admission - $10
Reduced Admission RSVP: Click HERE to RSVP
Free before 12am, Reduced after.
TABLE RESERVATIONS
In need of some extra VIP treatment? Call VIP Hosts
Joe B. or Catherine at 312.504.9400
CELEBRATING A SPECIAL OCCASION?
Contact Ashley Mills at 312.266.1944 or send her an email at amills@aceplaces.com. 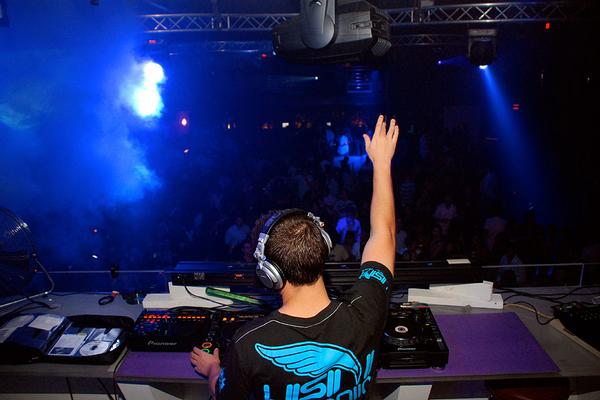