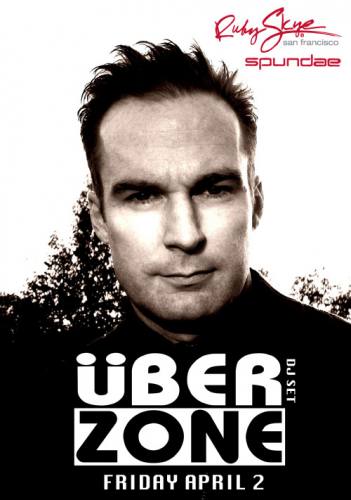 Ruby Skye & Spundae Present
UBERZONE
I love the concept of the man-machine writing process, but one thing I realized while making this record is that there's a spirituality in human collaboration. As much as I enjoy working in the studio alone, having another input helps bring out new ideas... Speaking in terms of lateral thinking, it helped burn a few new neural pathways. - Q
Uberzone is the brainchild of southern California native Q (named after the gizmo -loving James Bond character). Like his namesake, Q is a die-hard collector of all things electronic, and has been collecting electronic-music gear since his early teens.
His early singles, Botz and The Freaks, released on taste-maker indie dance label City of Angels, were critically acclaimed club tracks that established Q as one of the leading American producers of breakbeat music. These singles were charted consistently by DJs like Florida's DJ Icey and the UK's Adam Freeland, among others. His remixes of Sarah McLachlan, The Crystal Method and BT also established him as one of the biggest names in the American dance scene. Spin Magazine named Uberzone as one of the six producers to create the biggest beats ever.  Q does have Faith in the Future. Sometime during my life I turned from a pessimist into an optimist. Faith in the Future ties into technology, electronic music and my lasting desire to live in the Jetson Age. Perhaps that's why Uberzone's debut album, Faith in the Future has a feeling to it unlike any other electronic album. It recalls influences from quirky sci-fantasy film soundtracks to Planet Rock to dream-pop to the energetic, future breaks that Uberzone has created in ways no one else can approach. 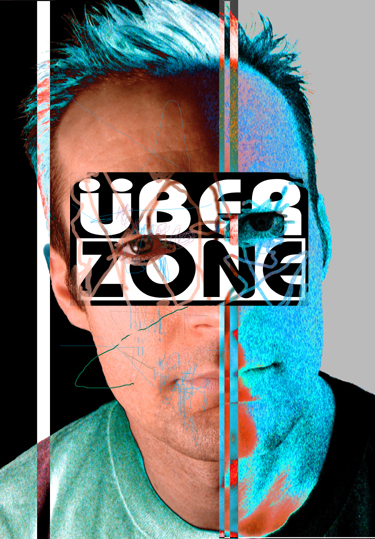