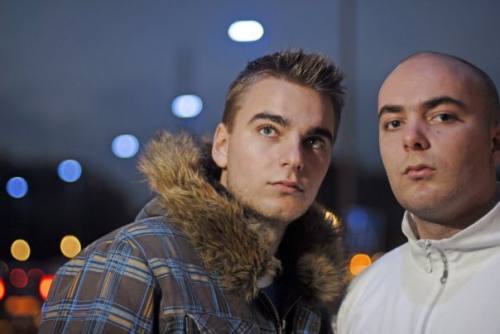 What: The World is Mine SHOWTEK have always been instigators of musical debauchery, the brothers that hit hard and clean. Their first album, 2007’s “Today is Tomorrow” launched the duo into the forefront of the hard dance scene, and cemented their status as the worlds most innovative within the genre.

Relentless touring followed as the brothers continued to refine their sound and live shows and released their second award winning album in 2009. Sell out appearances in the US, Holland and Europe began catching the attention of the worldwide EDM community, and it wasn’t long before SHOWTEKS true brilliance was revealed and they start touring intense around the world which has proven their sound and live shows are second to none.

In support of their Ministry of Sound (2010) double compilation album entitled “Fuck the System”, a DJ/Live performance, in-sync visuals paired with a live singer and jaw-dropping special effects is what set them on the highest level of performing artists. Unlimited Productions (also the tour production company behind Tiesto and Ferry Corsten to name but a few) take this extreme live show to the stadium level and will undoubtedly catapult this already successful duo into superstardom. The FTS tour is already one of the most talked about EDM experiences to date. With shows coming up in all corners of the globe, their sold out solo FTS event at Glasgow’s 02 Arena is already legendary.

The duo has been slammed with accolades from the word go. They became the first act in their genre to record a BBC Radio 1 Essential Mix; they received many awards, including ‘Hold Us Back’ being awarded The Beatport Award for ‘Best Selling Hard Dance Track of 2008’. One year after Showtek stunned all their opponents and won every award in their category; ‘Best Track’, ‘Best DJ’, ‘Best Album’, ‘Best producer’ and ‘Best Compilation’. Showtek’s massive track ‘Raver’ was featured on the soundtrack of the international blockbuster ‘Bruno’, the Sacha Baron Cohen movie. In the following year they where asked to host their own stage at huge European festivals like; Dance Valley (Netherlands) Electrocity and performed on Creamfields UK and even stopped by on Ibiza for Judgement Sundays.

It’s fair to say that Showtek has been taking over the world of late, having recently debuted in the prestigious DJ Mag Top 100 poll. The brothers have been one of the most talked about music groups in the EDM world, with a buzz around them that’s reaching a fever pitch when rumors get confirmed when was announced they will perform on the same stage with Canada’s favourite son, Deadmau5 for one monumental New Years Eve party. High profile festivals across the world are now cueing to book them on their 2011 stages.

Very few artists in any genre ever reach the pinnacle of success that Showtek already have accomplished. But for these dynamic brothers from Eindhoven, this is truly just the tip of the iceberg.

“World dominators in each and every way! Globally they sell out big shows on all continents – They are true global ambassadors”. Tillate Magazine

“They took numerous Hard Dance awards, had their track featured in the film Brüno and got play on MTV’s Dance channel in Holland. Harddance duo Showtek, aká Dutch brothers Wouter and Sjoerd Janssen, has had a phenomenal year”. Mixmag

“If the prodigy made Hardstyle, it would probably sound something like Showtek’s album, Analogue Players In A Digital World! DJ Mag

Over the past 12 months, Showtek have exploded within the hard styles, from headlining the biggest festivals to picking up many awards, to selling out their debut 5000 capacity show in America! They’re kind of a big deal! BBC Radio 1

A seasoned veteran breakbeat DJ having shared the stage with every major names in the genre for nearly a decade in the West Coast. Paul Song aka Sidestep has cemented his role as a force in the EDM industry. Responsible for the infamous Red Cube events out of Portland Oregon, Paul has hosted nearly every major dance music tour worth mentioning year and and year out. 2010 have seen partnerships with the country's leading electronic music production group Insomniac out of Los Angeles thus furthering the Red Cube legacy.

Just One first became interested in music at an early age, as he grew, so did his passion for listening to it. His interest in becoming a disc jockey was sparked back in 2000 after attending several large were house parties in Seattle. Now with over ten years experience behind the decks, he uses his eclectic taste in bass to deliver wide-ranging and rib-crushing sets. He comes prepared to punish you with an arsenal of dubstep, d&b, haftime d&b, glitch hop, electro, and bassline house that will give just about anyone a bass face. Proudly representing Harvard $t Mafia, Tap Tap, and the Shift dubstep crew! Just One is making an impact on the Pacific NW with no sign of slowing down!!

And your favorite NW Locals!

Love Outside the Box