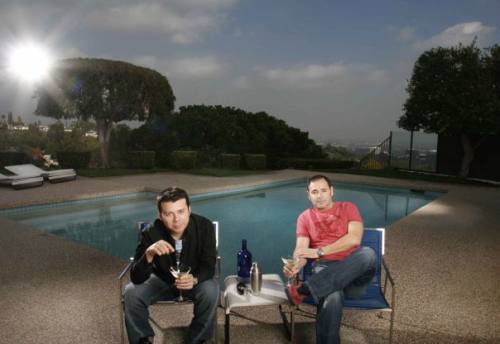 What: The Crystal Method @ Vain

Artists:
Crystal Method
Information:
The Crystal Method are a pair of basement beat scientists rocking out in suburban Los Angeles, techno kings as comfortable on the dance floor as on rock radio, and just as wildly uneven. At their best, partners Ken Jordan and Scott Kirkland match power and hooks in dance tracks that throb with raw inspiration and intense sexual energy. Its early reputation built on the strength of furious 12-inch singles ("Now Is the Time"), the Crystal Method finally stepped beyond the rave scene with Vegas; "Busy Child" was a medium hit that momentarily busted open the '90s mainstream in league with Prodigy and the Chemical Brothers. Aggressive beats, found voices, and desperate hooks collide and tumble at a brutal pace. If only it all rocked this hard. "High Roller" is like a metal drum solo that won't end, and "Comin' Back" hasn't progressed much beyond the most disposable '70s Eurodisco. The revolution won't survive on filler alone.
What followed had just as much padding, minus the hard-hitting club rockers. The groove on Tweekend is hopelessly adrift, resorting to the same big-time rock excesses that techno was supposed to replace -- tracks of endless noodling and simplistic beats. The Method hadn't learned the lessons every metal band must eventually grasp: A riff is not a song, and a hot beat is not nearly enough. Community Service is an inessential gathering of cluttered remixes that take too long to ignite (Orbital, P.O.D., Rage Against the Machine) or go nowhere at all. Legion of Boom is a sudden return to relevance. The beat still reigns supreme, but the Method is finally bored with simple repetition, incorporating live vocals and guitars (Limp Bizkit's Wes Borland) without surrendering the techno flag. There is no career-defining "Busy Child," but Boom is easily the duo's most consistent collection, all slash, burn, and bounce, and an energetic commitment to the concept of electronics as rock & roll.