Join hundreds of EDM faithfuls along with THE BINGO PLAYERS and Jimmie Page as the infamous 2010 Hillton Rooftop Presidential suite After Party transcends to the Sky Line on the 1st Annual Sunset yacht party. This year will be amazing and the one you don't want to miss as we sail past Ultra Music festival and into the blue waters of the Atlantic aboard the USS Musette . Rocking out to talented DJs throughout the US as we watch the Sunset across the Miami Sky Line, it get no better than this! Featuring DJs... BINGO PLAYERS, JIMMIE PAGE, KENNETH THOMAS, RICHARD FRAIOLI, DJ IDEAL, DJ DANNY BO, Dj JAMMIN JAKE and more TBA.

EARLY BIRD TICKETS ARE SOLD OUT!

GET YOUR PRE-SALE TICKETS TODAY AS WE WILL SELL OUT!

CASH BAR ONLY. There are NO ATM Machines aboard the Musette.

To all that Purchase a Ticket will recieve Exclusive VIP Entrance to the Infamous Top Secret JP/UMF Penthouse Presidential Suite AfterParty. Check out the Below.

We are Proud to announce our Super Special UMF/JP Penthouse Suite AfterParty Host Streight From the UMF Main Stages...

Also making an appearance: Ultra Artists - Jimmie Page, Nate Campbell, DJ Ideal and Jay Break, Jordan Rodger, The Trophy and Some Secret Major UMF Artists.. If you have been to... any of the Last 5 Parties you would know some of the Worlds Biggest Talent have shown up each year to rock it... This will be NO Different as a Shocker or two wink wink will be in the House for you Listening Pleasure..

Directly following Ultra Music Festival Saturday Night Join UMF Official Host Damian Pinto, UMF Artist Jimmie Page and Surprise UMF Guest DJ's as they Rock the Presidential Suite once again. Last year Hundreds witnessed the Hottest AfterParty Miami had to offer. This Year will be no Different as the Bar has been raised... Just knowing the DJ's that have appeared in the last 3 Years this Year's Very Special UMF Guests Tops them all... A couple UMF Mind Blowers will be in the House!! Tantra Nightclub will be transformed into the Largest Penthouse Presidentail Suite in Miami for one Night. The Venue is Absoltely Amazing and the only one in Miami that holds the Top Secret JP/UMF Penthouse Presidential Suite Party.... The tradition continues as The Trophy will make a Special Appearance!!!! Get ready for Chicago/Miami Luxury, Miami here we come 150K Deep...

See you in Miami!!

Back in 2008 the Bingo Players were still experiencing the extensive aftermath of their UHM and; Tony Flexx – “Our House” remix. The cooperation with Chocolate Puma on the legendary label Strictly Rhythm/Defected, “Touch Me” was released and gained support all over. If that wasn’t enough, it also hit Beatport’s chart number one position! “Touch Me” then appeared on various compilations, like Defected In The House and Sensation White.

After that, Dutch house mogul, ErickE’s “Wanna Go Again”,and was treated with the inner Bingo and this remix hit the Dance Tunes top position and was inserted in the CD machines of Noir, Sander van Doorn and Patric La Funk amongst others. In September 2008 “Get Up” hit the shelves following a huge buzz and support from Laidback Luke, A Trak, Crookers and made it onto the 2008 I LOVE TECHNO! compilation, mixed by Boys Noize.

Their next release “Chop” was a massive club hit, reaching no. 2 on the Beatport charts and remained in the top 10 for weeks. After that, their remixes for Joachim Garraud (Are You Ready), Sir James (Special), Ron Caroll (Bump To Dis) and Kristine W (Feel What You Want) were also big tunes and huge Beatport favourites.

2009 saw a new collaboration with Chocolate Puma on a track called “Disco Electrique”, which shot to no. 2 in the Beatport Chart. Internationally revered as ‘hot from Holland’ the Bingo’s year was full of incredible bookings in clubs worldwide along with several appearances at big international festivals such as Creamfields in the UK.

It’s no surprise then that nowadays every DJ supports the Bingo sound. Think of names like David Guetta, Axwell, Fedde Le Grand, Martin Solveig, Laidback Luke, Roger Sanchez, Sander Van Doorn, Sebastian Ingrosso and many more. The Bingo Players are the living proof things can take a sudden turn for the better! So what’s next you might wonder? Enough... their next release “No. 1 Disco” will be out soon as well as new remixes for Fedde Le Grand, Mastiksoul and Martin Solveig. With focus on dominating the world of bingo in 2011, hold on to your bingo cards; it’s game time on the Yacht! 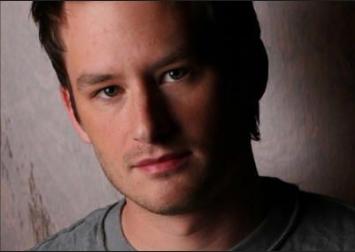